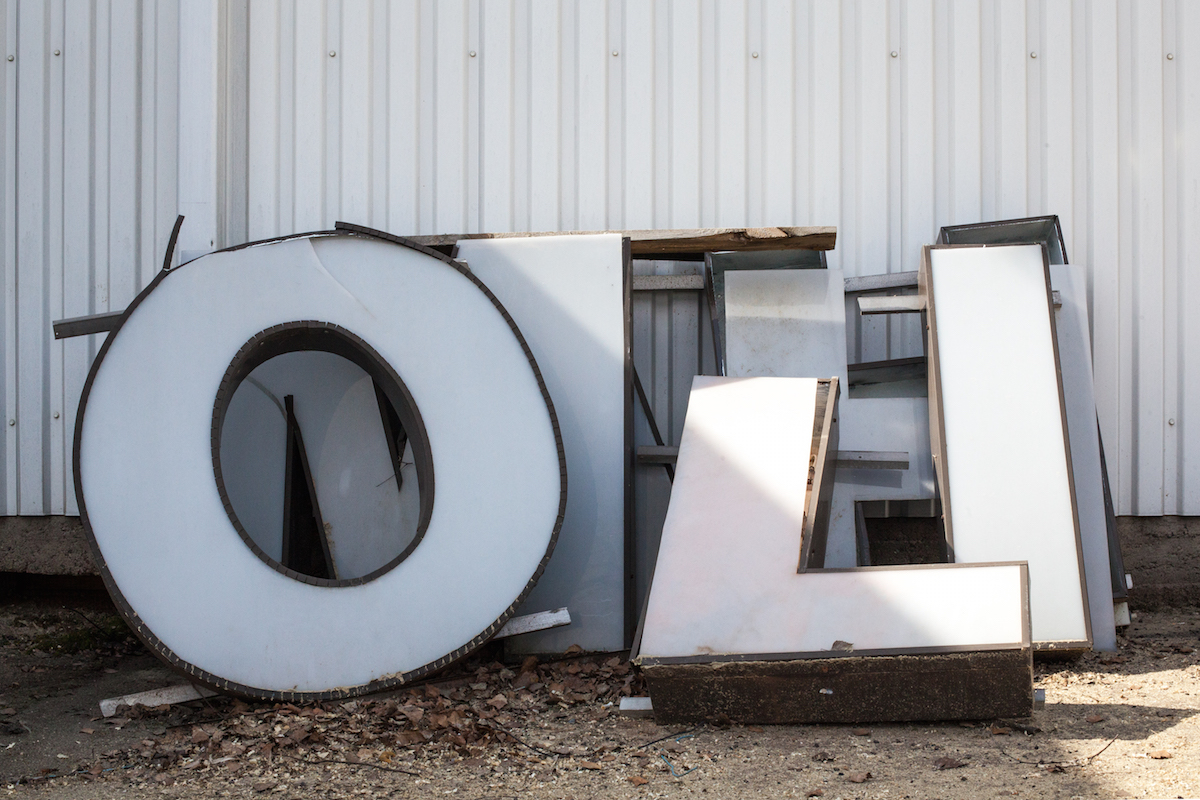 After years of working solo, designer Sebastian Jansson has come round to the joys of collaboration. Weekly Studio talks to Jansson about having access to a factory.

Let’s start with your background…

I studied industrial design at Taik, now Aalto University, and then I also spent one year at the Polytechnico di Milano and one year at ENSCI – Les Ateliers in Paris. Not only were these enriching experiences which complimented each other because of their different ideologies, but during these exchanges, I really took advantage of the possibility to meet with designers and manufacturers and establish my own independent activity.

I worked hard in my free time to develop my own projects and prototypes which I later exhibited at several international exhibitions, SaloneSatellite in 2009 and 2010.

We both just came back from Milan Design Week, and I’ve been thinking about the debate a few years ago about the economics of the design industry. That seems to have died down, but I don’t know whether that’s because things have changed or because young designers are creating their own businesses and distribution models. Are these questions which concern you?

It’s complicated, but I do think media plays a role in the problem. Because there is a constant stream of publicity for new designs, I think up-and-coming designers can end up with a strange perception of the industry. If all you ever see in the media are certain designers, incredibly productive and ever-present, it creates the impression that this is how to be a designer and that if you aren’t working like this then you aren’t successful.

Part of the problem is that it’s not always easy to break the surface and see what’s underneath the media coverage. Perhaps even these seemingly-successful designers are working on projects for not much money or the products aren’t selling very well.

I think that all these things create a crooked perception about what a designer should be, compounded by the problem that there are a limited number of companies which everyone wants to design for because those are the companies with media attention. It creates a situation in which companies receive far more proposals for products than they can possibly present.

Especially at the beginning of your career, it’s difficult to know where to start, how to work with good companies and generate concepts which will be taken all the way to production. It’s something that I spent years working with – creating my own idea of how to be a designer and my own narrative and path.

So what is your view of what a designer should be? And to what extent does that drive your career?

I have certainly become more selective about what kind of people I like to spend time with and that is reflected in how I’ve developed as a designer. For me, everything starts with being optimistic, generous, positive, and honest. By attracting similar people, you end up doing work together that is long-lasting and meaningful.

I have found myself in situations where I am offered briefs, and when I don’t find a match on a personal level, it doesn’t result in a fruitful collaboration. So it’s all about finding one’s own way of working.

You are very involved in Helsinki’s design community – BEACON and Design Market – and now work alongside other designers with Made by Choice. Has collaboration become more important to you?

Initially, I was really focused on establishing my career as an individual designer. My aim was to build up the studio with me as the leading star, but I think I later realised that I really enjoy having people around me where big things are possible because you are many amazing people rather than only one.

Now I’m part of a larger group of companies where is Choice furniture brand connected to protosdemos design&manufacturing studio.

Where did that thought, ‘I want to be the star of my own design world’ come from?

I don’t know. I think I was just stubborn, I wanted to get in the world and do my own thing.

But your feelings changed and you thought it would be stimulating to have other ambitious people around?

Yes, I think so, and with a setup like Made by Choice, for example, it really feels like we can achieve more together.

It was soft-launched in 2014 with a brand presentation at Slush showing modular formations for start-ups. At that point, it was me, Lasse Laine, Mikael Kivelä and Jeremiah Tesolin, but the company was officially founded in 2016. Currently, it is run by me, Lasse and Niclas Ahlström.

Was the intention with Choice to be more of a manufacturer or a design brand?

Well, we have manufacturing capabilities and that creates our foundation and identity and roots us to the heritage of the Finnish traditions of woodworking. Currently, we see Choice as a very growth-potential, universal brand that is rooted in furniture and design, but eventually hopes to expand into other fields. We also have some collaborative initiatives around smart living and it will be interesting to see where that develops.

And how do you see the relationship between Choice and Sebastian Jansson studio?

Let’s see how it goes. It will evolve organically, I think. I have many existing clients, but for the coming year I will spend most of my time working on Choice developing the brand. 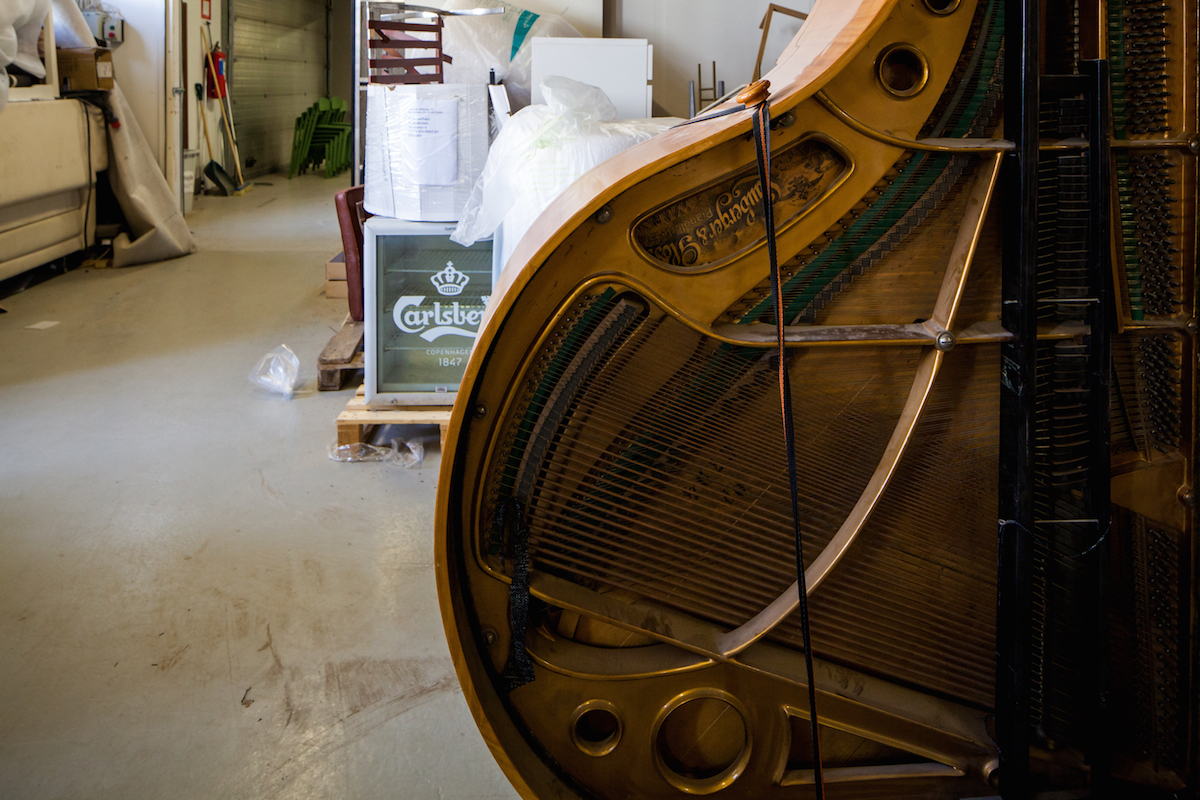 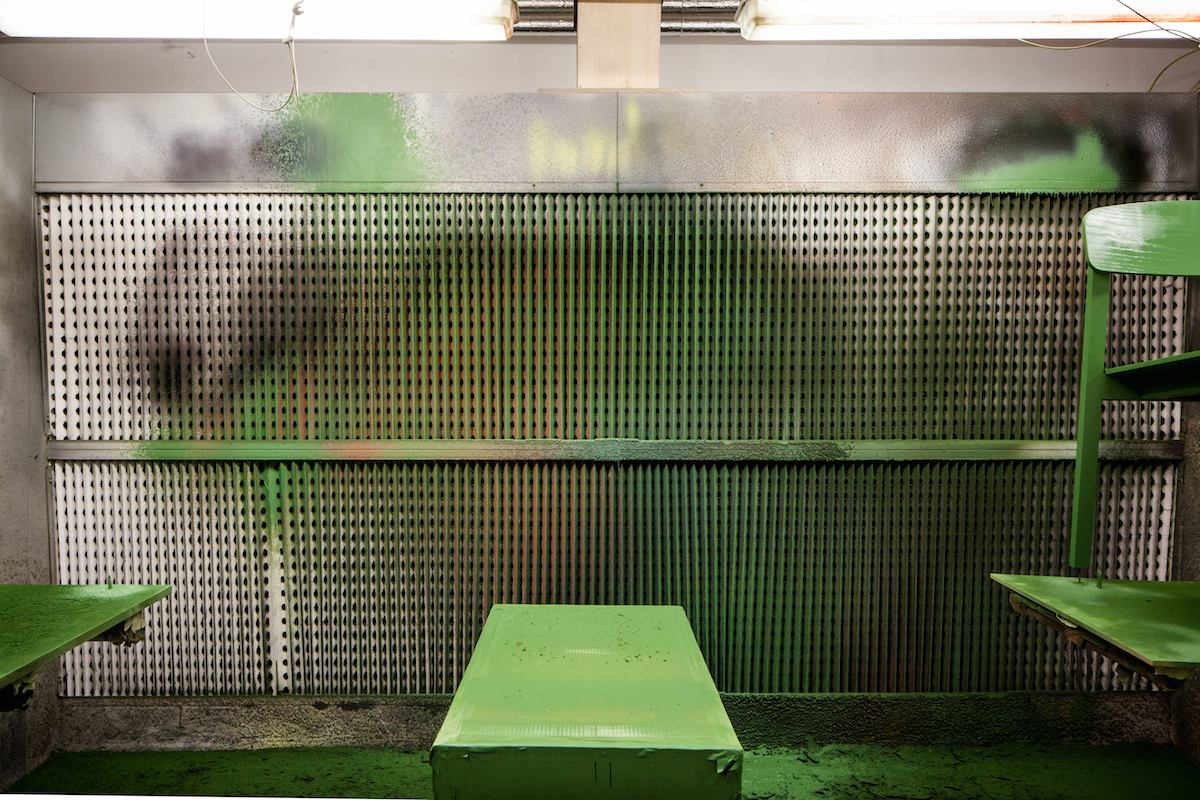 You have the factory and the workshop in Salo, but also a studio space in Helsinki?

Yes, in Punavuori we have a studio which we share with Casagrande Laboratory and Studio Blomstedt, although we’ve never properly moved in…

Doesn’t that make it a bit tricky as a work space, even in terms of the psychology of working in a space you haven’t properly moved in to?

A little bit, but I’m quite nomadic, so it’s mostly a space for the assistants and to share ideas and processes. We haven’t got much in the space, but I do enjoy working there. It’s nice to have a collaborative work space.

And what’s the connection to the factory?

Lasse owns the factory under the name protos|demos. He’s also founder of the design store Tre and co-owner of restaurant Egg. We’ve been collaborating for years. The first project we did was for a restaurant in Sörnäinen and Lasse manufactured the furniture. Since then, we’ve worked together on bespoke interiors or furniture or fair stands, but also on product development and prototyping for other companies.

Are there workers in the factory all the time?

How often do you visit?

About once every two weeks.

Do you think having access to the factory impacts the way you design?

I’ve certainly learned a lot. Before I had made a dining chair, my dream was to one day design a proper dining chair. Now, we can make new chairs and furniture on demand which feels very pleasing.

There’s also the fact that, when you collaborate with carpenters, you really understand how things work.

There are numerous examples of designer-factory collaborations, where the designers are always quoted as having ‘pushed the capabilities’ of the workers or technology. What’s your view on the relationship between worker and designer?

Well, most obviously, ours is a different kind of story, because we have the possibility to build on a lifetime relationship and evolve and learn together.

Which seems to me in a certain sense to be a much more productive relationship than dropping a designer in the midst of a factory, never to be seen again?

To some degree it’s also related to my personality, because once something works I want to stick with it, not to say, ‘let’s never meet again.’ If I work with new companies, I’m not always interested in talking about what the product will be, in part because I believe that eventually we will wind up with a fantastic product. I want to talk about the background of the company.

Once you see behind the scenes of a company – every company has its problems and its struggles and is mediocre at something – you start to get an idea of how you can bring the company to the next level. For me, it becomes even more exciting to see how we can really make sure that what we create together will be built on a stable and prosperous foundation.

During my studies in Finland I worked in an advertising agency and I work a lot with visual communications and graphic design. I’m very interested in brand development.

Is that something that companies specifically approach you for help with, or do you spring it on them later on in the process?

It depends on the client and the company, on their expectations and their vision. For me, it becomes problematic if a company just asks for a product and doesn’t share their vision of design with me. If they just want to have any generic product, then…it might be tricky for me because I think they lack vision and identity and that they are not ready to invest in me as a designer or themselves as a brand. As you can see, this is also why it’s a good idea for me to collaborate with other designers who have a less-intense approach because then we balance each other out.

In terms of working collaboratively, how does that process actually work in practice, say, from sketches to prototype with a Choice product?

Often, someone takes the initiative in making the first sketch and then we discuss the structure. Then, in the studio, we’ll do 3D modelling and make technical drawings before sending them over to the artisans. We might leave certain things undefined or open for discussion and it proceeds from there. 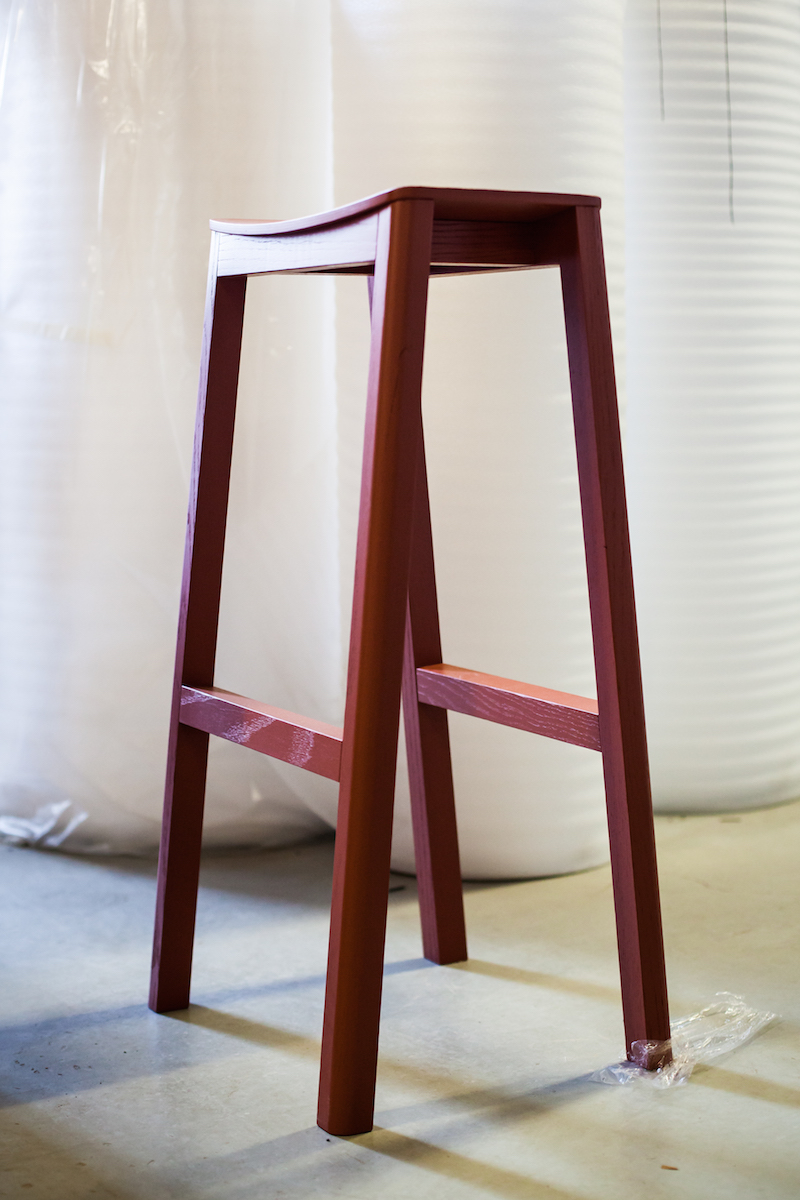 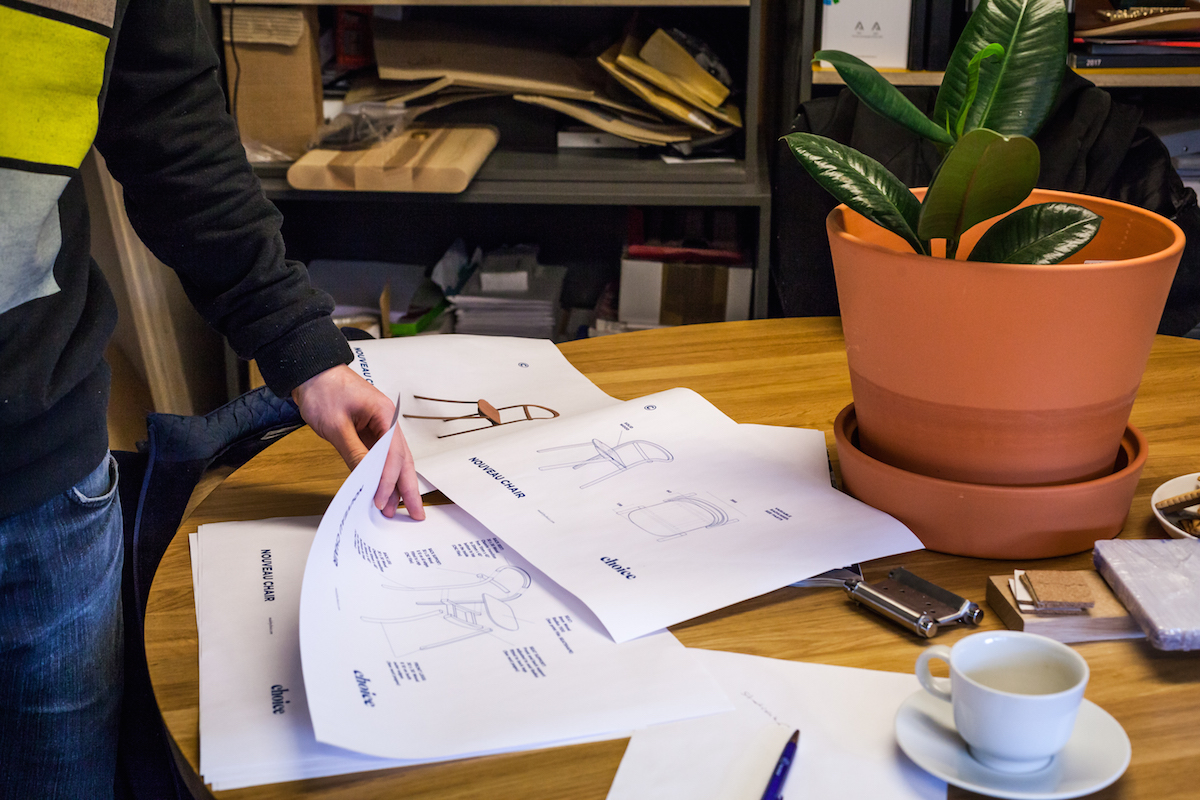 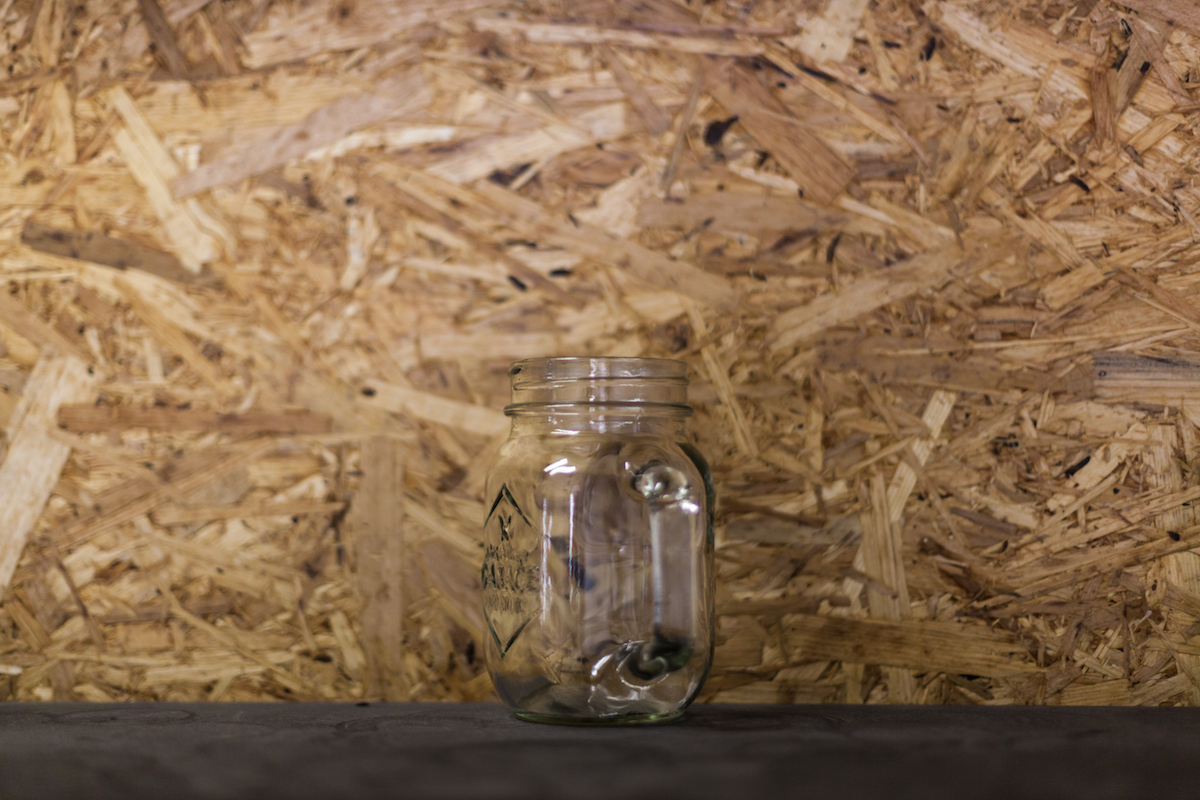 To bring the conversation around to Helsinki, what’s your view on living and working here as a designer?

Given that I was studying in Milan and Paris and did an internship in NYC, I very seriously considered establishing my business activity elsewhere. But I finally ended up back in Helsinki because it was the easiest place to set up the business. And since I settled the company here, my desire to have a strong home base has meant that I strive to collaborate with as many Finnish manufacturers as possible. There is still so much untapped potential in Finnish companies.

So many companies in Italy, for example, are passion-driven, which only underlines the potential in Finnish companies and how much more they could achieve by relying on emotions rather than numbers. If you let numbers steer your activity, you’ll always be a step behind; but if you let passion drive, you’ll be a step ahead.

And do you feel Finnish companies are receptive to those arguments?

Yes, and no. It’s the mind-set, which is difficult to change, so it’s more about building long-term relationships and setting strong foundations for new things. Also, I think there is so much untapped potential with regards Finnish artisanal skills, of finding ways of maintaining and revising them and finding new ways to connect those skills into new markets.

Do you feel responsibility to those skills and those ways of working?

I think that everything we do is based on passion and feelings of goodwill for communities and love for our peers. I really think that we can achieve so much more and create more freely if we break down the boundaries between people and companies.