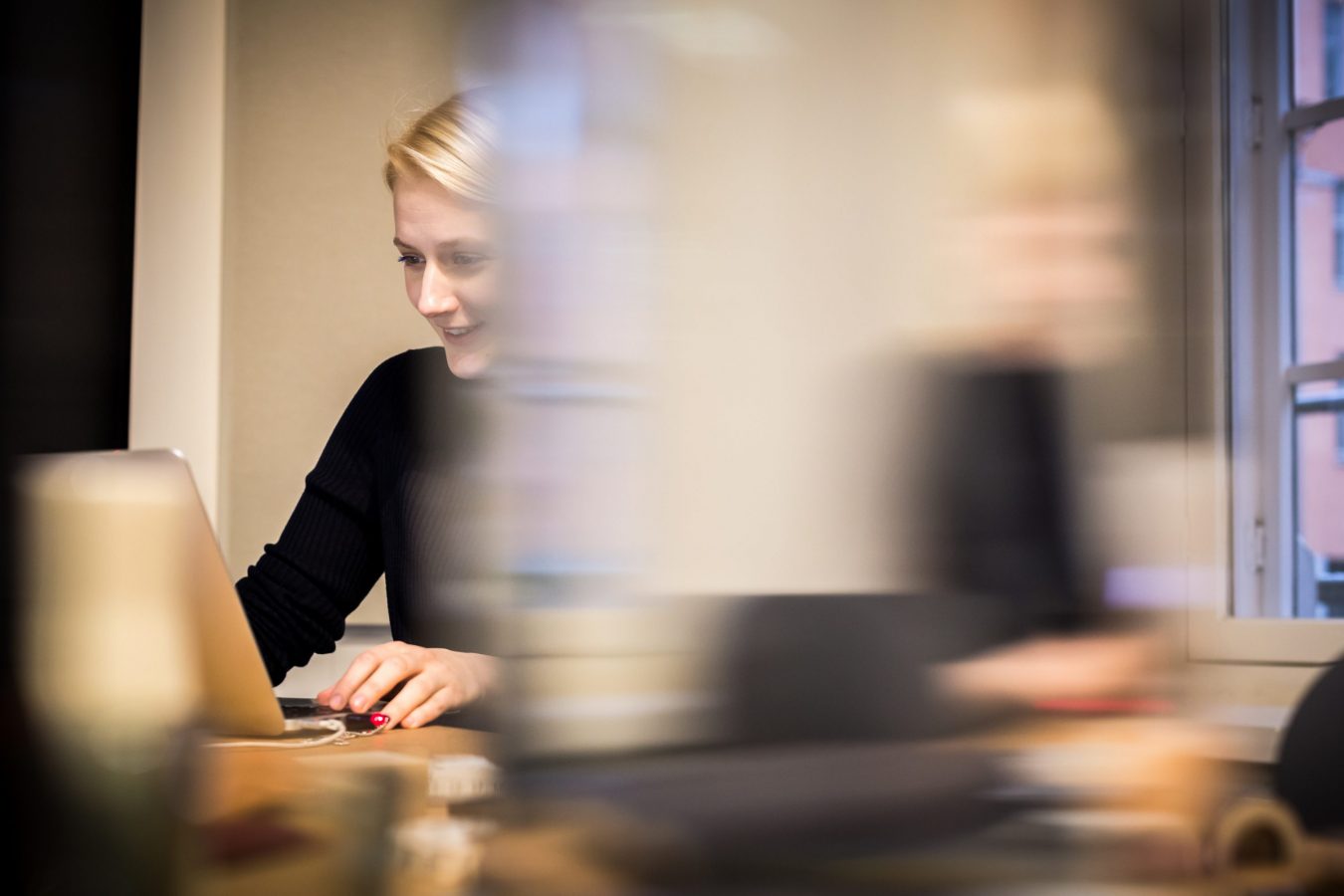 For our latest Weekly Studio, we visit interior architect Salla Kantokorpi at her co-working space to chat about the importance of listening to the end-user, why colours make people feel happy and the end of the ‘God-driven architect’.

Could you start by saying a bit about your educational background?

I studied spatial and furniture design at Aalto (formerly TaiK). I think it was meant to be, perhaps, as it immediately felt like the right thing. From the very beginning, there was a wonderful atmosphere with our group. We didn’t compete with each other; we were like a big family. Actually, we’re still close, and we still work together and meet up from time to time.

That seems to be relatively common in Finland, though. Perhaps it acts as a kind of incubator and gives people confidence to go out and start their own things afterwards?

For me, it was more to do with the dynamic of each part of the programme. The first three years of the bachelor’s was very intense and we were there all the time, which was why our group was so tight knit I think. When the master’s started, the group fell apart a little bit. I went to study in Denmark for six months and then came back and started working full time. A few years later, I had children. There’s something very ironic about the fact that I said I will never be that kind of person, but then I had to finish my master’s degree with two kids in a stroller.

And then you went to work for dSign Vertti Kivi. What was that like?

At the time, around 2004-2005, there weren’t very many big companies doing this kind of work. It was a very different climate, quite homogenous, with not many companies doing things differently. I felt so lucky to get a job there. Of course, now they are a big company, but at that time it was just the beginning which meant that I was given a lot of responsibility.

Because it was so small at the time?

Yes, but it was also the company culture. It was very much about going straight in to the deep end. 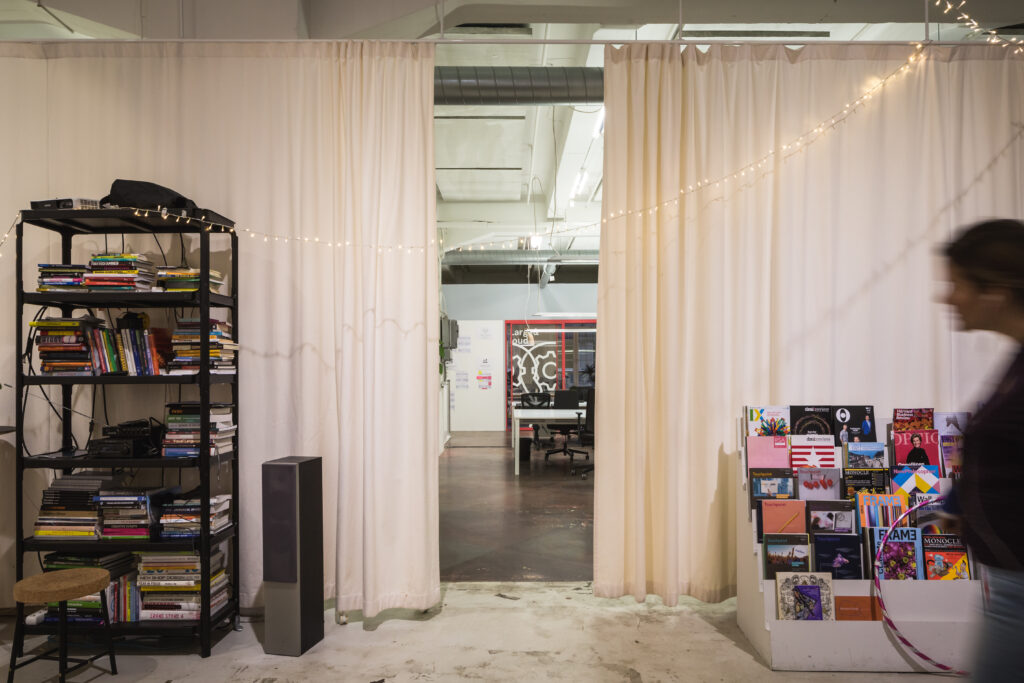 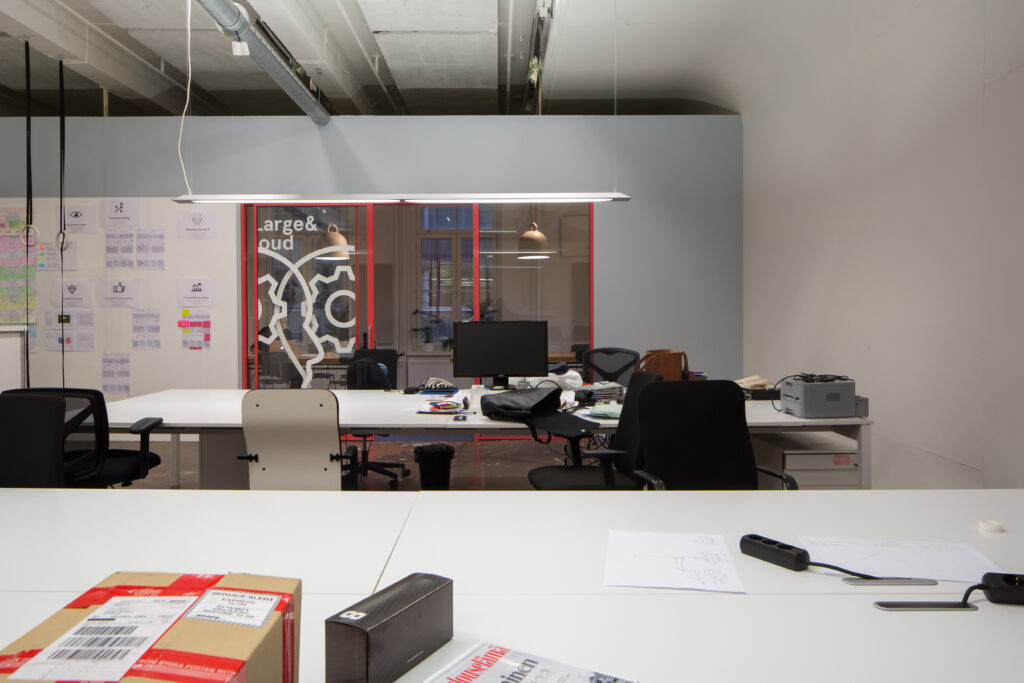 Have you noticed a shift in the way you approach the balance between your own thinking about design and working to the constraints of a brief since you’ve gone from working in a bigger company to working in your own studio?

Absolutely. It’s different when you work from within a company because you almost have two clients at once. You have to wear the company’s glasses, but then you also have to try to balance between the company style and the client’s needs.

In the end, I think this was in part one of the reasons why I eventually decided to set up my own studio. I learned so much working at dSign and was grateful for the opportunity to work on such large-scale projects, but when I started my own business I wanted to take a different approach.

For me, it’s satisfying to be able to work on a variety of projects across a number of different scales. And my design approach is interested as much in the end-user’s perspective as the client. I’m not an Alvar Aalto-type of grand-designer architect, someone getting messages from God. I really don’t think of myself in that way. My approach is much more an attempt to empathise with the end user and think through the design process from that perspective.

Do you think that’s representative of an overall shift in design?

Yes, I think so. Of course, I work in a co-working space and I don’t have my own studio which also has an effect on the way I think about these things. It’s a big studio in Punavuori where I have only a desk. Hellon, a service-design company, is based here as well. I think this way of working reflects a different type of thinking which is now more prevalent in design.

In the context of working from this co-working studio, does that affect how you work? Are you using mostly paper and computer? Or do you make models and prototypes as well?

I think it also says something about the scale at which I work. It’s not just the size, but the medium in general, with respect to how I work. So half of the time, I work alone, and the other half will be with different groups with various partners.

Sometimes, I might do concept design for another design firm, which I like because I then feel like part of an expanded network. Part of the reason I started my own studio was to do nice things with nice people.

But in terms of the practical side of studio work?

I mainly work with computers and paper. In certain service design projects where I act as interior designer, we often hold workshops to prototype spaces. At the moment, I’m working on a restaurant design with Marianna Sorsa, who is someone I studied with. We’re doing the furniture design for the project, so we’re prototyping the furniture for that.

In the co-working space? 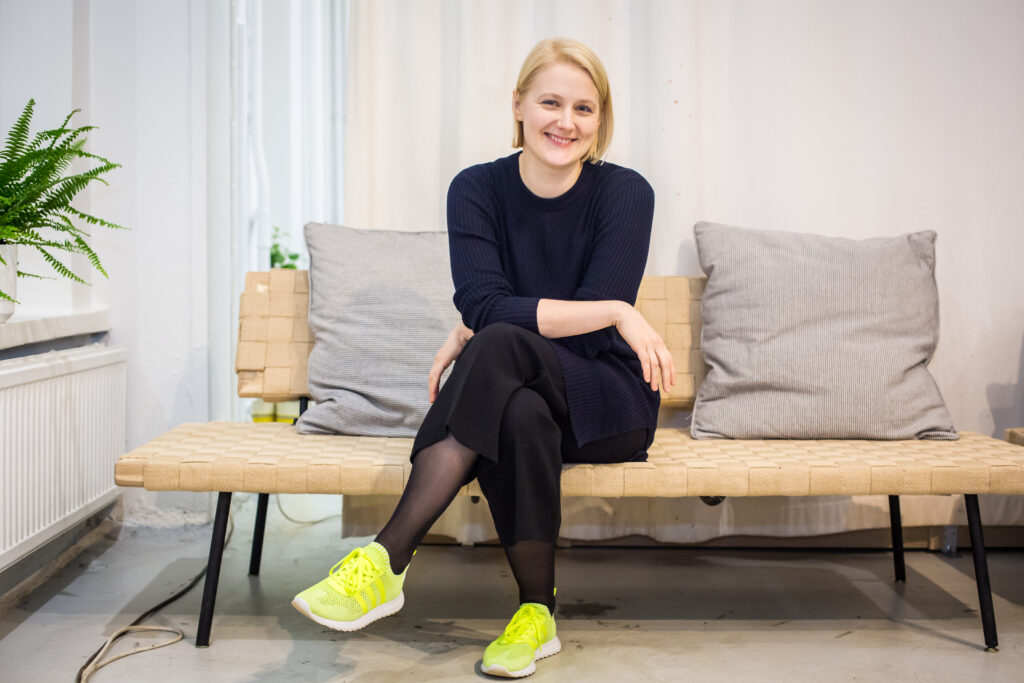 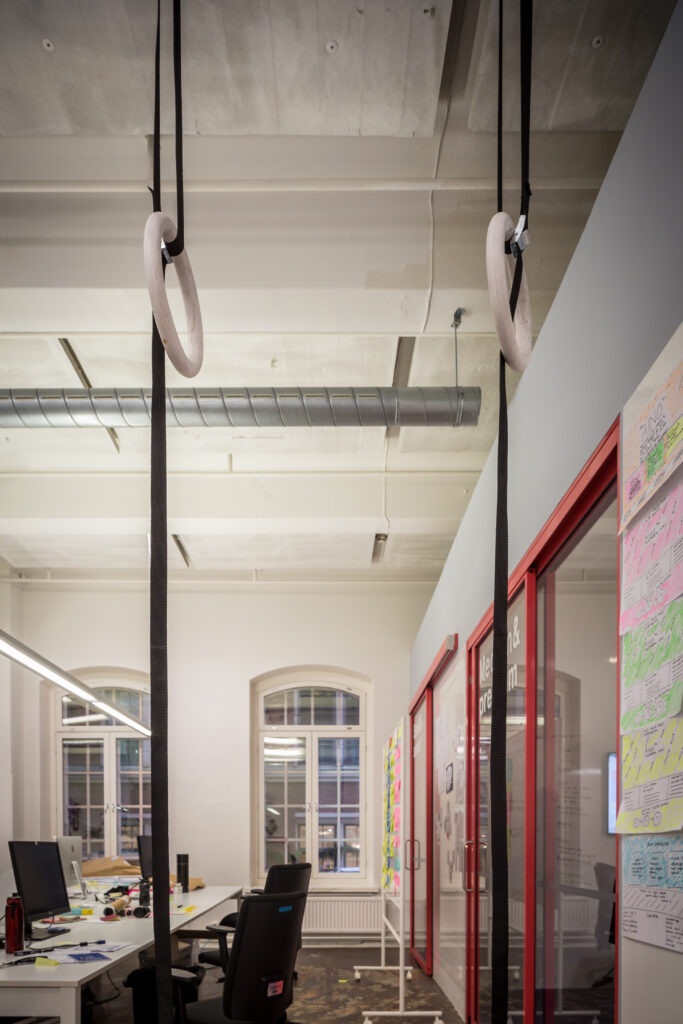 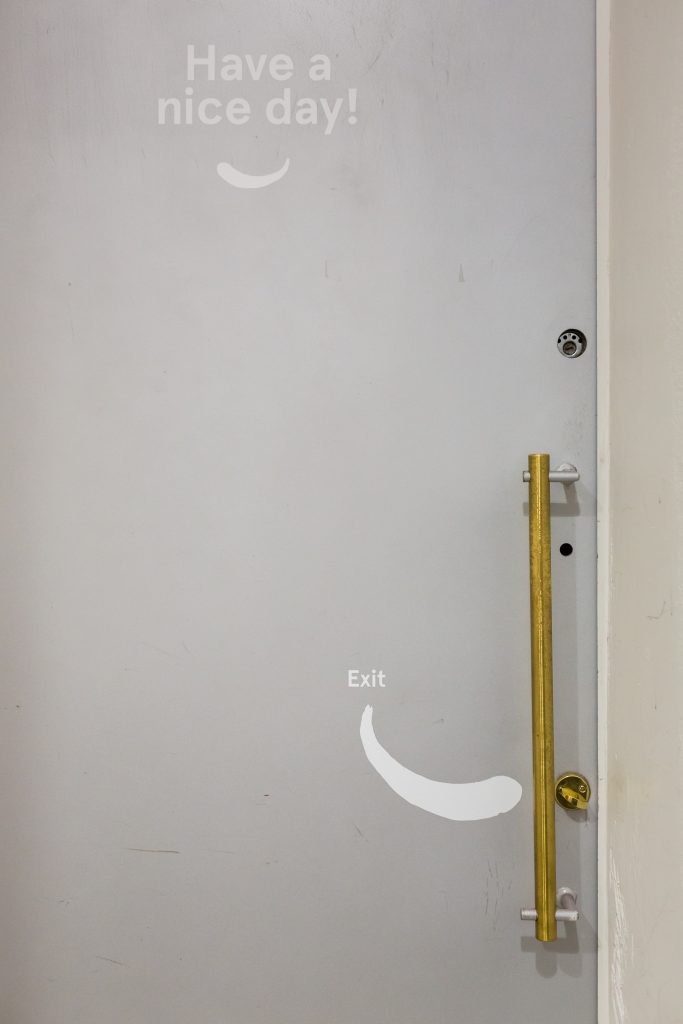 I’d love to get a clearer sense of how you approach your work, perhaps through a recent project. Maybe we could talk about Yle’s office which was completed earlier this year?

That project was a collaboration between me, Valvomo architects, and Hellon, who organised various employee and transformation workshops….

Did they carry out these workshops before you started doing the structural and interior work?

For the most part, we organised workshops because we were carrying out a significant change from the old building to this newly-renovated wing. We tried to modernise the space itself, but also the way of working, which was a big change for most of the employees. We also held workshops about the furniture and colours. All of these were carried out over two years, but that’s hardly surprising when you’re talking about six floors and more than 400 people.

And was it the design team who suggested these workshops or did that come from the client?

It was from the client. They really wanted to engage people in the design process.

That’s pretty remarkable. Is this something you’re seeing more generally with other clients?

Yes, but the scale varies considerably. In smaller projects, it’s a bit more straightforward, but in these bigger projects when you need to change existing ways and functionalities, then you really need to get the end users involved.

I sometimes have amusing conversations with my architect friends who talk about how annoyed they get when non-architects ask them things like, ‘what’s your favourite style?’ without perhaps realising that interior architecture isn’t so much about what colour the walls are, as much as it is about how space is used and how it facilitates or obstructs social functions and engagements. These qualities seem to be an unacknowledged part of this field, at least in the public consciousness anyway.

That is exactly what I would have said if I was more articulate in English, but it’s just as you describe. Interior architecture is much more to do with how you bring people together in a space and how they interact than what colours the walls are painted.

Having said that, it seems like colour is a really important quality for you as so many of your projects include a lot of it.

It’s funny because at University, all the professors seemed quite strict about having only one accent colour with everything else grey or white or black. The idea was that, as a respectful designer, you shouldn’t use colour. At the time, it felt like a rule, but it may have been just  that I was too young and too scared to have my own opinion. But slowly, I became more confident and it started to be my thing to use a lot of colour. Colours make me feel happy and I hope that they make other people feel happy too. 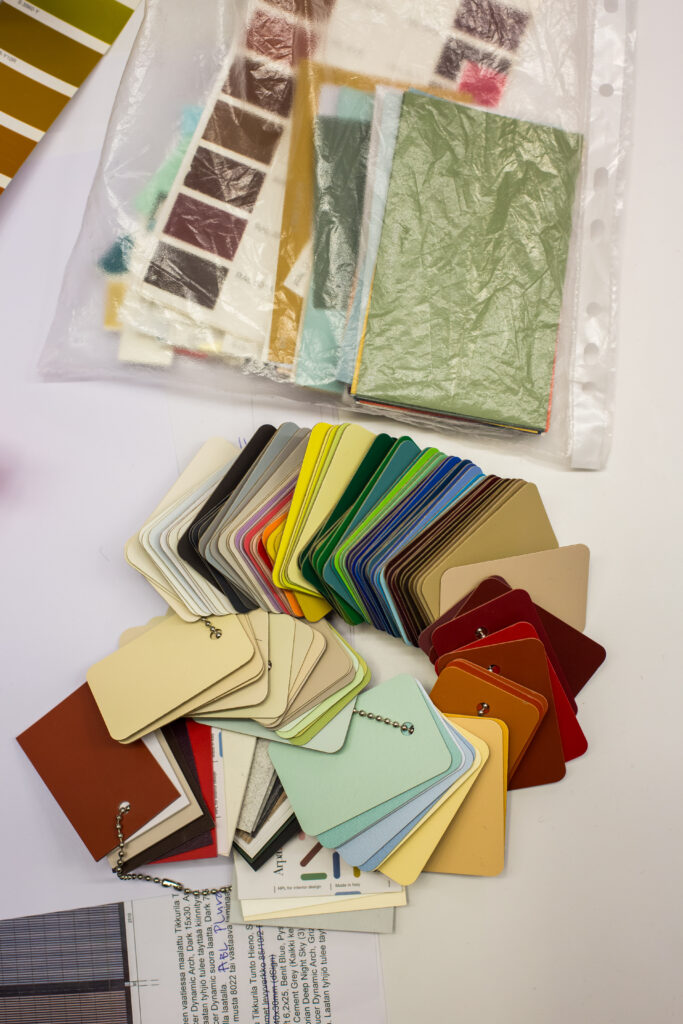 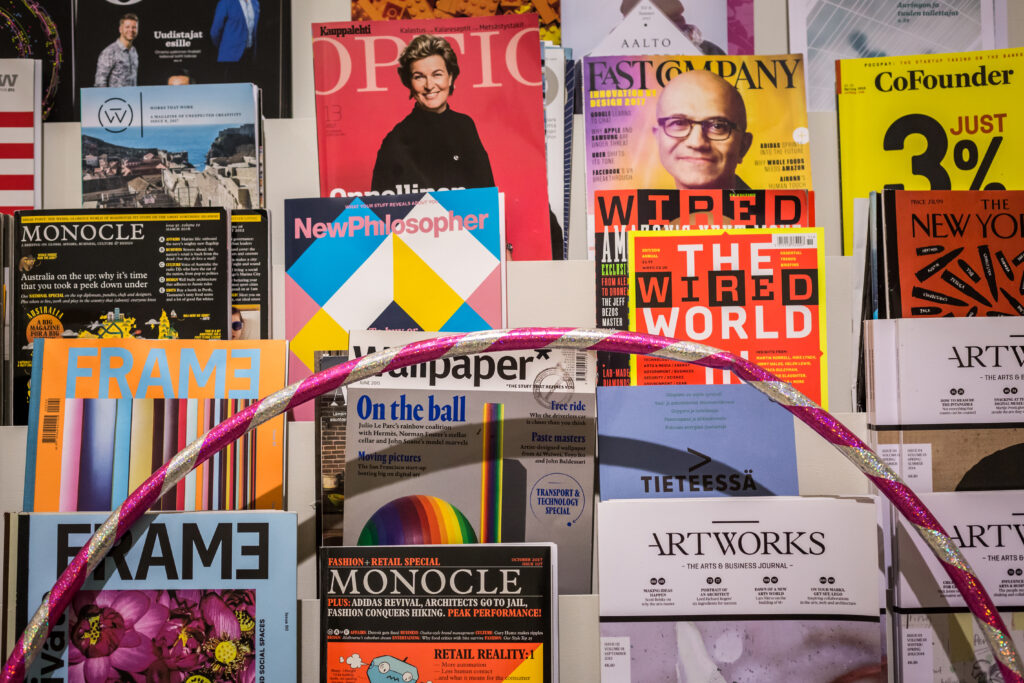 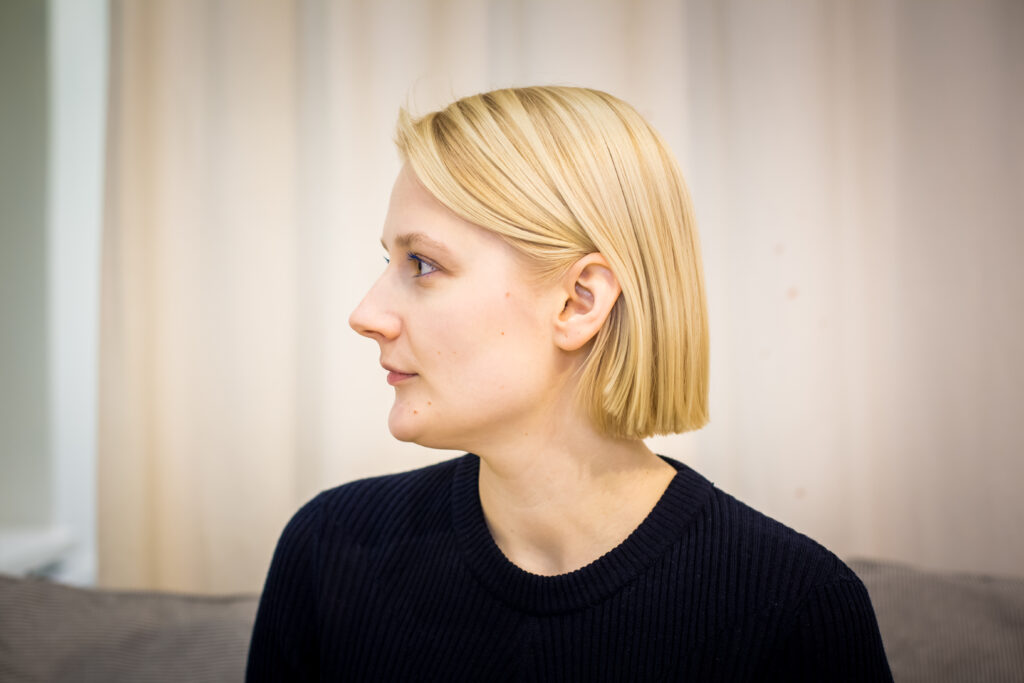 Are you interested in post-occupancy with your projects? Do you like to return a year later and see how it works?

Yes, very much so. I’m working to serve the end user, so it’s very interesting for me to see how they have taken over and what they have been with the space. There are always changes and people always move things.

It’s funny, we had a scandal some years ago. I can’t remember the building, but the owner put up curtains in the window and the architects really did not like the curtains and there was a huge scandal. Of course, I understand the architect’s feelings, but I also think that my job is to design a space where people feel comfortable enough to start to use it the way they want. It might be something I don’t like, but it feels good when people are able to enjoy themselves in a space you’ve created.

You mentioned that, when you started to work for dSign Vertti Kivi in 2004, there weren’t many companies working in a similar way. It seems like the industry and culture and the way people think about design in Finland has shifted a lot in a relatively short amount of time?

Yes, I think the change has been huge. And usually, when there is such a big change, it starts to go over-board, but I think we’re still in a place where that hasn’t yet happened. It doesn’t feel like we’re stuck in this place where there’s only one right way of doing things. It feels like there’s a wide variety of different types of designers and different styles. That then creates more interesting spaces, and clients and the public are asking for more and better spaces, which I think is a very healthy situation.

Relatedly, when you have been involved in end-user workshops prior to a project, do people have a vocabulary to talk about what they want in a space and how they want to be in a space?

It depends on how you ask questions and how you investigate what the user wants. In general, I find that people are more comfortable expressing what they want and need through feelings. You can ask them concrete things, about acoustics, for example, but you get better results when you engage with people’s emotions.

Increasingly, it’s interesting to see – as you said earlier – a shift from this idea of the god-driven architect who knows what’s best to an appreciation of the fact that the people who use the space every day are actually quite good at knowing what’s needed.

Absolutely. But you then need to be able to combine that understanding from the user with a vision to support it, and you also need the knowledge and expertise to deliver the design. You can ask and the end-user can tell you what they need, but you have to reply on your own vision and experience to bring what’s needed to the space.