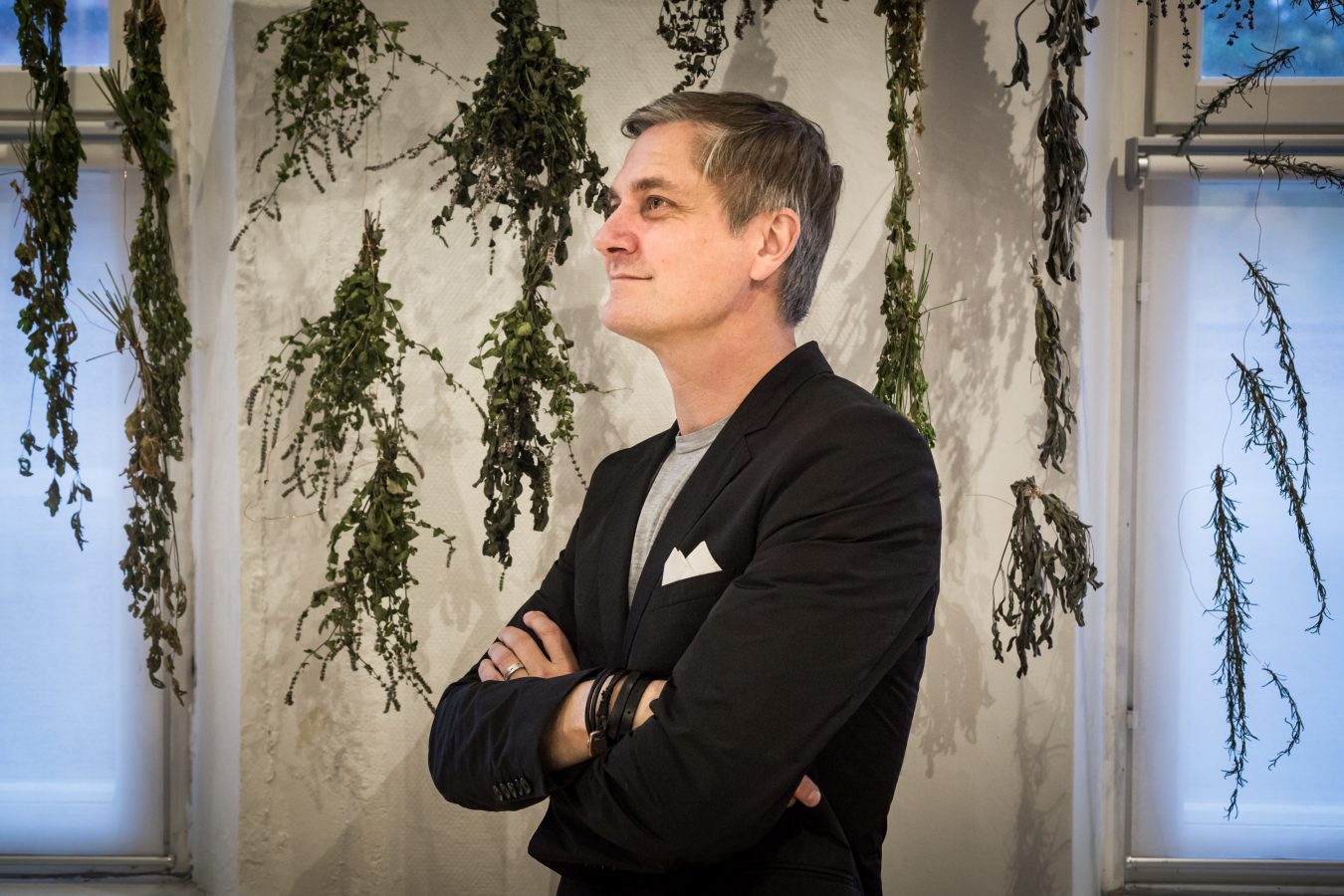 This month, something a little different, as Weekly Studio goes behind the scenes at Fiskars’ Research and Development to speak with Petteri Masalin about those famous orange-handled scissors, design ethics and why for Fiskars, the end user is never the product tester.

You originally trained as a metalworker and an industrial designer. Could you talk a little bit about your background?

At 16, I really liked cars. I particularly liked fixing cars and one of my friends worked at a garage and every weekend we would go there. My friend would make airplanes and I would make lamps, because I wanted a lamp in my room and I couldn’t find anything I liked. That was the starting point.

At 21, I thought, why not apply to metalworking school and, to my surprise, I got accepted. There, everything is about the handmade, from sketches to the finished product to thinking about how it would be produced for the market. I was doing a lot of hand casting over those three years. I actually still own a lot of the cups and tables and chairs I made during my studies.

From then, I applied to the industrial design programme at the same school. Again, I was surprised that I got accepted, and that was how it all began. My biggest problem is that I work too fast. I don’t want to get stuck in the same situation or the same place for too long. That’s why I started my own company while I was still a student. During the day, I attended school and at night, I was designing my own products. Simultaneously, I worked for two other companies. It was a very busy four years, but it was fun. 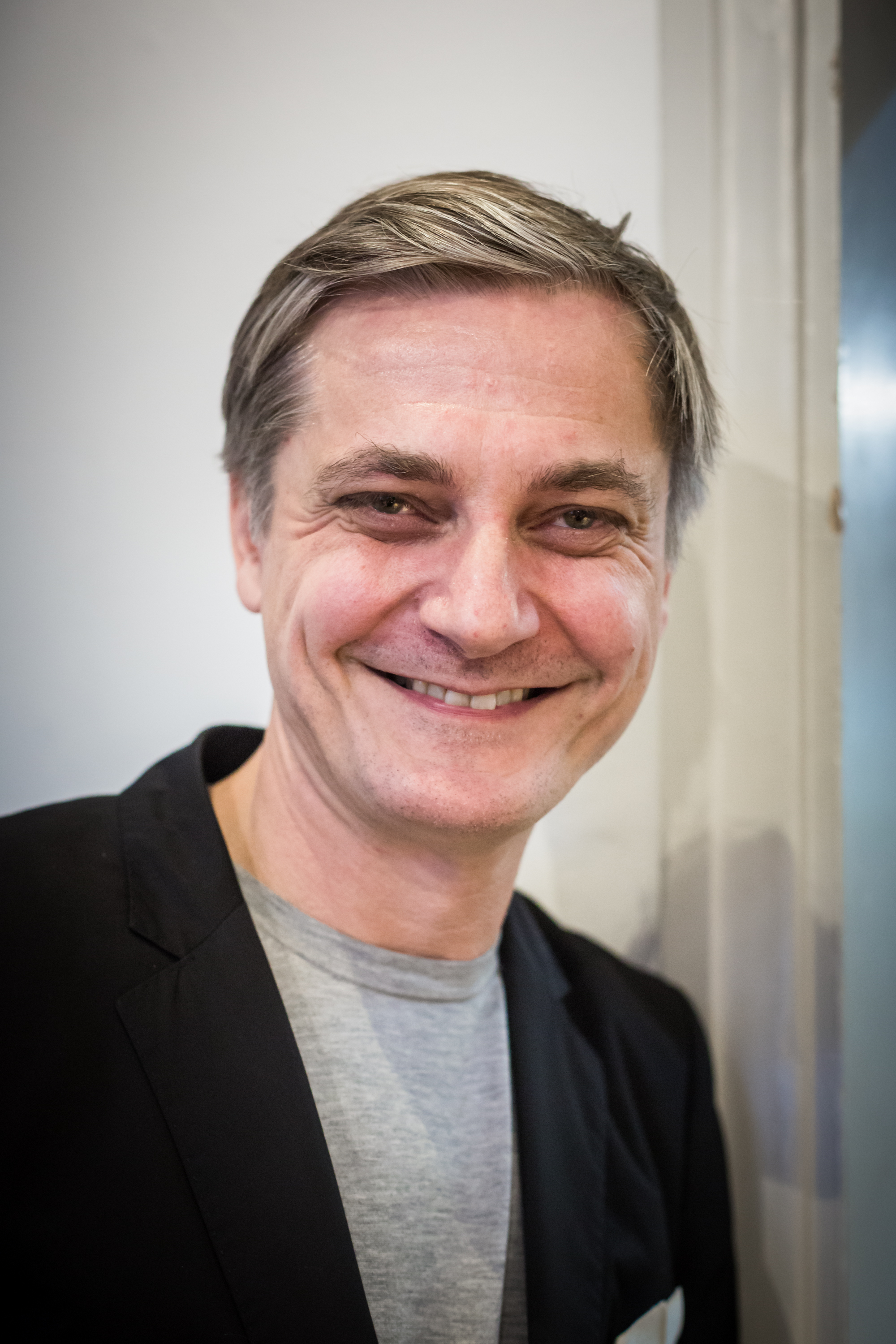 Was there a substantive difference between the metal school and the industrial design school?

In fact, there was a lot of overlap. But in industrial design, you do more sketches, more concept mapping. There’s a lot more about colours and how you see different shapes and the balance of different shapes. It’s a bit difficult to explain sometimes, but it’s through the combination of all these qualities that good, simple design is made.

So you did industrial design, you had your own company, you worked for two other companies, but later you also worked for Rocla?

Wait? What? You were designing boats and tanks and welding machines?

No, no, not quite like that. It was more closely linked to design and project management. My part was more on the industrial design side looking at what kinds of design concepts suit for different customers.

I was going to say, you must have some incredible design skills to do all that!

Normally, I did a lot of very heavy, big-item industrial design. I like these kind of bigger projects and that’s one reason why I went to work for that company. But one of the aspects I found most frustrating was that everyone came to me and said, ‘I don’t like this colour. I don’t like this shape.’ I never got to be there from the starting point. I was just called to fix something, and that’s why I went to work for Rocla.

They called me and I was their first ever designer. I stayed there for almost seven years doing different things, concept design and industrial design. Around the same time, Mitsubishi bought Rocla and I started to do some projects for Mitsubishi as well. But then Fiskars called. And almost that same week, Mitsubishi asked me to move to Tokyo to run design. Mitsubishi is a huge company which I love, but it’s history is quite similar to Fiskars in terms of how it works. Of course, it’s a huge company and Fiskars is much smaller…

But you’re here at Fiskars and not in Tokyo?

Yes, because I needed to stay in Finland as my family is here.

And like Mitsubishi in Japan, everybody who is Finnish knows Fiskars.

It’s interesting, because growing up, I regularly saw these orange-handled scissors because of my aunts who sewed, but I couldn’t have told you that it was a Finnish company.

To ensure that people can connect these two things so that they know these are Fiskars products is still one of our biggest tasks.

But there’s something amazing about the fact that you have such strong loyalty and strong product recognition, even if it isn’t necessarily a strong brand recognition. A lot of companies would kill for that.

That’s probably true. Here in Finland, I think every household has something like seven pairs of Fiskars scissors. 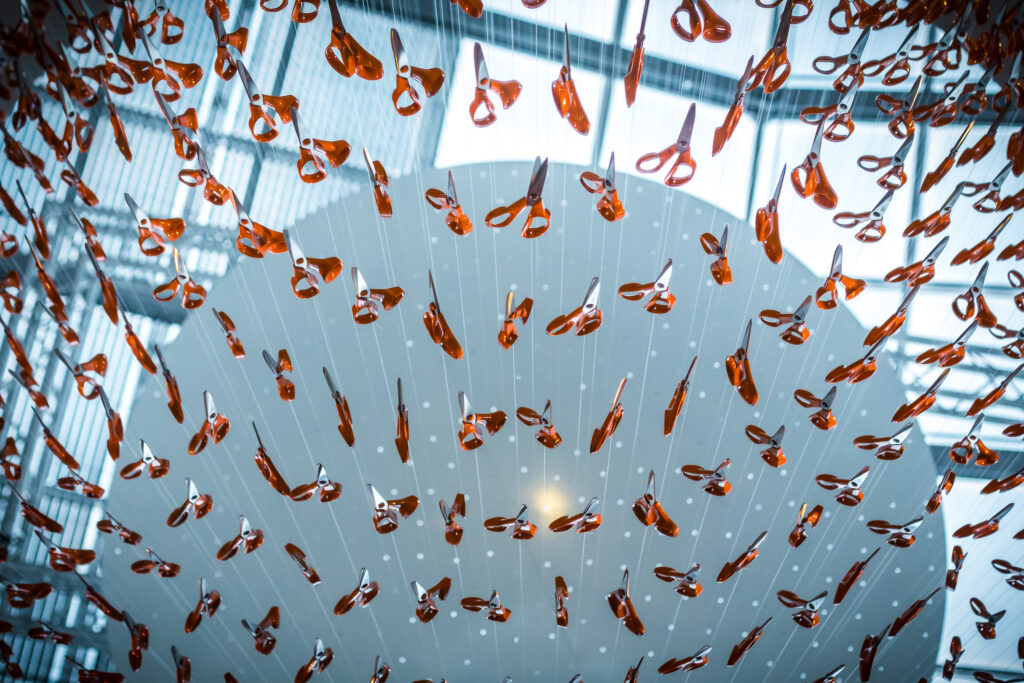 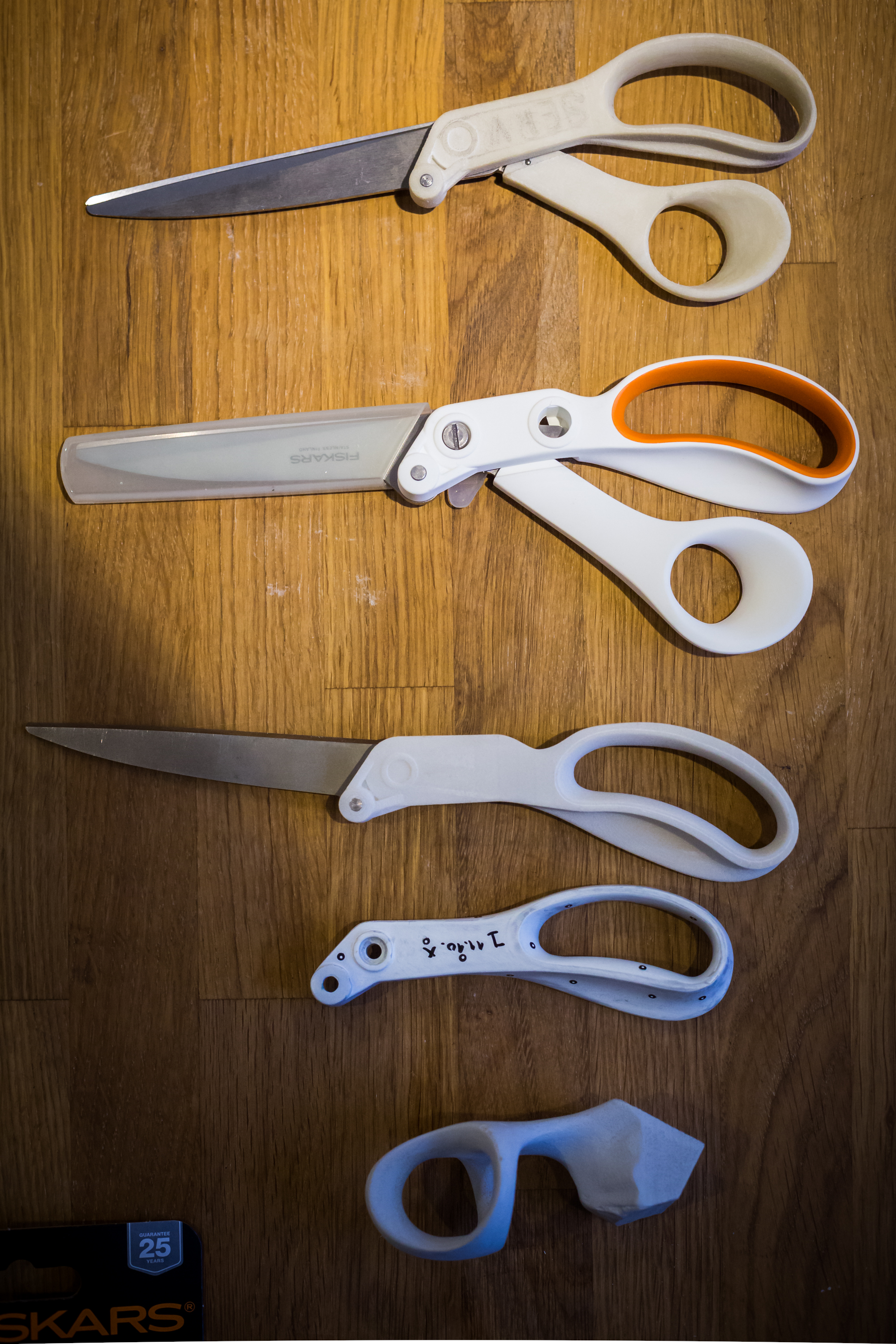 I’m curious as to how the internal philosophy of the company works, especially from an R&D perspective, because you have this legacy which is an amazing gift, but also maybe a horrible curse as well?

I remember my first day. I knew the company’s history and I knew many of the stories, but at that time the R&D was very small and part of my role was to come here and expand on that. But because of the pressure, I’d say the first year and a half was very difficult for me. I really did not want to do anything to damage the brand.

The first time we won a Red Dot, it was like a huge weight off my shoulders, almost a kind of validation. It’s difficult working on new products. You can see so clearly the DNA of Fiskars in these orange-handled scissors, but today we design frying pans, axes and garden loppers, so many things. It’s difficult to get that DNA into a frying pan, but as a team we need to learn and to communicate what that means in everything we design.

It’s really difficult to do simple designs. Somehow, designers always tend to be thinking about new shapes and adding details and they don’t ever stop. And if you don’t stop, you have too many details which makes items difficult to manufacture. That’s part of the beauty of this kind of design. You really need to understand when you have to stop. Design is an entire process – how you manufacture it, what kind of companies you work with, what kind of materials you use, how the user sees the product, how the market sees the product. 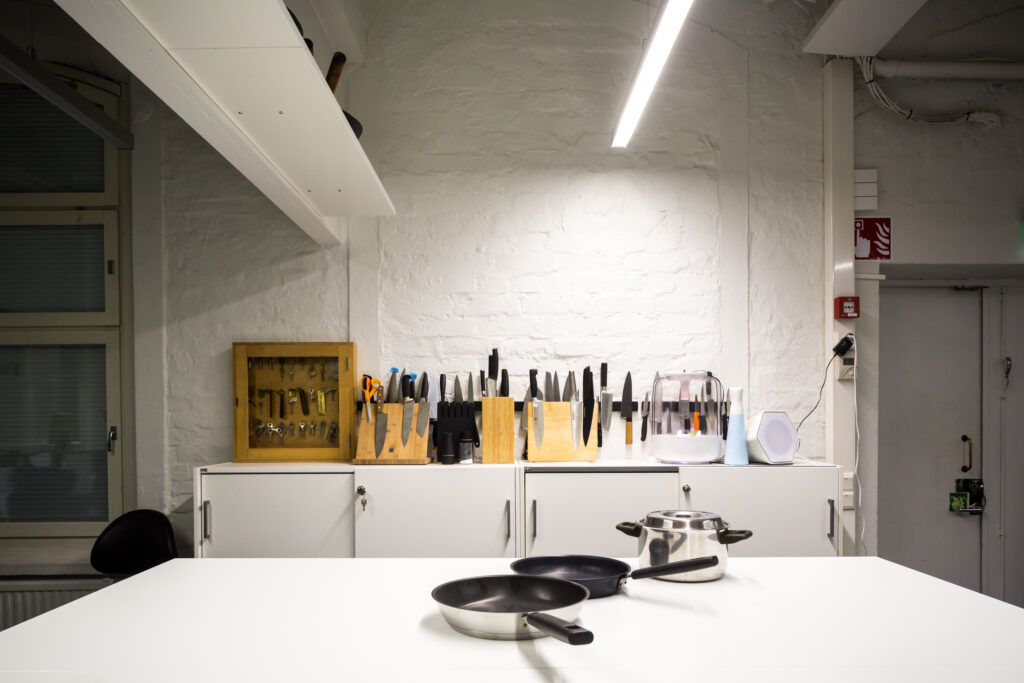 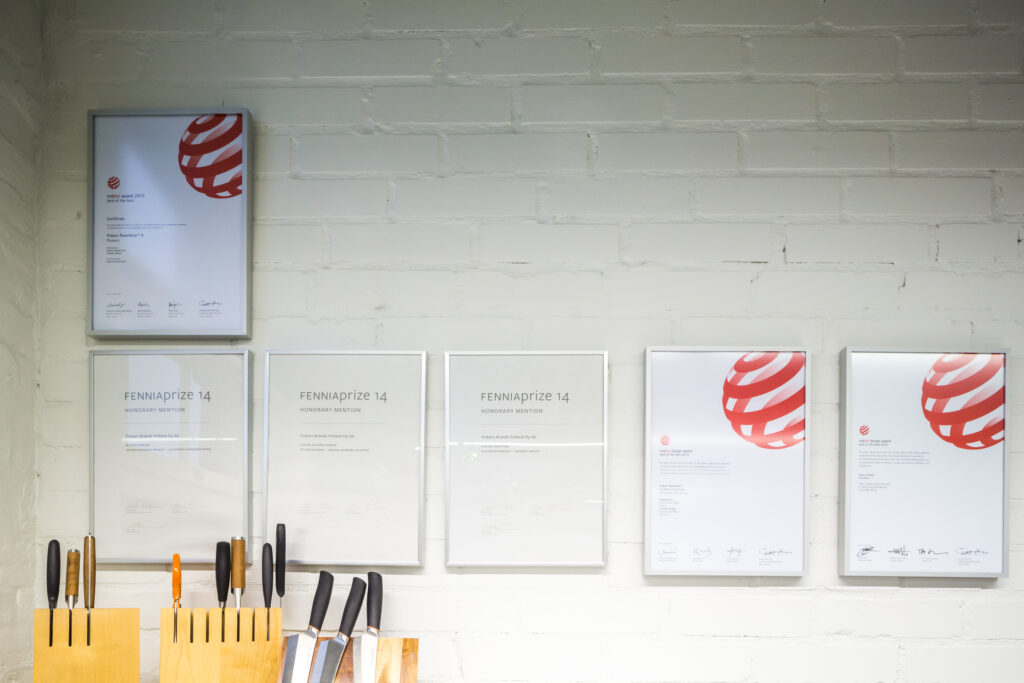 Could you talk a little bit about the R&D process and the thinking behind what drives R&D work?

Normally, it starts with the people, the users. But I also believe that there is an internal curiosity which drives people who work in R&D. It’s the kind of curiosity that wants to see and think about what might happen in the future. For one thing, right now my team is working on products for 2019 and 2020. Three years is a long time to see a project through and millions of things could happen in the meantime.

Speaking personally, I take way too many photos. I have something like 10,000 pictures on my phone and that has become like a kind of memory bank. It’s how I see different cultures, and that’s important because Fiskars isn’t only dealing with Finland. We have users all over the world and that’s why it’s important to travel to find out what’s going on with food or garden culture. How are people eating in Korea? Or Spain? Or the US. Those travels expose you to a lot of different details and there may be something in those details which pop up later in a product, but it is a far subtler process than simply identifying or shaping trends.

We’re here talking in the test kitchen, but we also have a test garden outside, too. I wanted my team to know what to design and that means that, almost every day, they are here preparing food or working in the garden.

That was something I wanted to ask you about, actually. Because your team is responsible for kitchen and garden products, you have to have some knowledge – not necessarily expertise – of these processes in order to design good tools.

That is probably my central philosophy as a designer. I need to know what I design. And I would say that, with every product, I spend a lot of time studying. For example, my team has been studying gardening now for six years. Horticulturist Lotta Lindholm assists us in research, and guides us in cutting, in planting, in understanding soil differences between Finland and the UK or wherever.

Same in the kitchen. We have Sasu Laukkonen, a Michelin-starred chef on our kitchen team. He comes here one day a month to help the team. But we also work with him in his restaurant. I want to know what time they start in the morning, how their day unfolds, and how our products work for them.

So you’re testing the products in different kinds of kitchens, not just purely domestic spaces?

Absolutely. Of course, you study what cooking means in a home environment, but people work differently. Sasu represents the top-tier of cooking, but you need to know where to start. He and his team use a lot of our prototypes in the kitchen and they tell us if something doesn’t work or if they don’t like it. And of course, the team needs to take that into consideration, but often there’s a compromise because a normal user is going to deal with the problem in a different way. 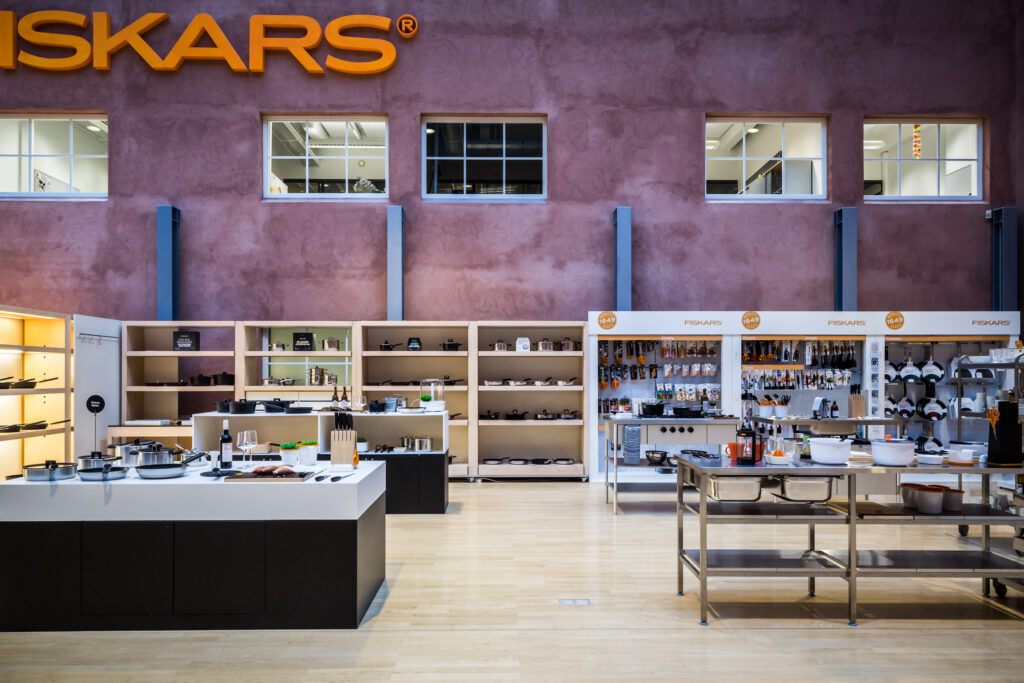 And what about the other studio spaces? Does your team make its prototypes here?

Yes, every prototype is made here. We still sometimes make prototypes by hand, but mostly everything is 3D printed. We have everything here that we need to 3D print prototypes and normally we print initial prototypes quickly. We make sketches every day, it’s a very normal part of the process, but it’s good to get a rough prototype early on. That’s really the best way to learn how something feels in your hands and to start to get an idea of whether or not something will work. But the best thing is that we have the test kitchen and we can come down here and play with things and find out how they work.

There’s also a huge test lab in the building.

What kinds of tests to product have to go through before being launched?

The main point in all this testing is that the users are not the product testers. We need to understand how and why and when every detail can and will break. Fiskars doesn’t make gimmicks. We are aiming for product lifetimes of 40, 65, and maybe even 100 years. The scissors are the best example. You don’t need to throw them away. 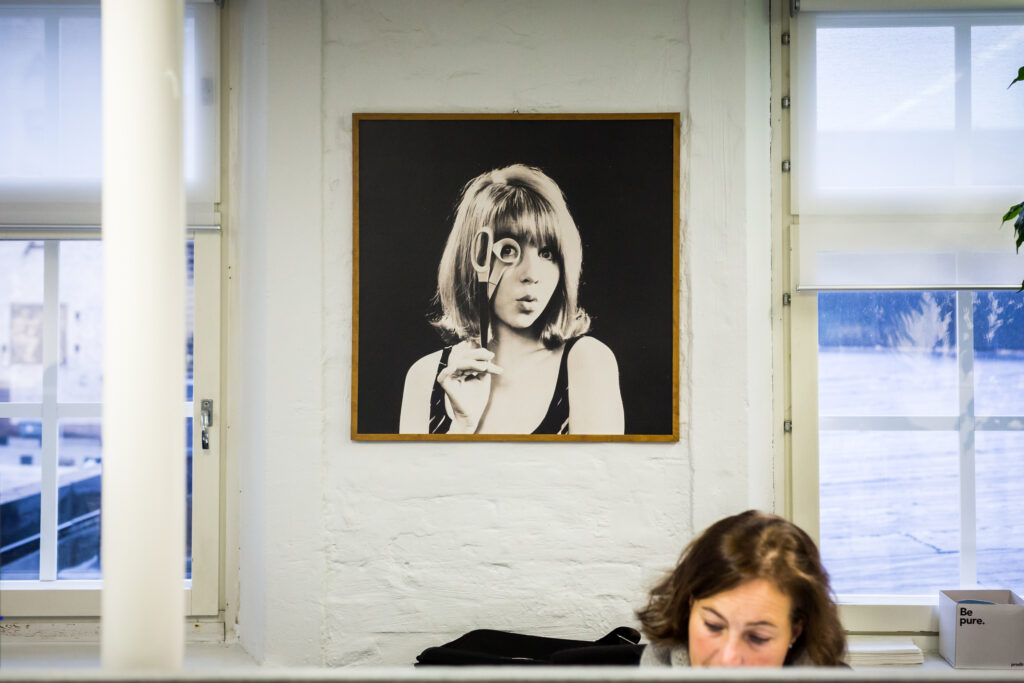 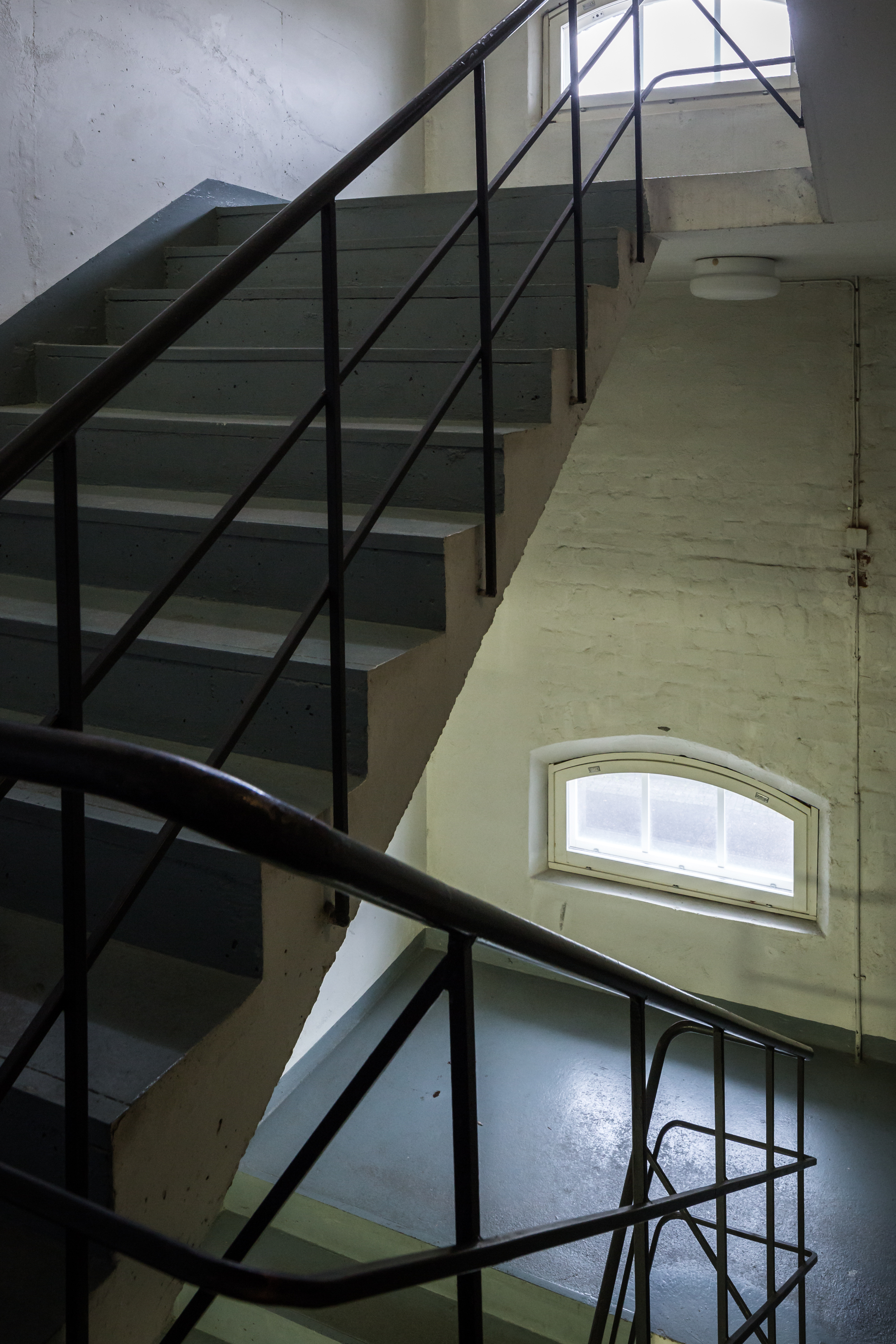 Give that Fiskars has quite a strong ethical policy built into its design strategy, what scope do you feel that leaves you as an individual designer in terms of ethical responsibility?

You still need to think about how much material you are using, for example. How much packaging are you using, how big is your product? Is there a way you can save one cm of material? As an individual designer, you really can and do need to think about everything.

Finally, I found a quote from 2007 when Rocla’s Humanic Reach Truck that you designed won the Fennia Prize. You said that ‘the prime considerations of design are usability, dependability, simplicity, and functionality.’ 10 years later, does that still hold true for you?

In the continuum of expertise: Maria Korkeila and Maija Arela

Now Reading Weekly Studio: Petteri Masalin, Fiskars
Read Next Towards a more viable city for both pedestrians and cyclists