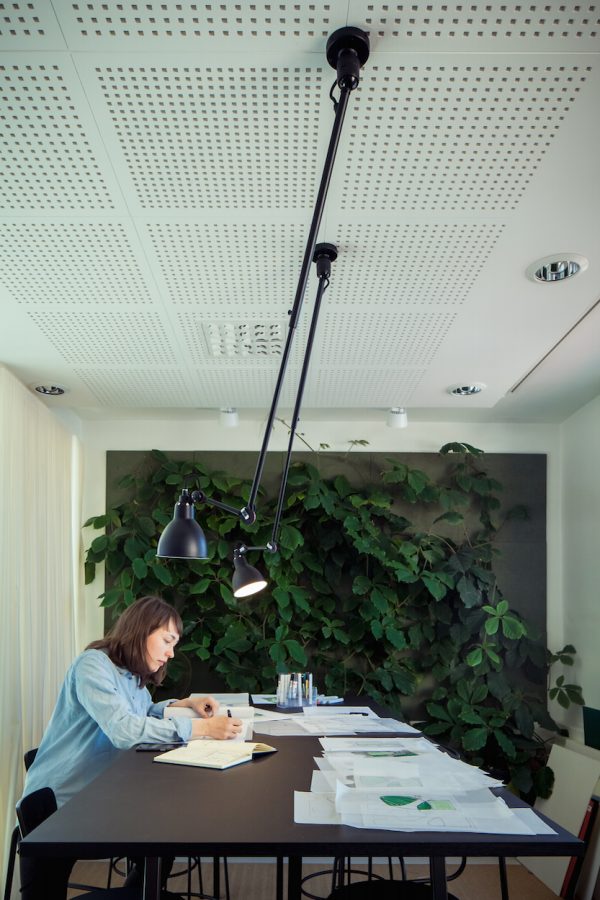 This month Weekly Studio talks with two of the four founders of landscape design studio Nomaji about why nature can always use a little design improvement. Weekly Studio presents interesting studios and their owners.

I’ve wanted to feature a landscape architect or garden designer in this series for ages, but found it difficult to find one! Was I not looking in the right place, or do they not exist?

Mari Ariluoma: There just aren’t very many. You can count the number of landscape architecture studios in Helsinki on two hands.

Varpu Mikola: In Finland, people have the idea that nature simply exists and there is no need to do anything about it.

Mari: But landscape architecture as a profession is growing in Helsinki. Or at least the need for expertise in the subject is growing because of the discussions we’re having as a city about urbanisation and densification. There’s a growing need for professionals who can design good environments.

A lot of these discussions focus on huge new developments, places like Jätkäsaari and Kalasatama. Is the City of Helsinki responsible for landscape design on these projects?

Varpu: In these areas the City of Helsinki has its own staff working on green area strategies. Effectively, they draw the lines for future parks and things like that, although some of these strategic works are bought from consultants.

Mari: The actual landscape design of those areas is not being done by the city. The city uses a few landscape architecture offices, but mostly it’s the big consultant companies who have contracts with the cities. There are large landscaping departments in such companies, which is one of the reasons why it’s difficult to find landscape studios in Helsinki. 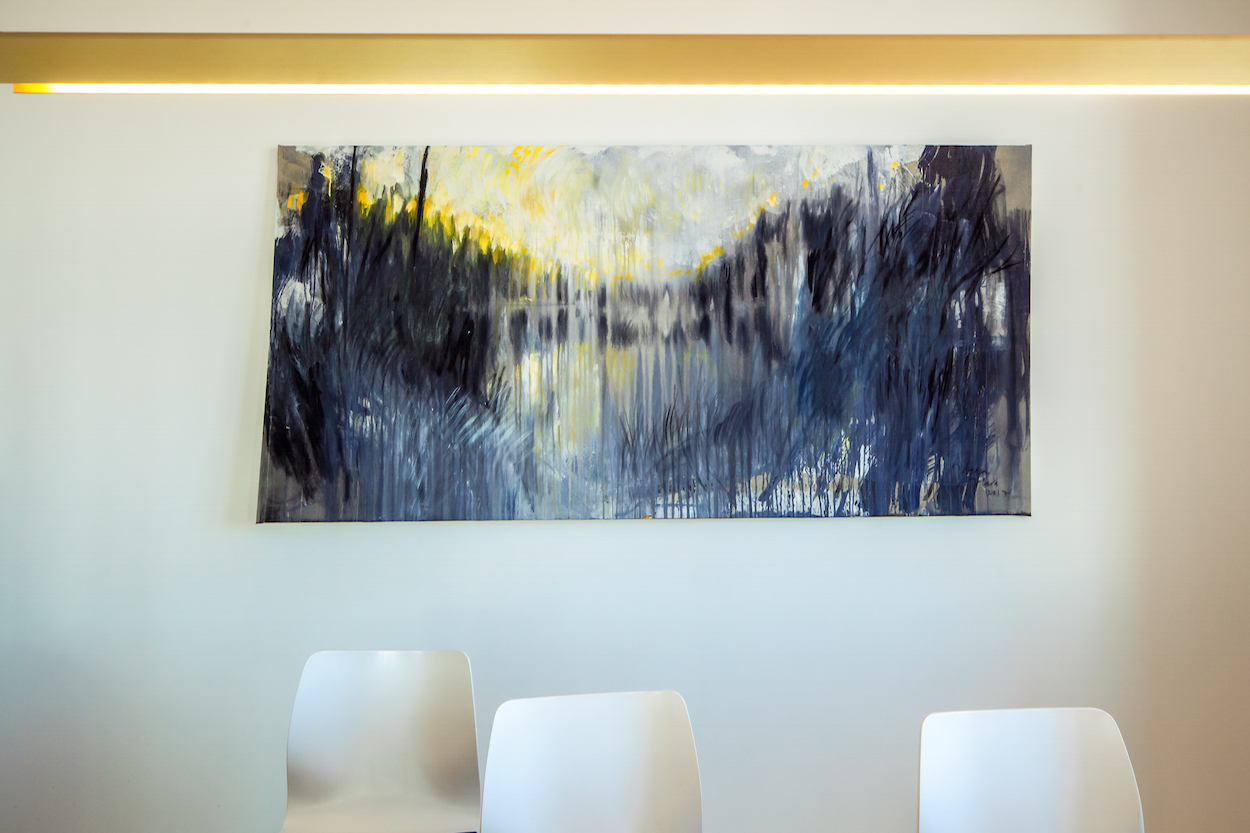 Before we get too far ahead, let’s back up and introduce the studio.

Varpu: Well, Mari and Anni [Järvitalo] had dreamt of a studio for years, but we four met in 2010 while organising the 2012 national day of the association of landscape architecture. We found it interesting working together and thought about what else we could do which led to our project with the Helsinki shoreline expedition.

Mari: We weren’t officially an office at that point, but we got funding from the FCF for the project. I don’t remember how many days we spent together, but on weekends we walked the entire Helsinki shoreline. We walked and took photos and talked a lot about specific questions. When we finished that project, we were ready to start something else.

What sort of questions?

Mari: The shoreline is very important to us and the interaction between nature and people. This is something landscape architects are really good at, but I don’t think it’s visible in terms of what our profession is doing. When we design new urban areas, we’re so focused on technical details that we don’t always use the potential and power of nature to make our places more attractive and interesting. This is one thing that we wanted to work on as a studio. 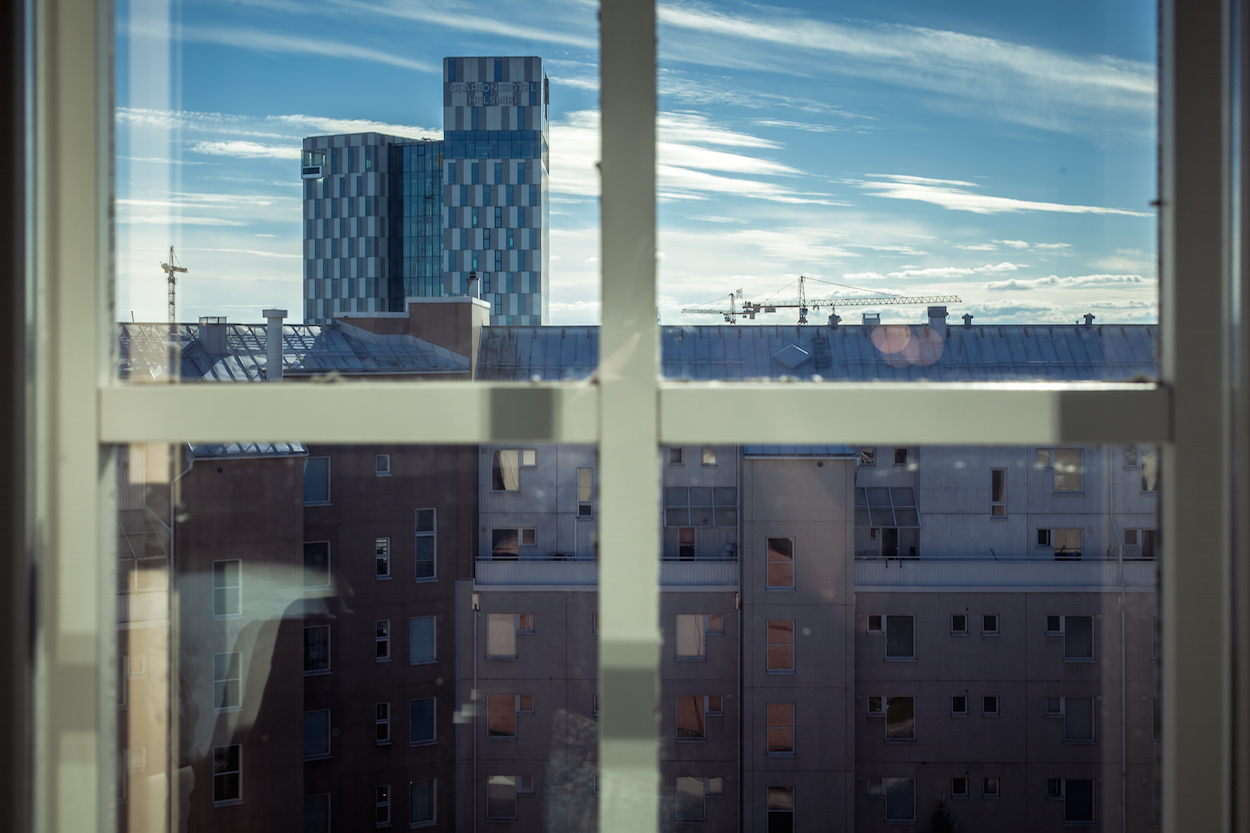 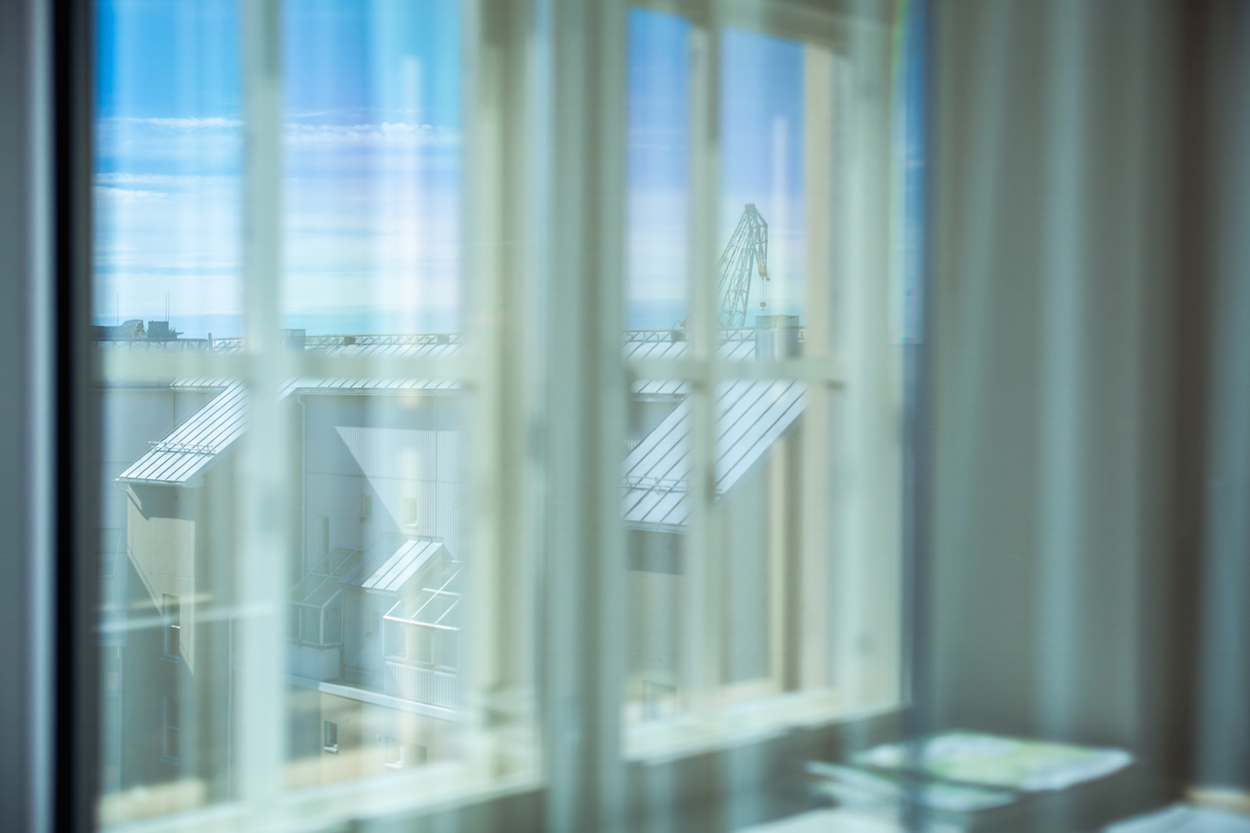 Design and architecture tend towards problem-solving in that we often talk about what we don’t like or what doesn’t work. I’m wondering if there are designed landscapes in Helsinki which you do like?

Varpu: For sure, there are some great areas in Helsinki, like Vanhankaupunginlahti Bay, which is mostly natural with recreational routes added throughout.

I know you are working on a number of landscape projects for schools at the moment. Maybe we could talk about Sipoonlahti?

Mari: We’re actually working on that project in collaboration with Architects Rudanko + Kankkunen, who we share our office with!

Do you have a specific philosophy in relation to designing for schools?

Mari: Our general philosophy is to use nature more effectively. I’m interested in developing outdoor learning environments for a Finnish context. Traditionally, schools had nearby forests which were often used for education. But because of future urbanisation, I think this will be less and less the case.

The projects we are working on are new schools for over 1,000 students, more like campuses, and they cannot rely on access to a forest. School playgrounds include basic equipment, but how do you design a school environment which can be used for recreation as well as learning? More than that, how do you make it sustainable, so that hundreds of children can use the space every day.

Our philosophy is also related to the new government strategy for pedagogy which emphasises children creating their own ways of learning. This gives more opportunities to take learning outdoors. It’s very interesting how we as landscape architects can take these issues into consideration. We don’t have all the answers yet, but we have various simple ideas and structures which could be used for different possibilities. 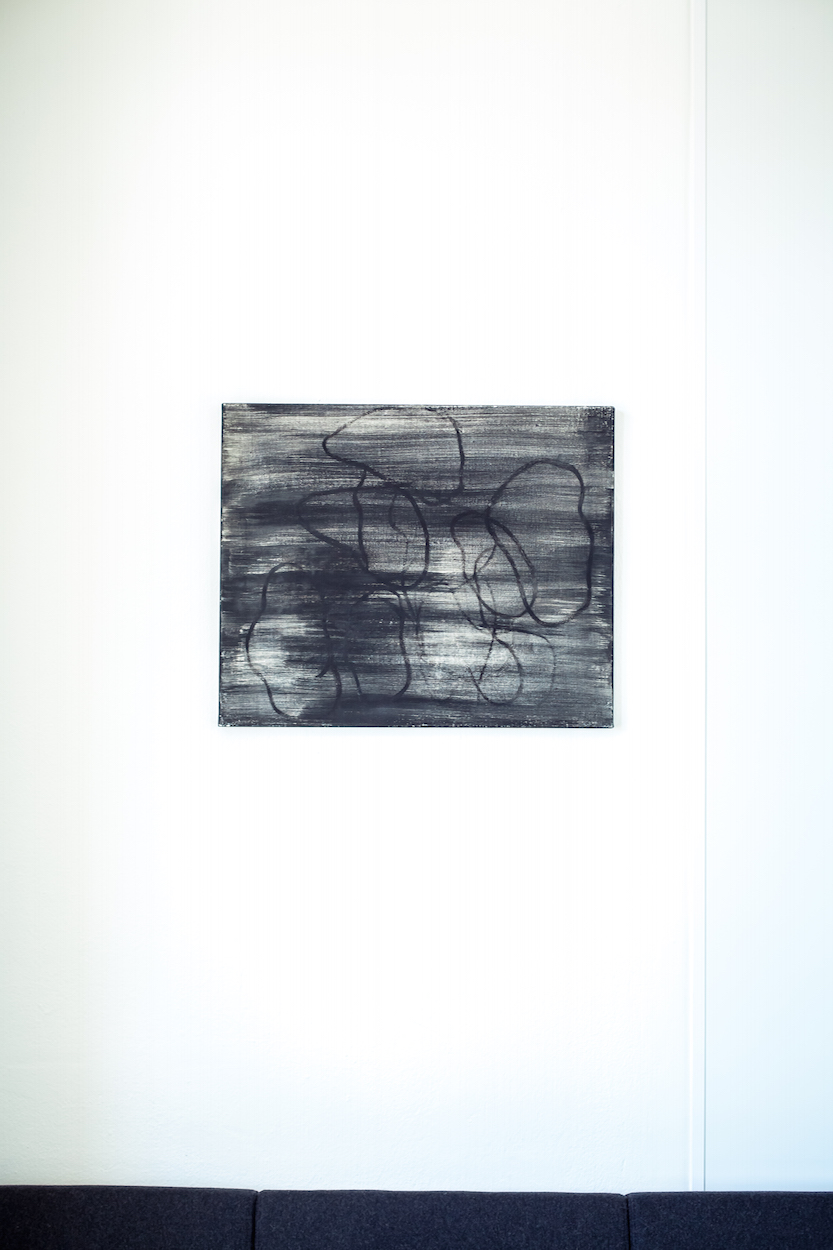 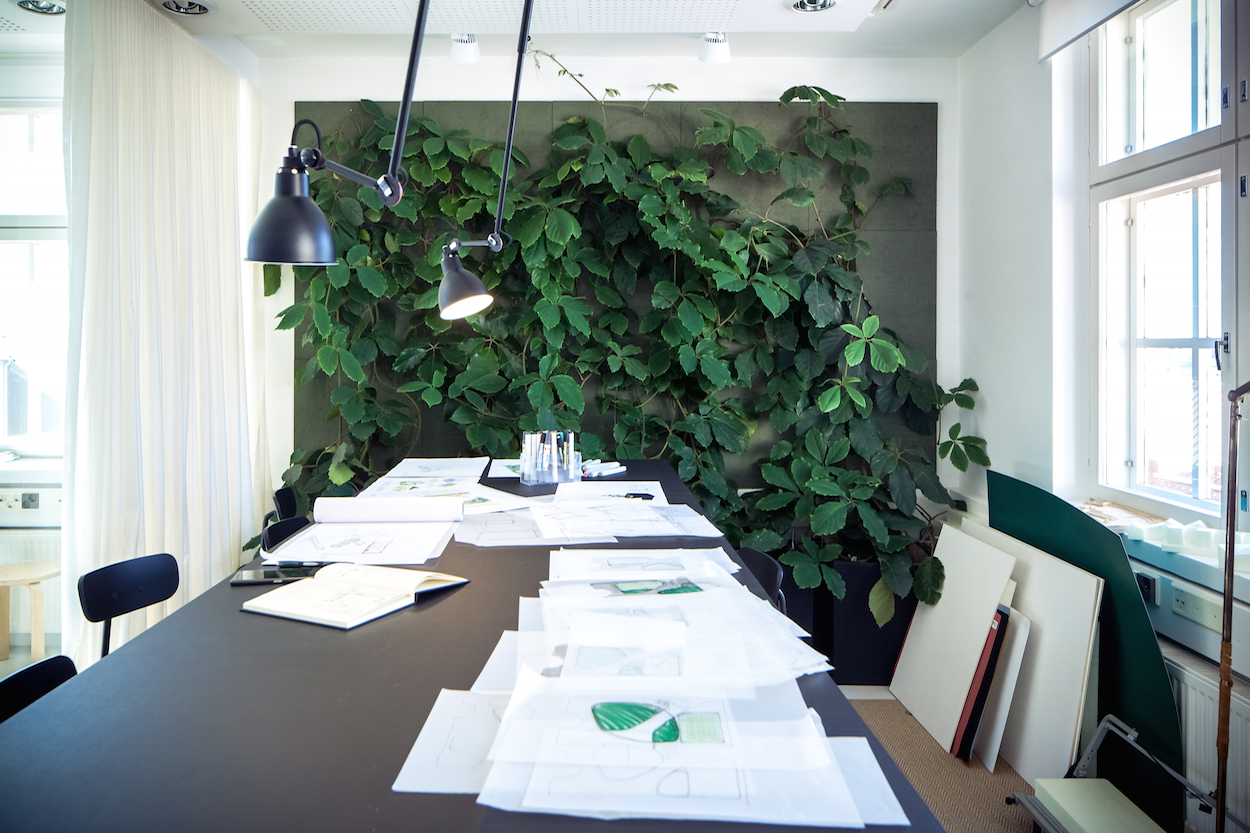 You’re also working on a number of projects to do with islands in and around Helsinki. There’s Harakka, where you’re looking at trails and viewing spots and Lammassaari as well. What’s happening with those projects?

Varpu: Construction is underway at Lammassaari and at Harakka, nothing has been completed yet. Both of these are interesting sites as they deal with questions of integrating nature and urban. They are areas with great natural qualities close to the built city and we’re looking at how to preserve those qualities when part of the impetus behind the project is because the city wants more people to visit.

Mari: That project is a good example of the kind of thing we want to work on. People who visit natural environments often think they are untouched, that nothing has been done or that nothing needs to be done, but that’s not true. If nothing is built, it may be impossible to access the site. If you don’t provide any guidelines about access, people could unintentionally destroy the value of the site.

Your strategy is to intervene as little as possible to preserve the site’s natural qualities while facilitating access?

Mari: Yes, I think you just have to be sensitive to the demands of each project.

Varpu: We would also love to do more radical things, maybe create natural values in areas where they don’t already exist.

Mari: Yes, regenerative processes are also very interesting. There are so many possibilities and we want to apply this approach to all our projects. For example, how would you build a forest in a courtyard? It doesn’t have to mean a real forest, but the feeling of a forest, perhaps. A forest is a process, it’s a dynamic and living system; an ecological system that functions in itself. These ideas are of great interest to us and they function as a certain kind of inspiration.

Varpu: We have one project at the moment which is a private courtyard in the city with asphalt and nothing else. We’re working on creating something green there.

Is it a kind of test site, this courtyard?

Mari: I think all our projects are test sites. Throughout history, the garden has always been a place of experimentation. You can be creative and take liberties without taking huge risks. It’s different with buildings.

Varpu: You don’t want to have mould in your building, but if you get damp in the garden it’s really not such a big deal. 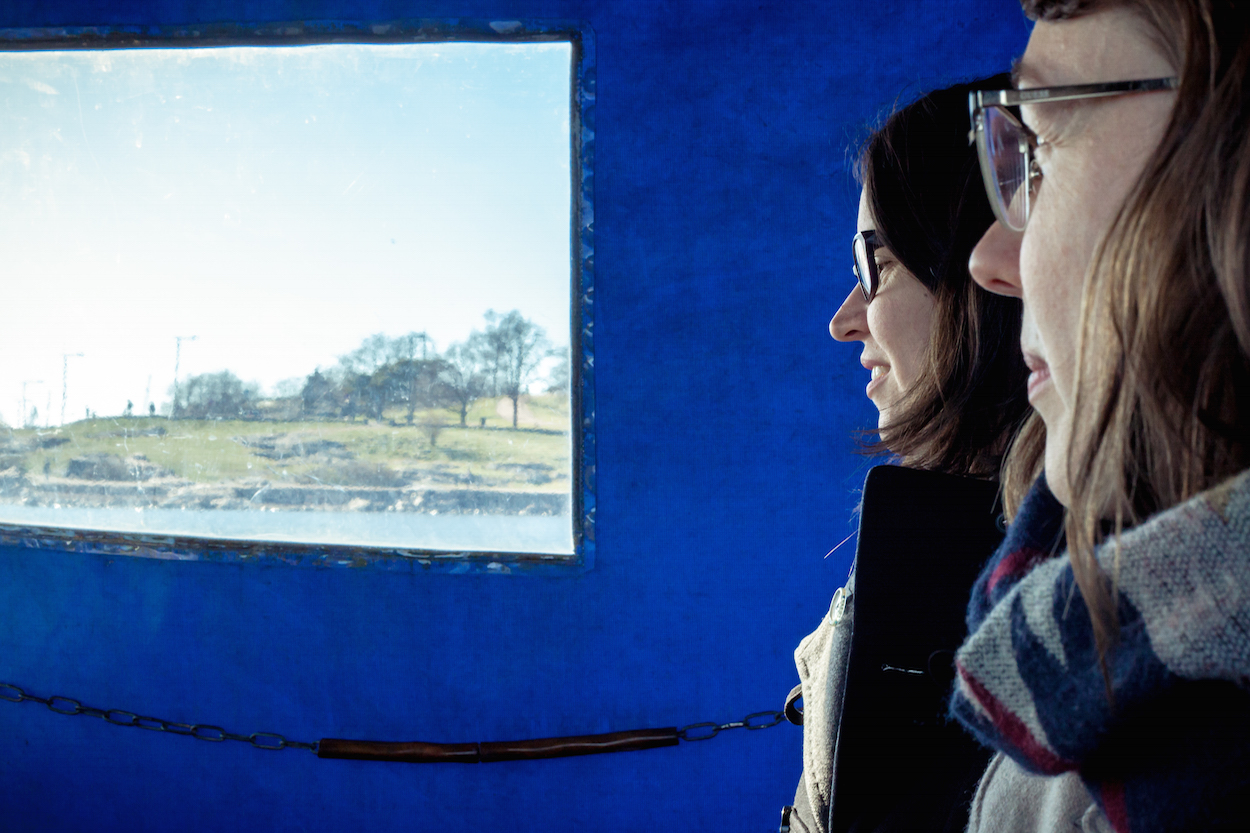 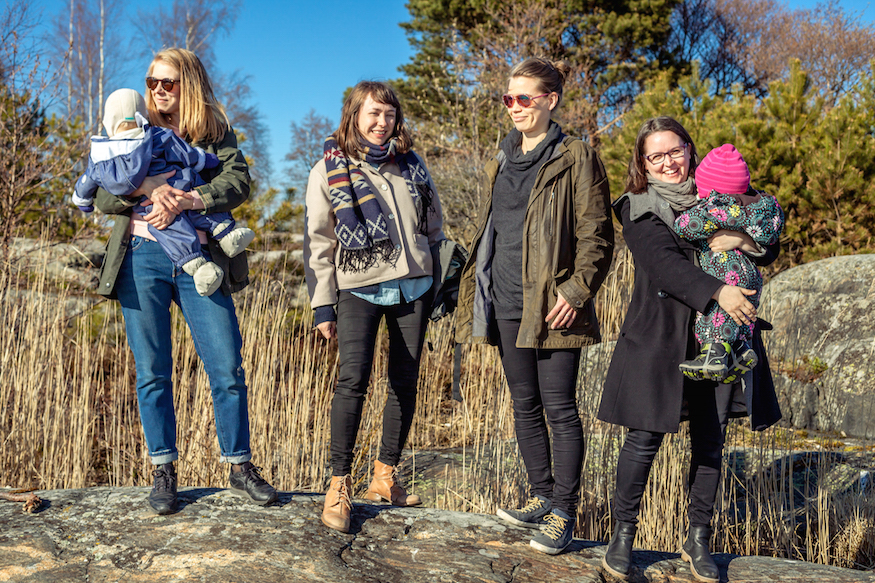 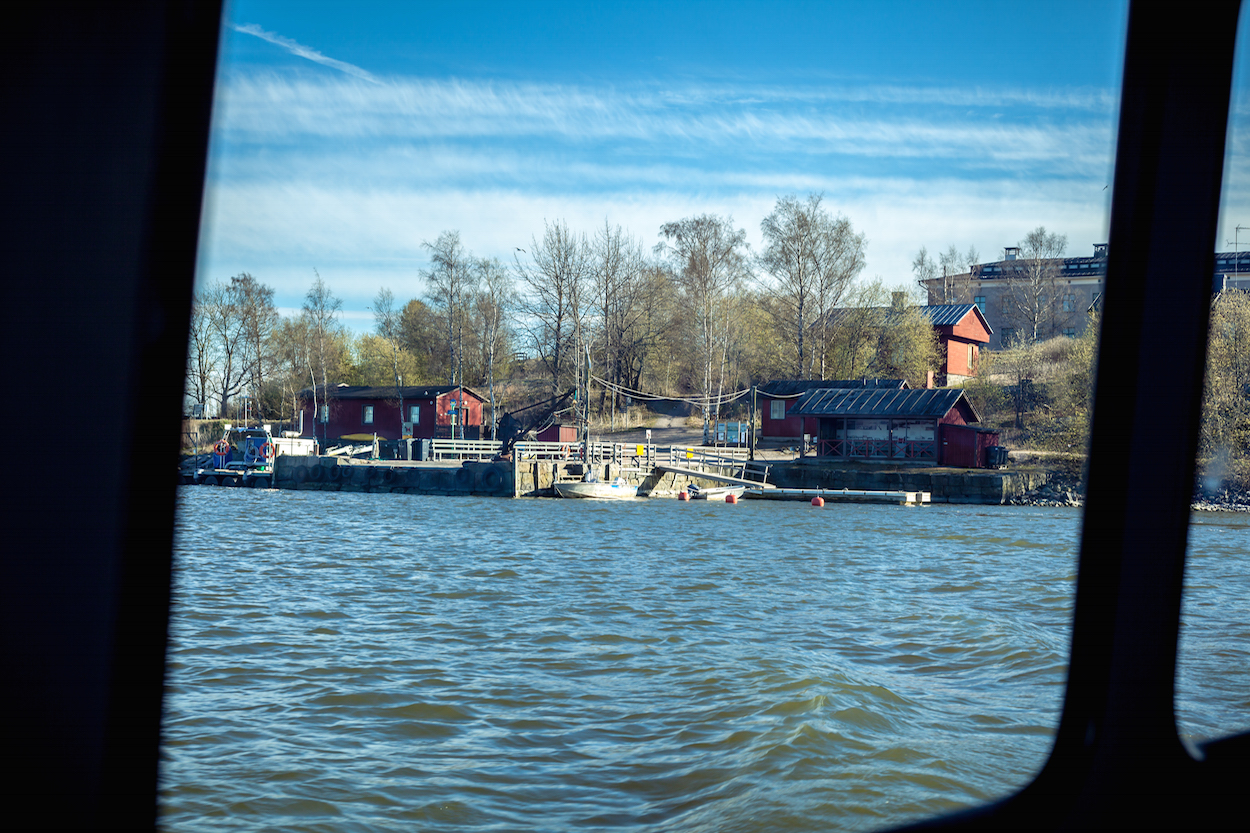 Your studio set-up is quite interesting, in that you share with an interior design office and architecture studio.

Mari: Yes, we’ve got one big space together with Haptik and Rudanko + Kankkunen. We have at least two projects with the architecture office and one with the interior office, so basically it’s the whole package.

And do you share ideas on projects where you aren’t directly collaborating on?

Mari: Sometimes they come over to talk about things even if we aren’t directly involved on a project. I’d say there is a general exchange of information.

Mari: We’re almost always involved in some competition, and it’s quite natural and easy to collaborate in such an open space.

Where were you based before?

Varpu: We shared with Studio Puisto, but they expanded so much that we all moved out together.

Mari: And actually, it may be that we cannot stay here for too much longer. We’re young and good [laughs] and growing fast. When we first moved in two months ago there were empty desks, but not anymore! 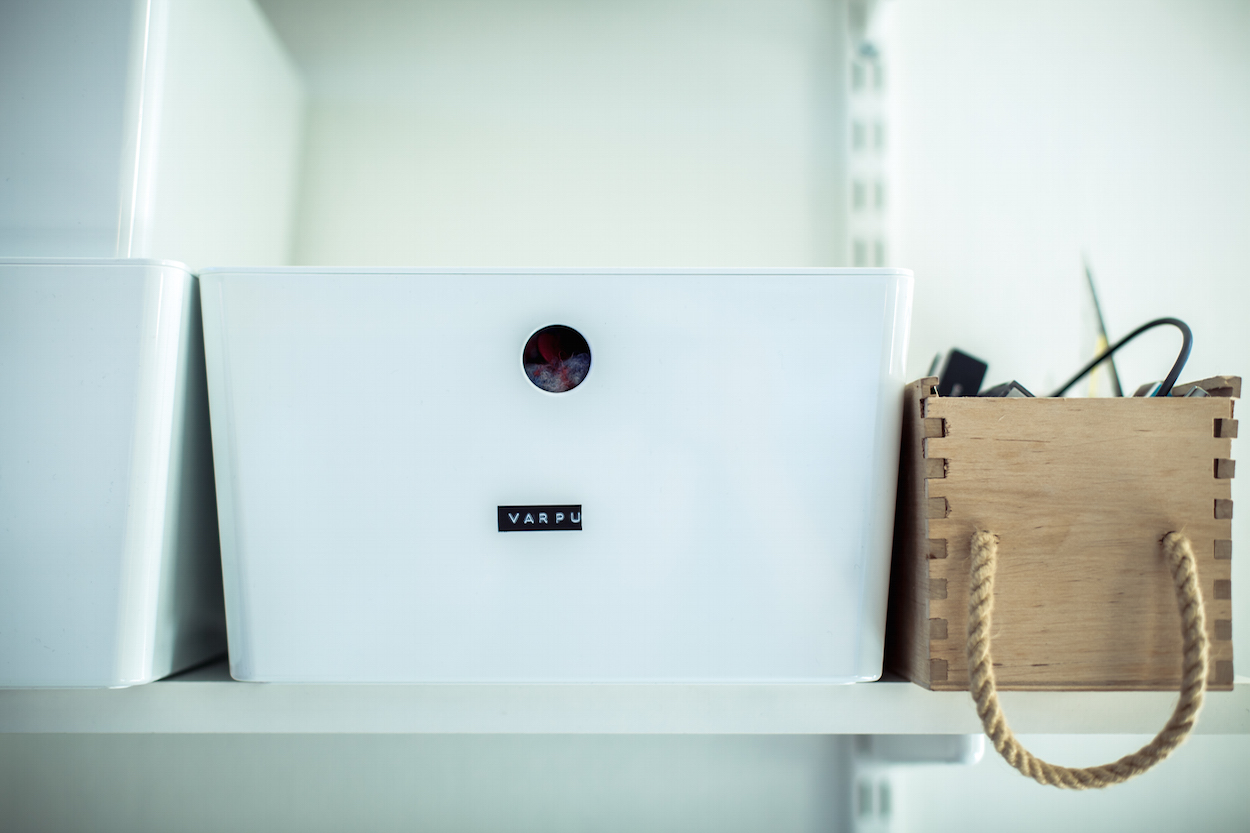 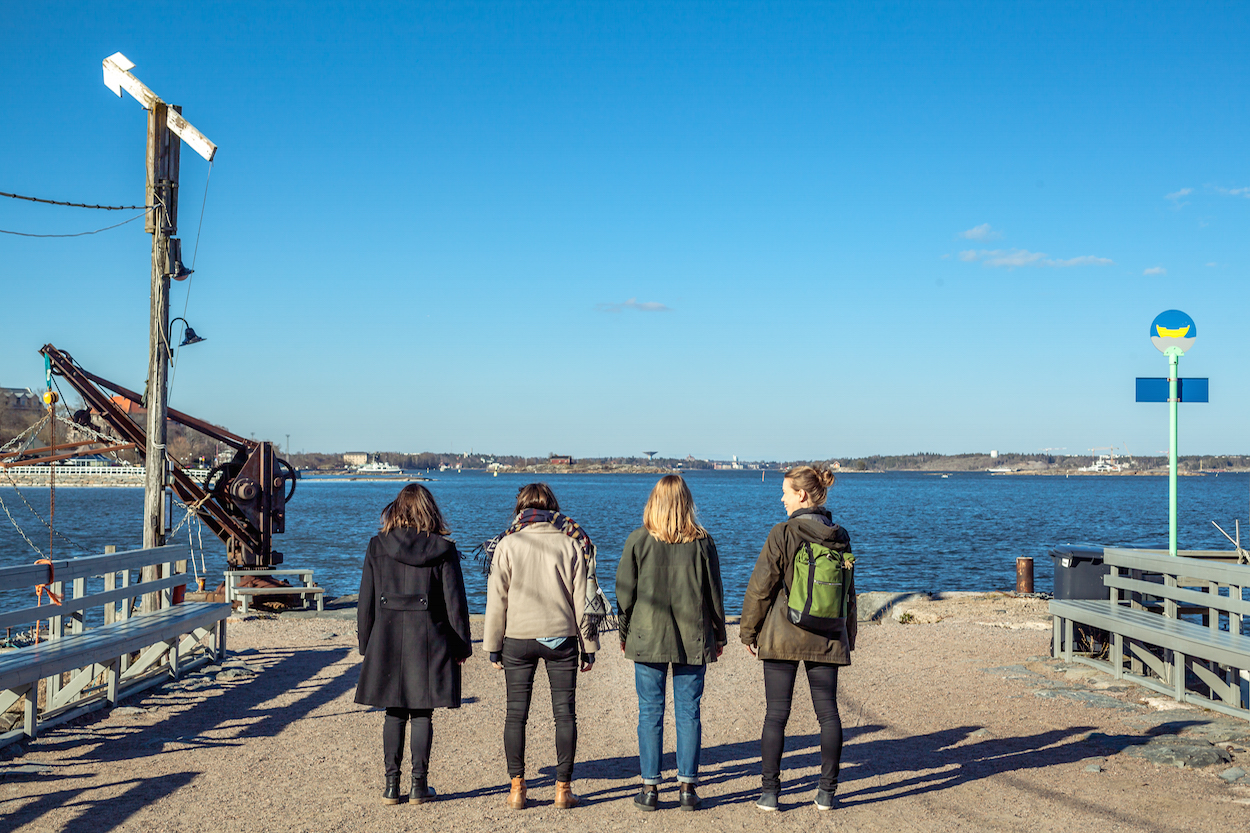 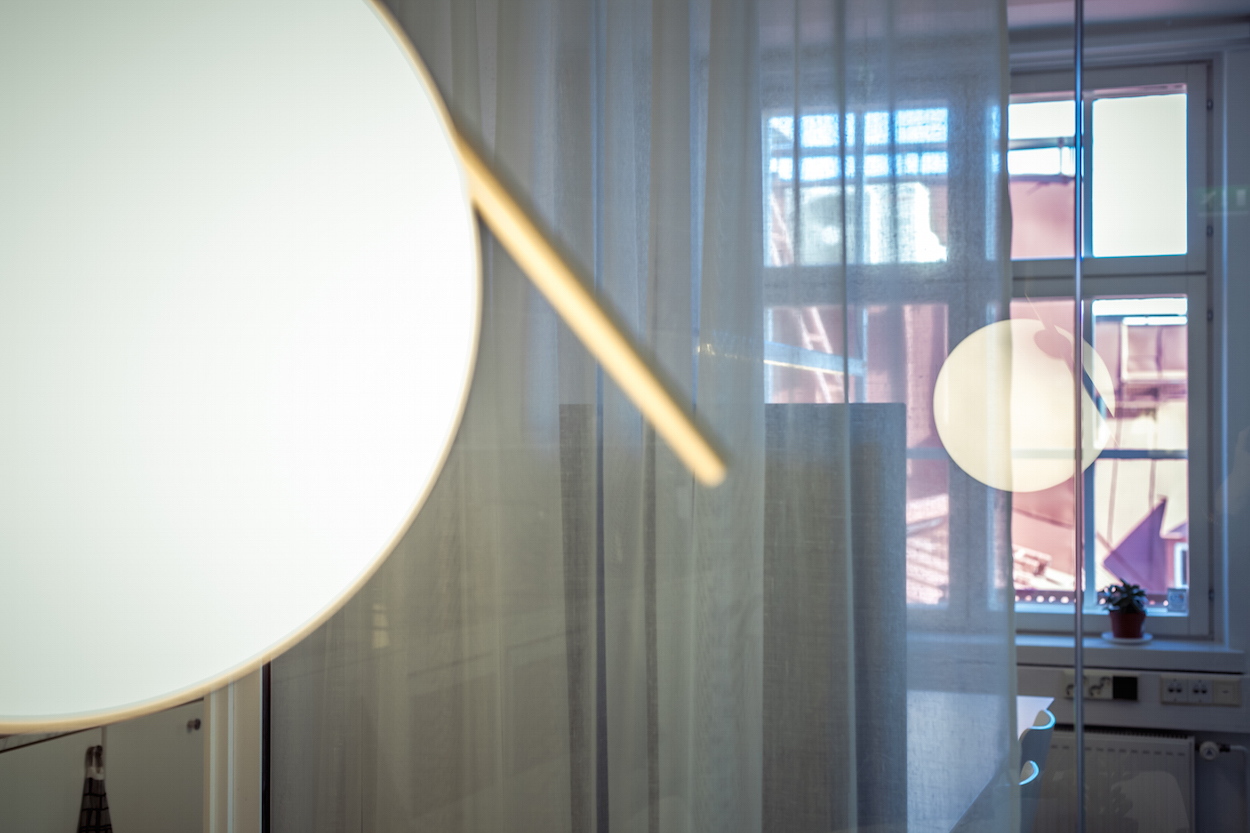 You’re also all mothers with young children. That must impact on how the studio functions.

Varpu: Where do we even start with that question! Well, three of us were pregnant when we decided to form the studio, but since everything has gone well since we established, I’d say it was a good decision.

Mari: My sons are a bit older, already in school. They need a mother, of course, but it’s not the same as with a new-born. I think it’s been really nice that we all have children, as I’ve sometimes thought that if I was the only one of four not to have children it would be difficult to be part of this studio since three of the members have very small children.

Mari: We have had meetings with all the small kids. Maybe you have to adopt a bit of a tribal attitude.

Varpu: I have two children, ages 1 and 4, and a really good system worked out with my husband and my mother where one child is in day-care and the other is looked after by family. But I also think that having my own business gives me more flexibility than working in someone’s office.

Mari: We have more freedom to organise things as we want, but also more responsibility.

Varpu: And Rikka [Nousiainen] and Anni are still at home with their babies, but they work from home as much as necessary, really.

Mari: We use Slack. I sometimes think our studio is on Slack more than in real life. It makes being a mother of young children and part of your own business possible. We have normal office hours, but you can ask things on Slack whenever. These tools make work flexible, which is important. But you also have to balance because we have our families and we want to have time with them. You could easily spend all your weekends and evenings working.

Varpu: I actually think it’s a very good thing we have families, because otherwise we would have nothing else to keep us from working all the time.