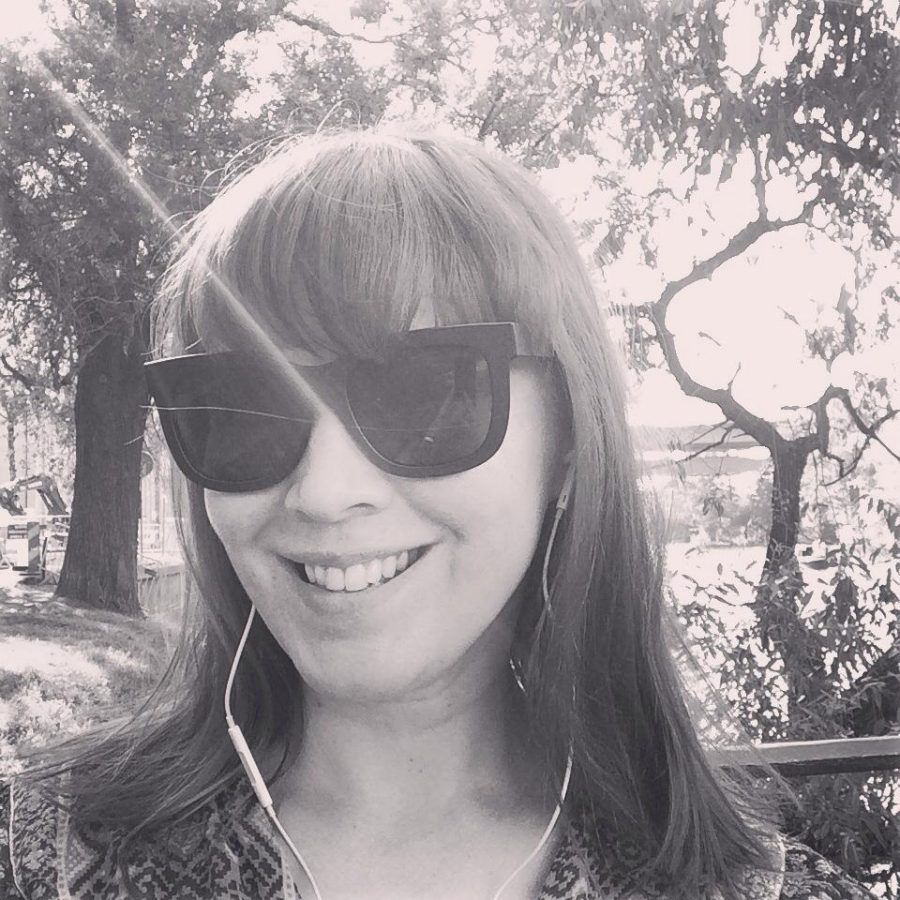 Tiia Vanhatapio is a designer and a creative director, currently working at Bulls Press and R-Collection. The Stockholm-based part-time dj told Weekly about her relationship with music. Listen to her Spotify playlist at the end of the article.
“Music is part of my inheritance. I have early childhood memories of driving to our summer cottage in Rovaniemi and listening to Mom and Dad’s C-cassettes. I’ve been a fan of David Bowie ever since.

I found Dad’s 7-inch jazz records when I was in elementary school and had no problems enjoying Art Tatum, Dizzy, and British music from the 1960s.

As a child, I fell in love with the opera and drama; I saw many of Kiri Te Kanawa’s performances on TV. The King, Elvis, has also followed with me since childhood.

My taste in music has varied quite a lot. I grew up with subcultures. The visual side of music has always been important to me: the New Wave, the New Romantics, and the “black lips” i.e. the Gothic genre were a big influence in the 1980s. I worked at Epe’s record store in Tampere and subscribed to Melody Maker, New Music Weekly, and later Metal Hammer.

Heavy and root music take plenty of space in my sphere of music. However, just as you can see on my Weekly Mix list, I am currently going through some kind of a pre-hippie phase; I listen to a lot of early 1970s folk rock and those charming French girl bands from the 1960s.

I am a manic collector of 7-inch vinyl records and LPs. I also use Shazam actively in case I hear a song that I don’t yet recognize. My favourite radio station is Radio Helsinki, and I keep it on at all times here at my Stockholm office.

In addition to design, I’ve worked for a long time as a musician and DJ. I did vocals for a rockabilly band called Rave On from 1992 to 1999.

Together with my friend Johanna Sumuvuori we’ve founded a DJ duo called Club Bangles that is specialized in indie, rock, and new wave music. Lovely Linda Linko designed an identity for us, and she won an award for it at Vuoden Huiput [Finland’s number one annual graphic design competition].

Tom is a musician, engineer and producer from Stockholm. We live for the music, and we plan to carry out a music project together.

The time has not yet been ripe for that, because for the moment, I am concentrating on my main occupation: design concepts at Bulls Press and creative curation at R-Collection.

We are taking R-Collection to international markets. The launch is to take place during the Copenhagen Fashion Week. There is a niche in the future for R-Collection as the ambassador of relaxed Scandinavian style.

If R-Collection was a music genre, it would represent singer-songwriter indie pop. It is bizarre, fresh, and at the same time, old.”

The Weekly Mix is a series of playlists made for us by designers and other creatives.

In the continuum of expertise: Maria Korkeila and Maija Arela