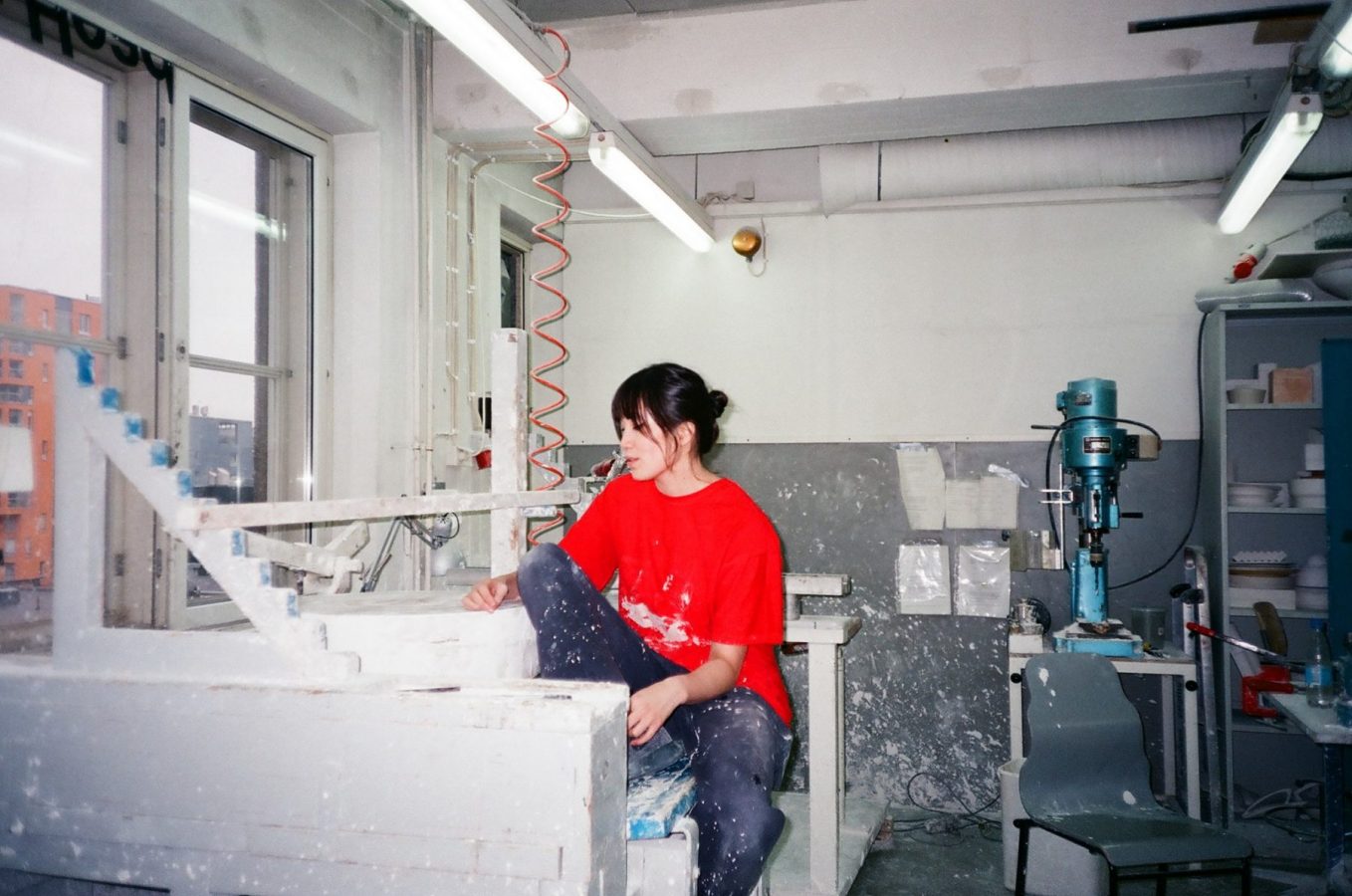 The Weekly Bubbling series presents promising talents of the design world. They reveal us their idols who will be introduced next in the series. Man Yau is a sculptor born in 1991 in Helsinki. She was awarded the Young Talent of the Year at Muoto Gala 2017. In her hands, porcelain turns into skate boards and wood can look like plastic.

Fine, thanks. I’m looking forward to future projects. In March I’m going to Jingdezhen, China, with six other designers on a cooperation project by Aalto University and Aalto EE. Jingdezhen is known as the porcelain capital of China: they invented the material, and the whole city is involved with the industry. We’ll work there for a month with the locals. After that we’ll launch a group exhibition at the Space for Free Arts and an installation during Helsinki Design Week at Stockmann’s in Helsinki. I’m eager to get my hands on the works. The early part of the year is always about planning because some of the workshops are outdoors. I still cannot sculpt marble, for example, when it’s really cold. I usually start work in April or May when I don’t need so many layers of clothing.

What kind of an installation are we going to see during Helsinki Design Week?

I’ve been thinking about an installation consisting of two sculptures. Stockmann sponsors the work, so I would like to do something larger than what I’m normally able to do on my own. Now is the time for decisions. Usually my art is modified throughout the sculpting phase, and it always involves intuition. Now that I need to order parts from a factory, among other things, I must know exactly what I’m doing. The theme of Helsinki Design Week is trust, and I want to make two sculptures engaged in a conversation. I don’t know if they are lovers or friends. I’ll combine different materials as in my earlier work. I’ll be using at least marble, metal and porcelain.

Which of these materials sets the biggest challenge and which is your favourite?

I graduated from a ceramics and glass-art programme so ceramics are the most natural choice for me. Having worked with it for a long time, I know how to adapt it. I have the courage to test unconventional forms, for example. I’m most excited about marble, which I’ve only used for some years. I’ve used brass and gold but not bronze casting. It is one of the classic forms of sculpting that I’d like to try one day. Perhaps I’ll utilize this opportunity with Stockmann to make one section of the installation in bronze.

How did you become a sculptor?

By accident. (Laughing.) When I started my studies in the University of Art and Design in Helsinki, I reached for the ideal of Scandinavian design: the simpler the form and fewer material, the better. During my first or second year I noticed that it’s not my ideal at all. The situation changed when I tested a method to dye porcelain. The shape of the skate deck was generated while I was testing some colours. The corner of the board, the concave, easily falls flat. My studies in materials generated the Porcelain Decks video. I took after what interested me, and here I am. 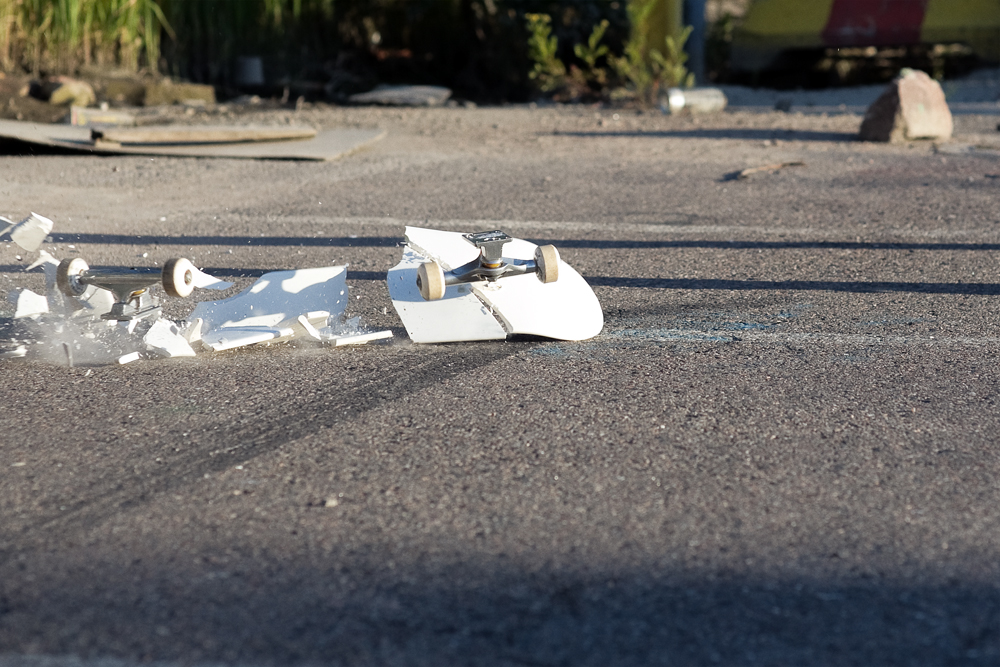 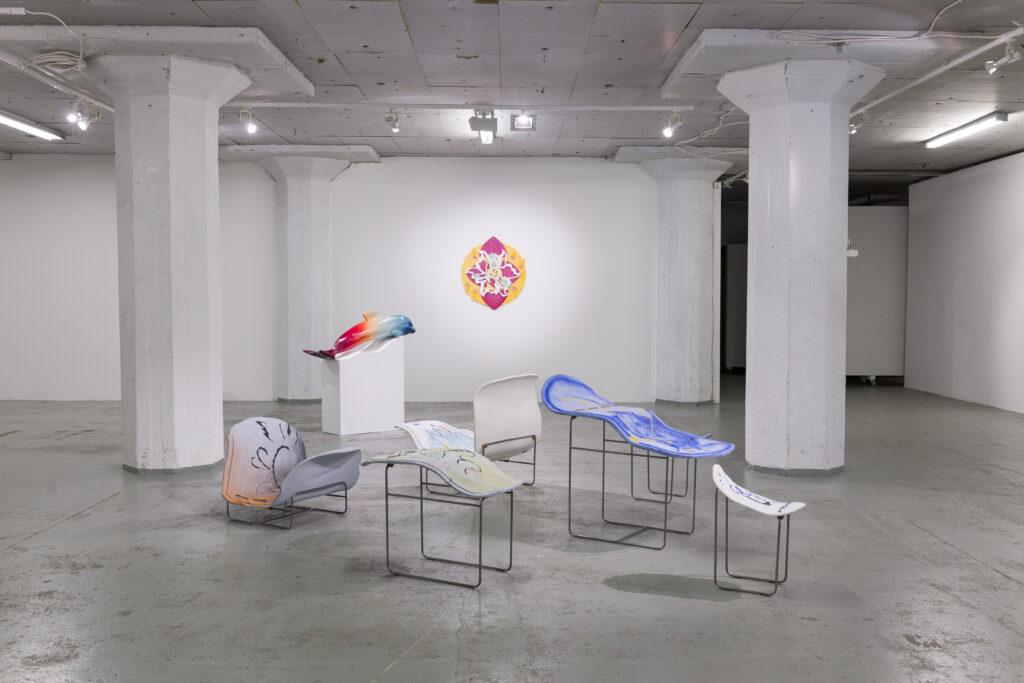 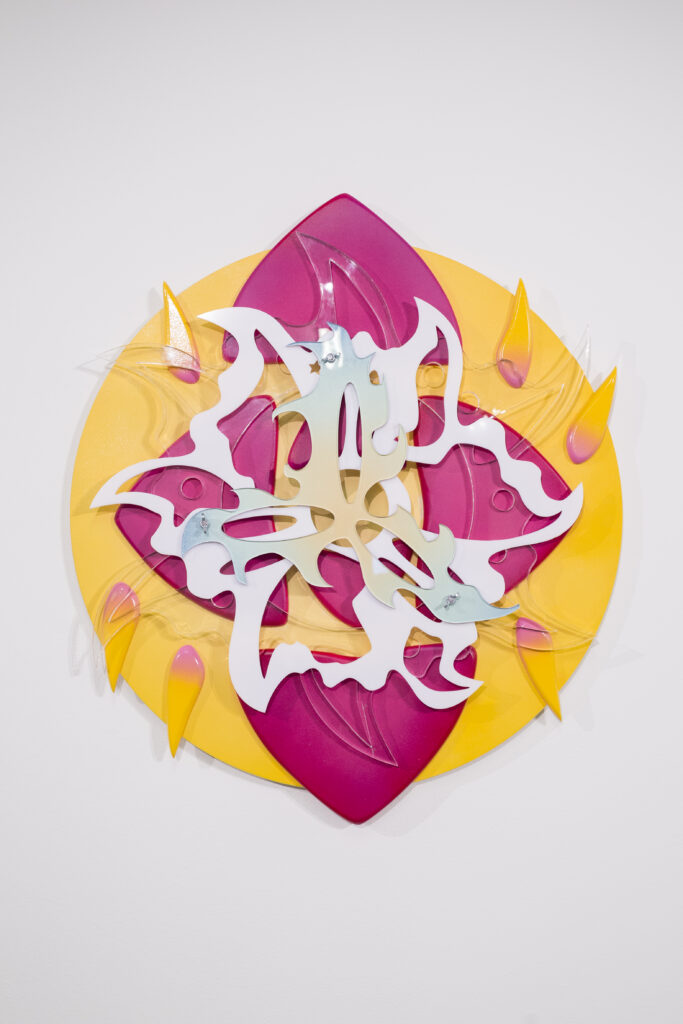 Creating the Delfu exhibition took one year. Where do you get the patience to follow through such long-term projects?

To me sculpting by hand is the default. I enjoy the challenge. If it was really easy to create something in just a few days, I don’t think I’d be doing it. It’s the writing that really gets to me. And all the other things, like grant applications, the website and social media updates.

Which of your works is your own favourite?

The Porcelain Decks and the luxurious Semiprecious water pipes made for Bukowski have been important projects at the time I started to move towards visual arts. At some point, my approach to my work was perhaps a bit contorted. If there was a buyer, I didn’t want to sell. The works become your children, kind of, as you work on them for a whole year. Now I’m hoping to make more and continue production. I do have a few pet peeves. They relate to a time when I wanted to be a Scandinavian designer. Those works are terrible!

You’re thought to represent the design style of your generation. What are the esthetics and idiom of your age group?

The only generalization I can make is that they can be anything. This probably also has to do with the nature of our society. We don’t have to create a national identity. Quite the opposite, that’ would be highly unwelcome. There is no one esthetic being worshipped. It’s the time of Internet and Instagram – everything is available everywhere. The hegemony of visual perception is obvious in design. Sometimes it seems that everything is based on esthetics. There are more and more crazy things and no straight lines. I believe that the Young Talent award received at Muoto Gala was based on certain internationality and cross-disciplinary quality.

From whom have you learned the most in your work?

Technically from the drill master at school. I’ve been lucky to be able to do my stuff at Aalto. Nobody has ever said no, you cannot do that. I’ve appeared with a drawing of a lump of some kind, and they’ve sat down with me at the workshop to plan how to make it real. Tomi Pelkonen has helped me at the ceramics studio since I was 19, no matter which project. I’ve learned to manage stone from the stonemasons. I wanted to learn to work on stone so I found a stone carving shop at the Tattarisuo district. I walked in there wearing high heels or something like that. The sculptors said go change your clothes so we can start. My ideas are the result of all the people I’ve met. In New York, I learned how not to work. Over there people work so crazily that work takes over their lives. I understood that is not the right way to go. How can I tell about life in my work if my life is nothing but work? 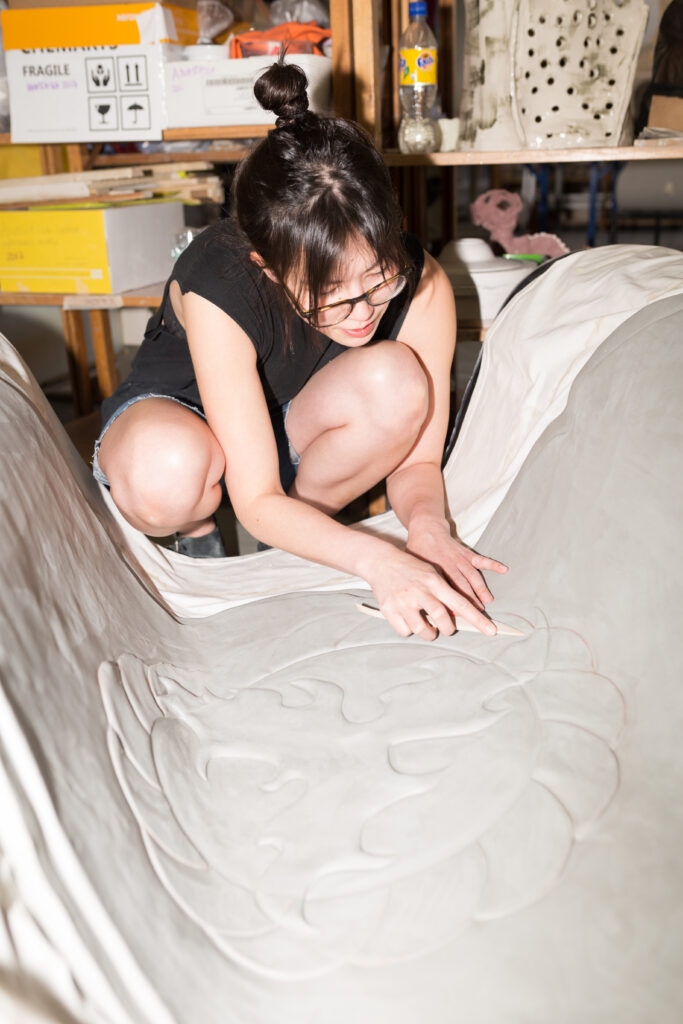 What else would you like to do if sky was the limit?

Currently I keep running between three different workshops. My dream is to have a big house and one room for working with stone, one for wood and one for metal, to just roam about freely. I would steal and hire a lovely staff from the Aalto University studio. Then, I think, I could do anything. I’m inspired by painter and film director Julian Schnabel’s Pink Studio in Manhattan. It is one giant building with a huge pool in the bottom floor. Vast walls full of paintings, a film studio… Quite an impressive experience.

Who do you admire and why?

Graphic designer Jaakko Suomalainen. I’ve worked with Jaakko many times, and he has a fantastic skill to understand what I’m thinking. We’ve last worked together in connection with the Delfu exhibition, for which Jaakko created the visual identity and font. He was immediately able to source my inspiration. Although Jaakko often does design, his work isn’t mainstream. In somebody else’s font I can see that they’ve looked for contemporary phenomenality. Jaakko can create a contemporary font that is also timeless. He stretches to any requirement, and he doesn’t do it just for money. I was working on the Semiprecious exhibition when I met Jaakko. I was very young, and of course I didn’t have a budget, just lots if ideas, such as a book. I knew who he was, and when I saw him on the metro, I went to say hi and told him about my project. I asked if he wanted to participate even if I didn’t have any money. He said sure, see you next week.

What do you think about Helvetica compared to your own fonts, and where is Helvetica nowadays?