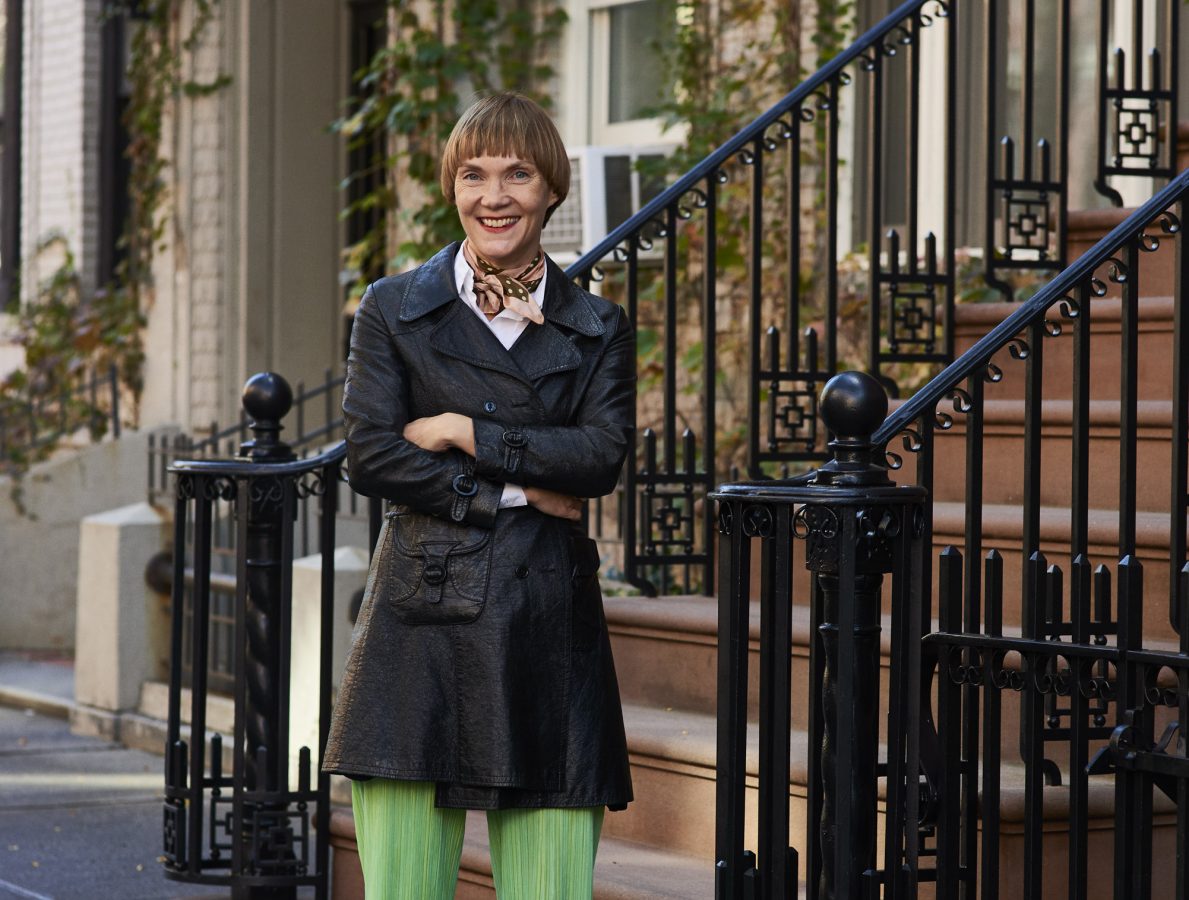 In an ironic twist, it was a holiday in Stockholm that prompted Jokinen’s realisation that Helsinki’s street style was something worth documenting. “I realised that Helsinki had something unique in terms of street style,” she says. “For example, there were these glam rock teens hanging out in front of Kiasma that summer and, after visiting Stockholm, I realised how distinctive to Helsinki this style was and how I wanted to show that to the rest of the world.” 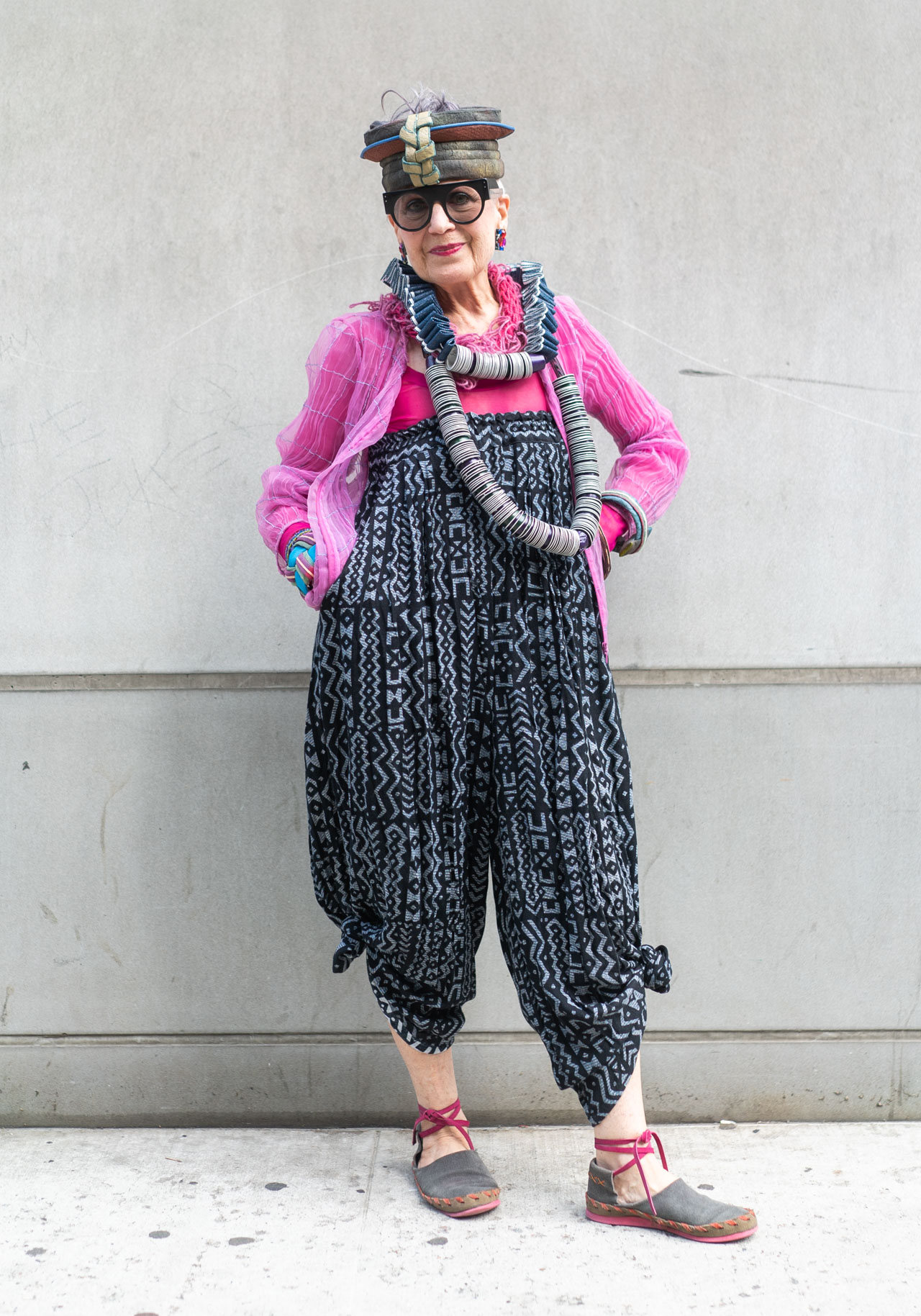 Jokinen’s instinct paid off and within the first week of launching the website, her photographs were featured on Boing Boing and visits to Hel Looks skyrocketed. Not only did this help to establish the venture as a key player in the street style universe, but it also kick-started a relationship between Finland and the US that would later come to define her work.

Following the sell-off of Karjalainen’s start-up to Facebook, the couple moved to San Francisco in 2014 when he was offered a job at the social media company. While awaiting a work permit, Jokinen turned to her trusty camera as a way to both familiarise herself with the city and occupy her time.

“People told me that I wouldn’t like San Francisco,” she says. “Some of my friends said that there wouldn’t be anything for me to see because there was no street style; people didn’t dress up, they only wore flip flops and sweaters. But I didn’t want to believe them and I’m happy I didn’t because I think I proved with SF Looks that there are interesting styles in San Francisco.” 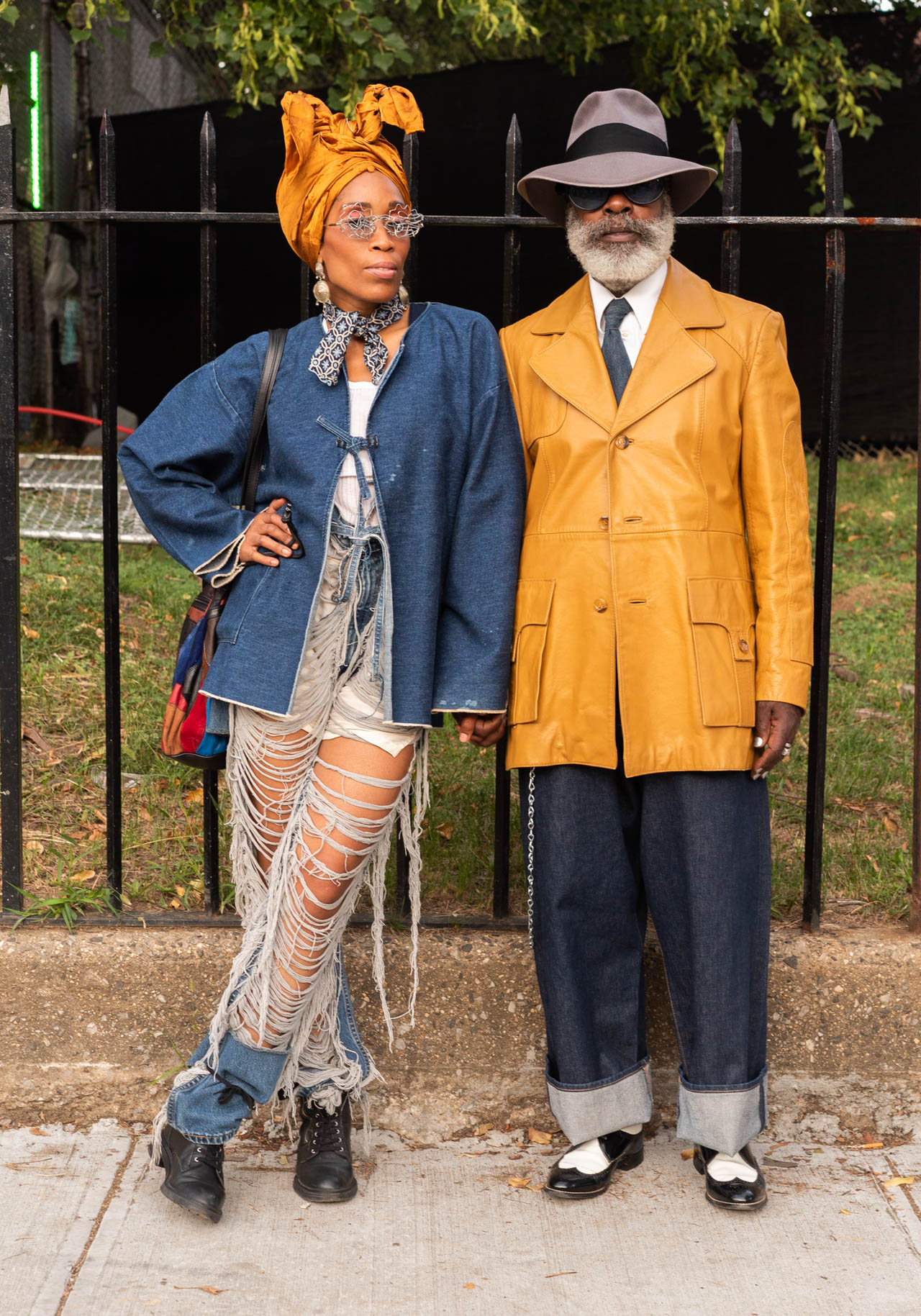 In 2017, the couple relocated to New York City, after Karjalainen transferred to Facebook’s Manhattan office. Despite initial reluctance, both Karjalainen and Jokinen have come to love the constant inspiration offered by the city’s rapid pace. As with Helsinki and San Francisco, Jokinen set up another street style blog dedicated to New York which offered her unique access to the city.

“The first couple of weeks in New York I really didn’t like it because no one smiled at me and I thought people were rude,” she says. “But slowly, after I started taking photos, I became so inspired because you meet all kinds of fascinating people in the street. It’s really the people who make New York special.”

Although the pair are now predominantly based in NYC, the foreseeable future holds a more nomadic lifestyle. I’m chatting to Jokinen via Skype from Los Angeles, where she and her husband are living for the month; partly to escape New York’s ferocious winters, but also to survey the city’s vintage scene as research for their newly-launched vintage search engine app, Gem. 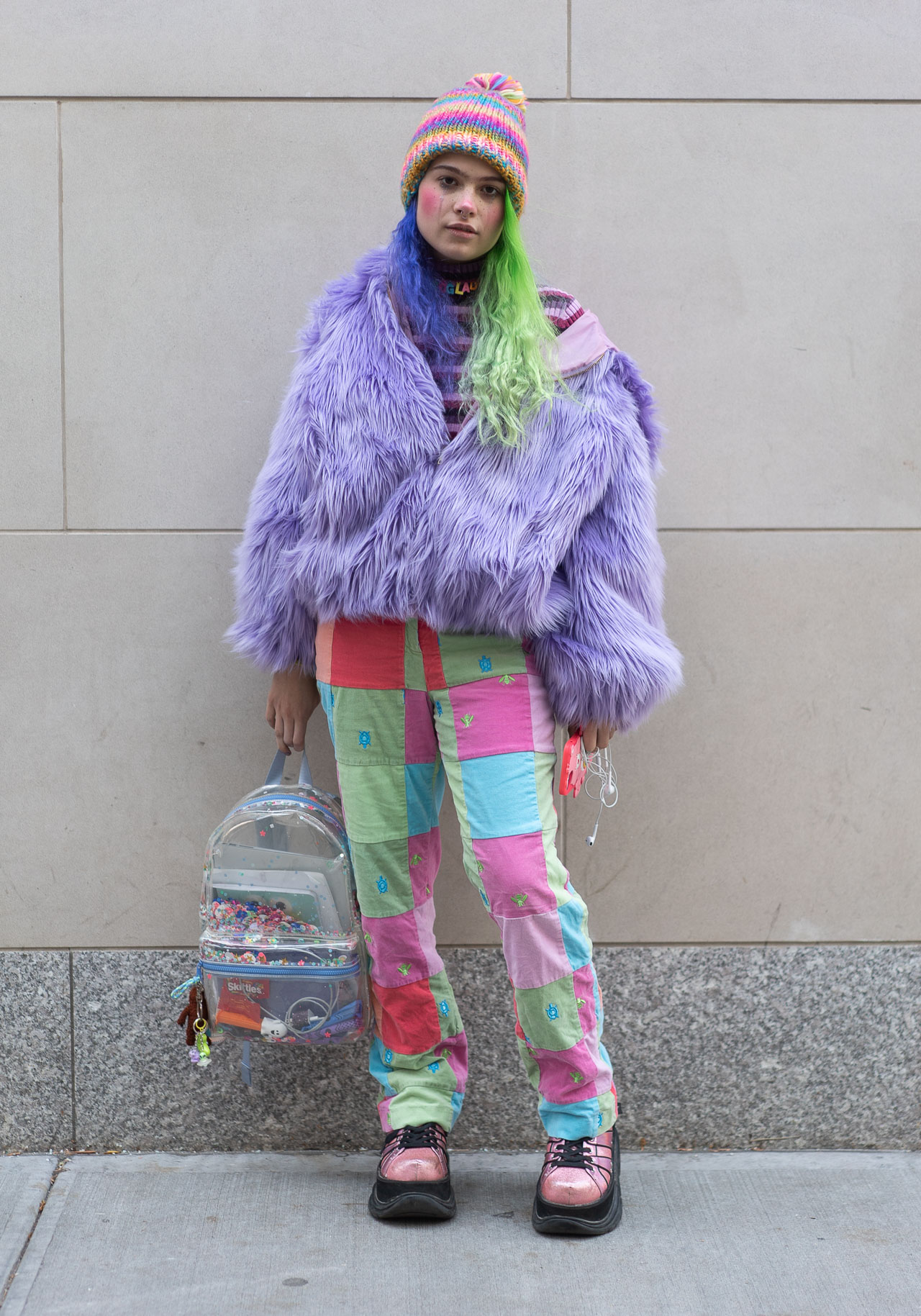 In search of treasure

The impetus for Gem lies as much in Jokinen’s concerns for the environmental impact of fashion, as it does her Helsinki days, when a small Facebook group of vintage lovers would swap tips on garments found in second-hand shops. Given that the fashion industry, particularly so-called fast fashion, is known to be a vast consumer of resources, Jokinen views second-hand clothes as one ecologically-minded alternative to buying new.

“We’ve seen predictions that resale will outgrow retail in coming years,” she says. “While there are search engines for flights or car rental, there wasn’t anything that allowed people to easily search for second hand and vintage clothes and that’s why we created Gem.”

Gem makes it as easy as possible for people to search for specific second-hand items online. The search-engine platform crawls some of the biggest second-hand e-tail sites around the world to enable online shoppers to quickly locate particular items.

In making it as easy as possible for people to search for specific second-hand items online, Jokinen and Karjalainen hope that Gem will help to shift fashion consumers’ reliance on purchasing new clothes.

At heart, Gem is a simple idea: a search-engine platform that crawls some of the biggest second-hand e-tail sites around the world such as eBay, Etsy and Vestiaire Collective to enable online shoppers to quickly locate particular items. Having spent years developing the idea in advance of launching Gem, Jokinen explains that the chief sticking point with encouraging people to shop second-hand has been time.

“Something that people kept telling me when I encouraged them to shop second hand is that they didn’t have time to thrift,” she says. “If you’re trying to find something specific, you might have to search a dozen vintage stores before you find it. I was thinking there must be a better way to connect people looking for a specific item and all those items that exist in vintage stores and online.”

As for New York, despite only being resident since 2017, Jokinen says it now feels like home. The city’s endless activity energises and inspires her, she says; all she has to do is get outside and go for a walk to feel rejuvenated.

“That’s not to say I don’t love Helsinki, too,” she says. “I didn’t leave because I wasn’t happy in Finland. I still love it there, the people and the style. I consider both cities to be home in a way.”

In fact, although HEL Looks might appear dormant, Jokinen says she updates it with new photos when she returns every summer. Observing a contrasting approach to street style between NYC Looks’ label obsession and HEL Looks’ frequent self-made outfits, I wonder whether she has any insight on the differences in style and spirit between New York and Helsinki fashion. 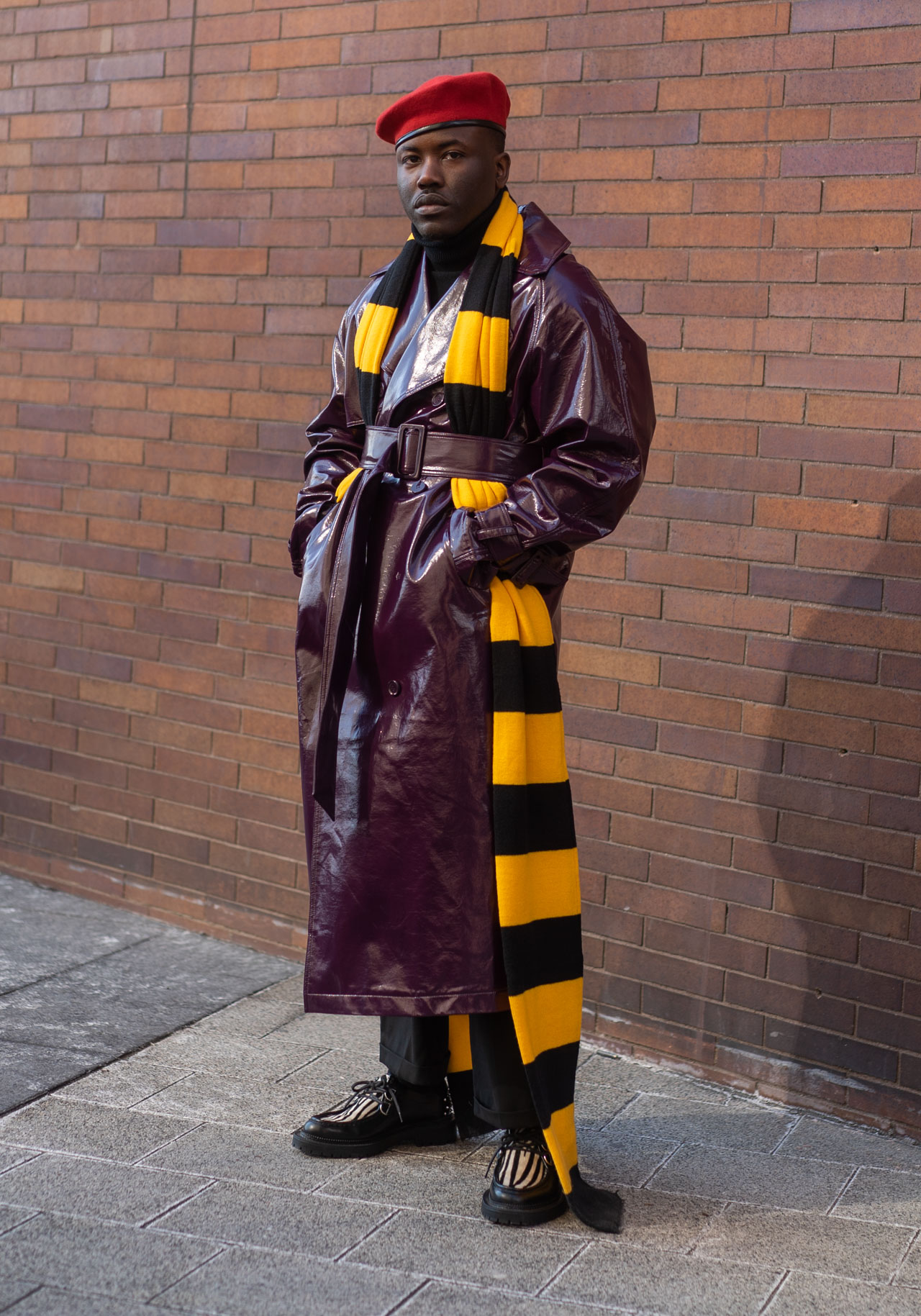 “I think there’s more of a feeling of naturalness and casualness about Hel Looks people. They dress for themselves with a ‘here I am, take it or leave it’ attitude and I really love that,” Jokinen says. “Whereas New Yorkers maybe dress for other people, to get attention or deliver a message. It’s a different attitude, which I also love because in trying harder they constantly invent new things.”