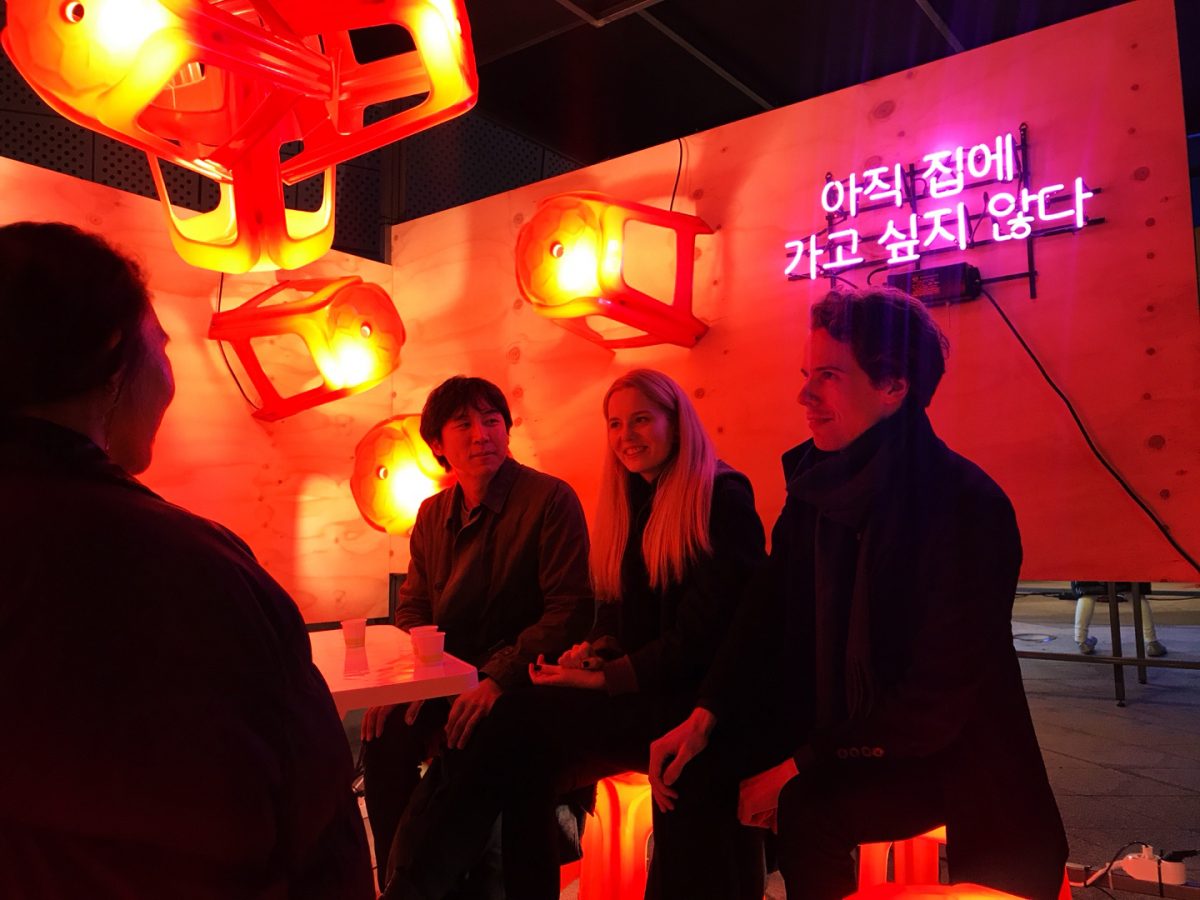 Weekly Abroad meets Finnish designers building their career around the world. Although Finnish designer Milla Niskakoski lives and works in Seoul, she’s on a weekend jaunt to Hong Kong when we chat for this piece. More particularly, she’s in a shopping mall in Central borrowing the wifi. The connection is patchy, but lasts just long enough to get an insight into Niskakoski’s Korean life.

Niskakoski’s relocation to Korea was precipitated as much by a desire to experience life in another country as it was a felicitous encounter with Korean culture at university in Finland: a Korean roommate prompted Niskakoski to take a closer look.

“She taught me how to read and write the Korean alphabet, which made me very curious about Korean culture,” says Niskakoski. “I went to Korea for one semester on exchange and, as soon as I came back to Finland, I started thinking about how to return.”

Settling on the idea to pursue her Masters in the country, Niskakoski returned in 2012 for one year of language school before taking up a place on the product design MA at the International Design School for Advanced Studies, Hongik University. Niskakoski was supported in this endeavour by a generous government scholarship programme for foreigners which, she says, enabled her to focus all her energies on her studies. Hongik University’s rather unusual location, in close proximity to industrial areas rife with large material markets and small-scale factories, meant that it wasn’t long before Niskakoski and some of her fellow students began to think about creating their own studio. The result of those deliberations, Almond Studio, was born last year as a joint venture between Niskakoski, Shua Jo and Erlend Storsul Opdahl, fellow students from the University.

“It’s the first company for all of us so there is a lot of learning,” she says. “About 40% of our time is designing and 60% is admin and running the company.”

The studio’s first project was an extension of Niskakoski’s thesis project looking at micro-niche branding. The micro-niche in question was a line of children’s’ backpacks for “metal head parents”. In the end, Niskakoski says, her chosen micro-niche was too micro and the backpacks were re-designed to be produced in a larger size for adults. Production for the Kerorek backpacks was successfully funded on Indiegogo and a Korean crowd-funding equivalent. The backpacks were then produced locally on a small scale, providing the studio with its first real taste of the ups and downs of the production process. “Producing the backpacks was probably too big of a project for our first product,” Niskakoski says. Consequently, the studio then refocused its attention on smaller items which can be produced within a few kilometres of their office and which don’t require an enormous injection of financial outlay up front.

“Our company is still quite new and at the moment we’re testing many different things,” says Niskakoski. “We want to make as many different projects as possible to see what our strengths are, what we love doing, but also what we never want to do again.”

As for being a young Finnish designer living in Korea, Niskakoski says that it’s not as exotic as people back home might otherwise think. Seoul, she says, is easy to get around with good public transportation; it’s safe and clean and young people speak good English. But one of the main draws and a key reason Niskakoski decided to remain in Korea after graduating is because the design work is very hands-on.

“Seoul is a playground for product designers,” she says. “The manufacturing process is very visible and that inspires us. It’s not just a question of designing an item and then figuring out how to produce it, but drawing inspiration from being able to see how things are made.”

If Korea’s manufacturing and design companies have helped make the country a global industrial giant, Niskakoski explains that it’s still rare for young designers to start their own studios. “There’s a lot of pressure from society and family,” she says. “Most of the people who graduated with us want to work for Samsung or LG rather than start their own company.”

And yet, despite (or perhaps because of) the relative lack of an independent design community, Korea’s government is keen to encourage business creation among its youth. Almond Studio have benefitted from a number of government-supported start-up programmes and their current office, which they share with a branding agency, is also funded in part by a government-supported fund. The strong support has been a boon for the studio as they evolve and develop.

“Korea is such a fantastic and exciting place to live,” Niskakoski says. “There’s always something new going on. It feels like a really good time to be living there, especially as a designer.”