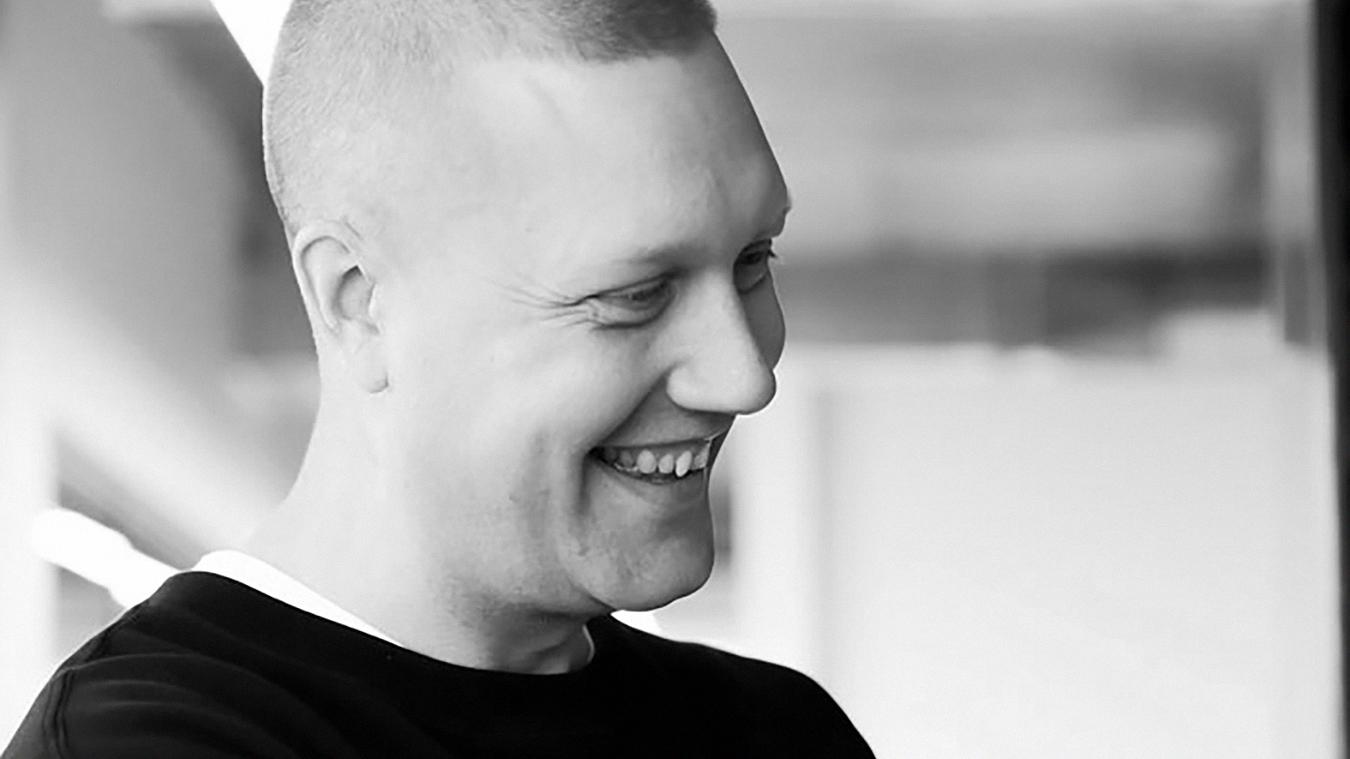 Esa Matinvesi, a graphic designer with a penchant for philosophy, chats to Weekly about the importance of responsible communication, why digital and print design aren’t binary opposites and how being a good designer means trying to better understand the world.

Graphic designer and art director Esa Matinvesi is the first designer I’ve interviewed to  casually introduce Wittgenstein into the conversation. “To quote Wittgenstein,” he says, “‘the limits of my language are the limits of my world’ and that’s something I’d been thinking increasingly about especially after moving to another country where you live and work in two worlds and two languages.”

We’re talking about how Matinvesi came to work as a lead digital designer for Soapbox, a communications company whose client roster includes a number of global political institutions and think tanks. As a prospective employee, it was Soapbox’s emphasis on the importance of ideas and communication that particularly attracted his attention—the company’s tagline is “creative communications for ideas that matter”. 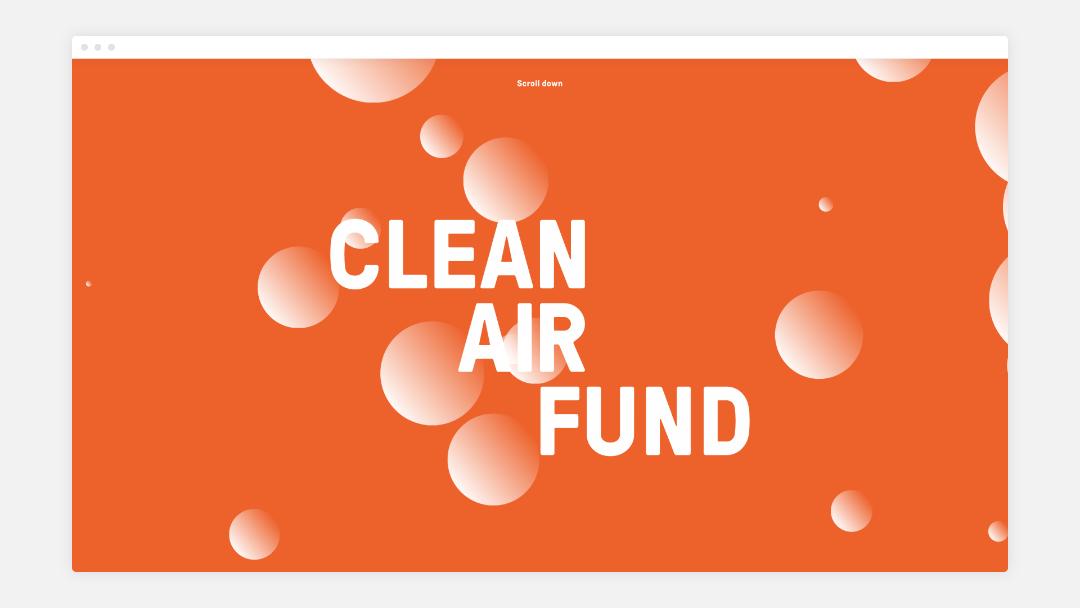 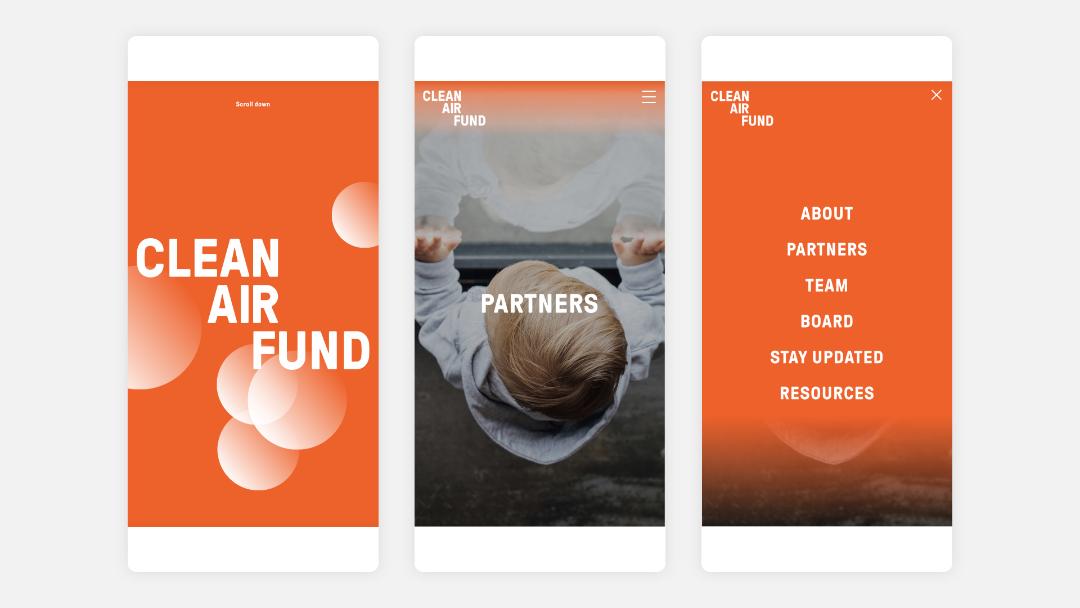 For Matinvesi, graphic design isn’t about digital opposed to print or images and illustration opposed to text, but rather about communication in all its myriad forms. Hence, Wittgenstein. “How we portray information, whether textual or visual is so important,” Matinvesi says. “You can see that how people think about society is based a lot on what kind of messages they receive and when you’re communicating important information or data to people, as a designer you have a massive responsibility to present that information as accurately as possible.”

Matinvesi got his start in graphic design through a fairly conventional route: a vocational degree in audio-visual communication followed by stints working at Helsingin Sanomat and Stora Enso. After unsuccessfully applying to University of Arts Helsinki, Matinvesi—inspired by one of his late-teenage heroes, Finnish graffiti legend EGS—decided to explore BA courses in London instead. Ultimately deciding on Central Saint Martins, Matinvesi enrolled for the BA course in 2009, but it wasn’t long before his freelance work picked up and he was working almost as much as he was studying.

One of those freelance commissions, to create an iPad app for a newly-launched magazine, turned into a two-year position as a senior designer for one of the most successful magazines to emerge from the UK in recent years: the men’s style and culture biannual, PORT. After CSM, but while still working at PORT, Matinvesi decided to continue his studies and embarked on an MA in Visual Communication at the RCA.

Shouting from the soapbox

“It’s funny because I was introduced to the more artistic side of design at CSM and at the RCA, I really wanted to see whether I should push my practice more in that direction,’ he says. ‘But what I realised is that I’m more interested in working in the corporate realm to help solve problems for other people.”

This realisation meant that Matinvesi continued on a more corporate path, moving into the digital design realm with positions at The Times and CNN Digital before ending up most recently at Soapbox. Given Matinvesi’s desire to help solve problems for other people and his preference for a more interdisciplinary graphic design practice, the complex demands of Soapbox’s clients seem to make it an ideal match.

For example, a recent project—commissioned by an Oxford University research group looking at flows of internal EU migration—came with a brief to create a digital tool that could simplify the group’s research findings and provide a unique way of conveying their information. Given that the research project centred around the political hot topic of EU migration, the handling of complex, politically-charged information brought additional design challenges.

“When we started talking to the client about their findings, one of the key things they emphasised is that EU migration is very complex and relational; you cannot talk about one thing without it being linked with other things,” says Matinvesi. 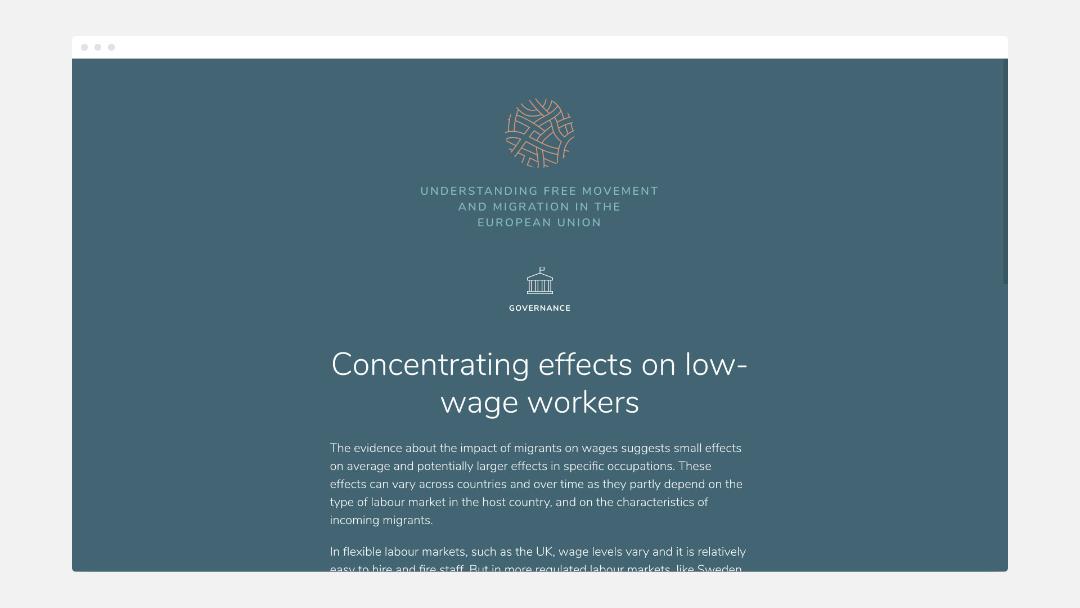 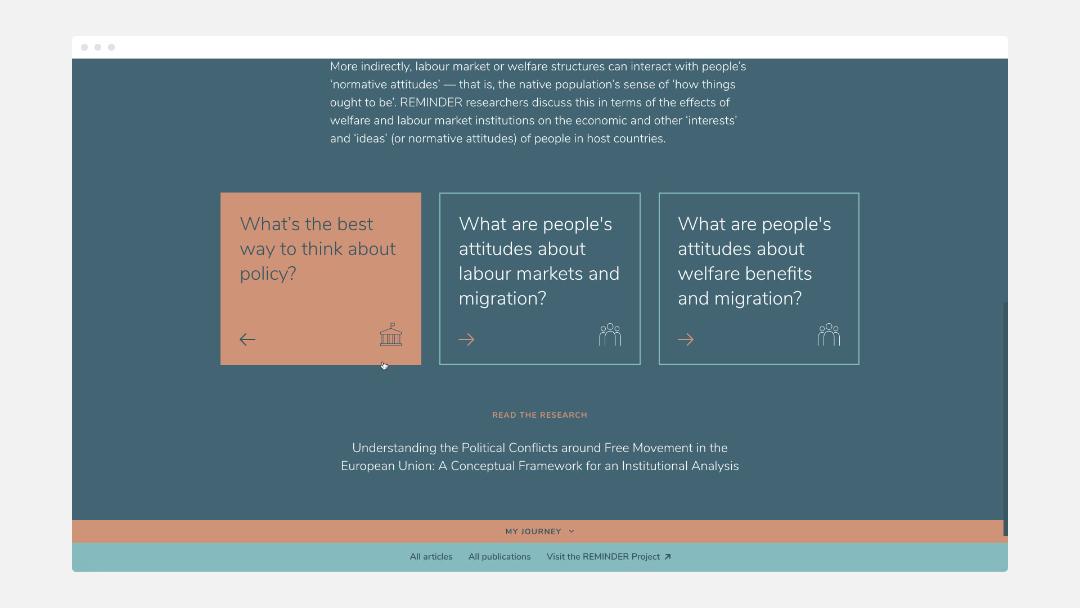 Ultimately Matinvesi, along with the rest of the Soapbox project team—Joe Miller, Eléonore Bonnet, Graham May and Amanda Forsey—created a website that conceptually echoed the interlinked complexity of the research group’s findings. Among other unique aspects, visitors to the site ‘choose their own journey’ through the different strands of information and are subsequently ‘tracked’ using basic cookie functions. This builds up a journey map of where each visitor has been across the site and creates a kind of digital metaphor of the migratory journeys echoed throughout the research project.

An EU migrant himself, I wonder whether the current political situation in the UK is having an effect on Matinvesi, professional or otherwise. “I work in such international and liberal settings that it’s not had any impact on my day-to-day life”, he says, “It’s really a shame what this country is doing to itself, but I also know that I’m not going to be a victim. I come from a Nordic welfare society and if shit really hits the fan, I can always go home.”

Matinvesi also takes pains to point out that making a living in London from creative work was challenging long before Brexit took hold. But, in addition to the opportunities provided by its thriving (if competitive) graphic design job market, the city also offers a number of extra-curricular benefits that have compensated for many challenges.

In his eleven years living in London, Matinvesi explains that he’s attended hundreds of lectures, one of his favourite evening activities. Last week, for example, he went to a lecture by the economist Paul Krugman, although he admits he’s more likely to be found listening to other graphic designers talk about their layouts.

“At Saint Martins, we had a really good course called contextual studies, which was all about looking at the world beyond graphic design,” he says. “You’re never going to do good design if you don’t understand the context of the world it sits in so I try to make sure that I’m always learning something new about the world.”