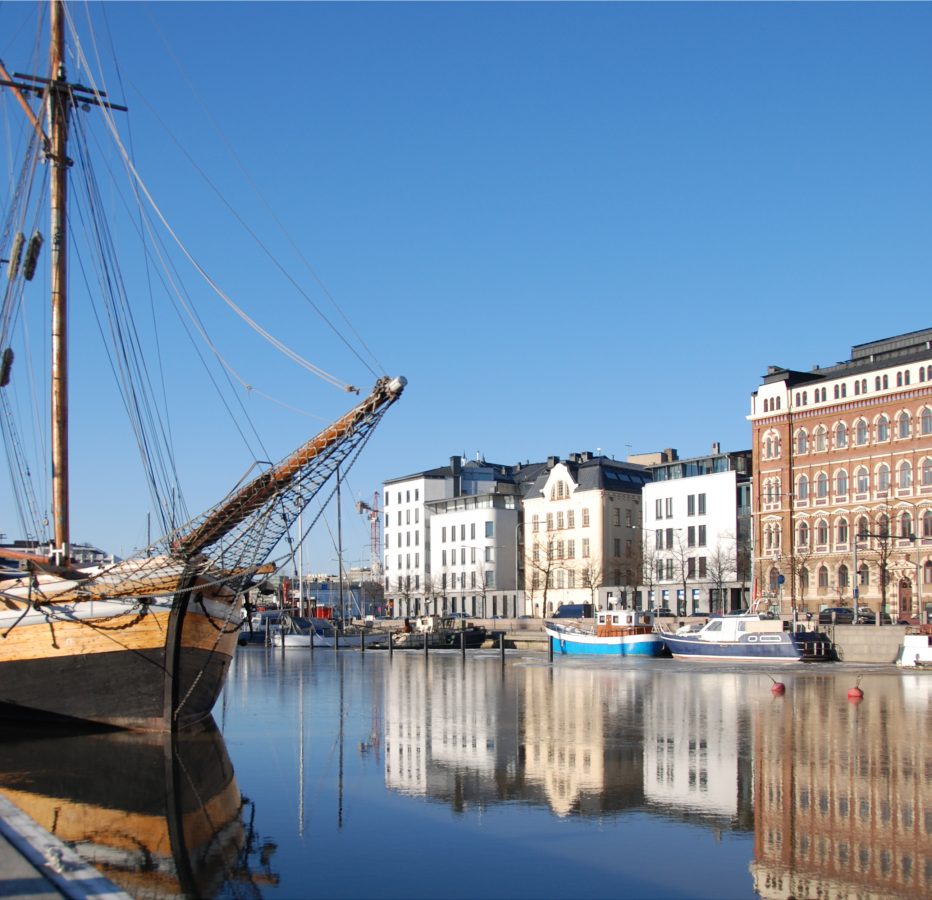 Architect Kirsti Sivén designed the residential block in the corner of Meritullinkatu and Pohjoisranta to integrate in the old milieu. Her team’s diligent design effort produced an effortless-looking result.

Kirsti Sivén, what was the baseline for the design of these residential buildings?

To design for a prominent prime location was a unique opportunity, and therefore we approached the assignment with due diligence. The pain of work must never show in the end result! I knew this location would not agree with contrast. In that time, the prevailing ambition was to make any new building really stand out among older architecture. But I think residential buildings must form a whole; I don’t think each should make a statement of its own. In this location, I needed to consider how to create something new without breaking the old, while realizing that a new building always has its own character, too. Our work always considers the surrounding urban environment. This brings discipline to the design: the building makes friends with its neighbours, and after a while, it looks like it’s always been there. 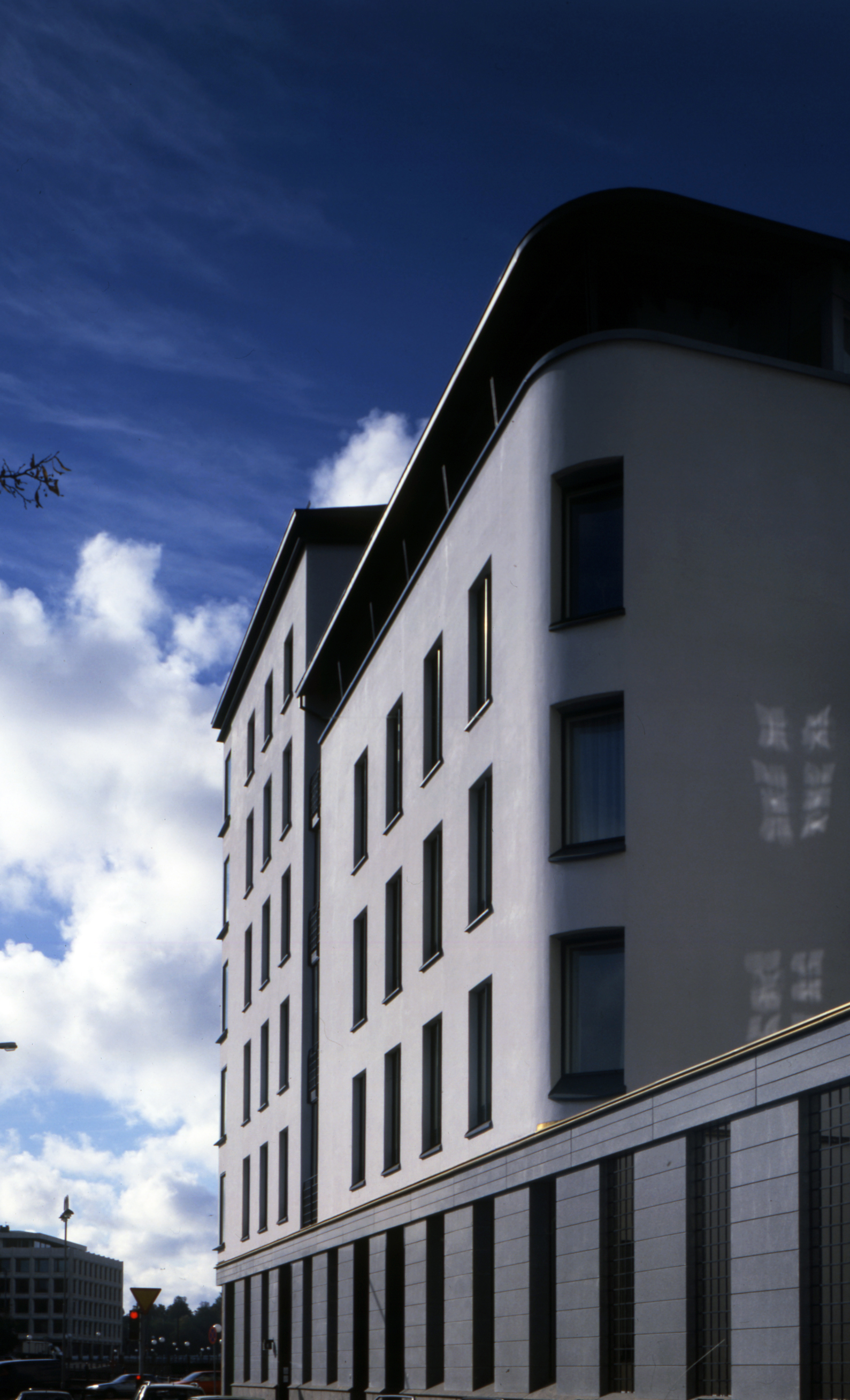 Kirsti Sivén says prominent prime location left no room for failure. The tight plot was a challenge in terms of structural engineering.

How did you tackle the challenge?

I needed to work with a dilemma very common in my career: which architectural features will survive the current fashion and era? One fundamental issue is simply the ratio between the wall and the openings. For example, I studied the dimensions of the buildings in the old centre of Helsinki designed by Engel. Fortunately the Meritullinkatu plan allowed taller floors compared to the modern standard. We were able to create a very vertical appearance for the windows and highlight it with steep window sills. The ground floor indicates a stone foundation although it’s made of high quality precast units. Concrete, too, can be made aesthetically sustainable. A plaster facade was an obvious choice for this location.

Which was the most challenging part to design?

The corner of the block required many versions. It is obtuse, which is unconventional for the land use plan. I tried to design bay windows at first, but couldn’t make it work. Then I got the idea to use the protruding corner at right angle to separate the new building from the existing, very dominant old tobacco factory building. Juha Leiviskä later said “the corner solution really nails the district of Kruununhaka”. 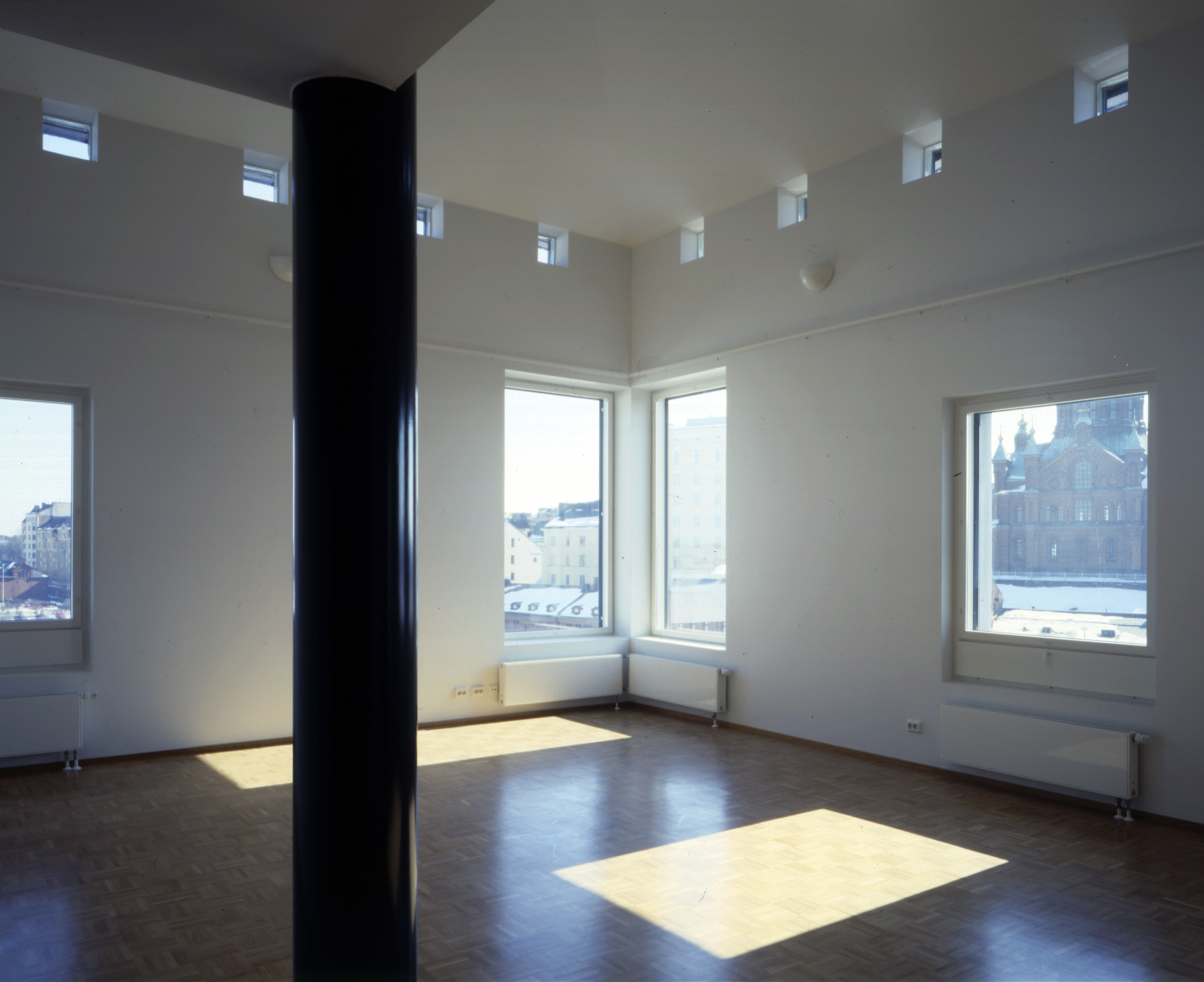 Window dimensions pay tribute to the row of old houses on the Esplanade of Helsinki.

What was exceptional or special in this project?

A private owner who wanted to develop rental apartments. Given the opportunity to design large apartments, we strived to bring in the charm of old-style residences. For example, the entrance opens up as a hallway with double doors to provide a view through the entire apartment. With residential design, we strive to do a bit more with basic architecture and open up axes of light and views. This project provided a good opportunity for that. No expensive luxury materials were used indoors, but with some spatial design and a few quality details, the interiors really work. We needed to fit in a few extra amenities, such as private saunas. Old apartments did not include balconies, and designing them to the new building without breaking the look of the cityscape was another challenge. They are hidden inside the building mass. The courtyard’s facade architecture is completely different and opens up a more free-form world. 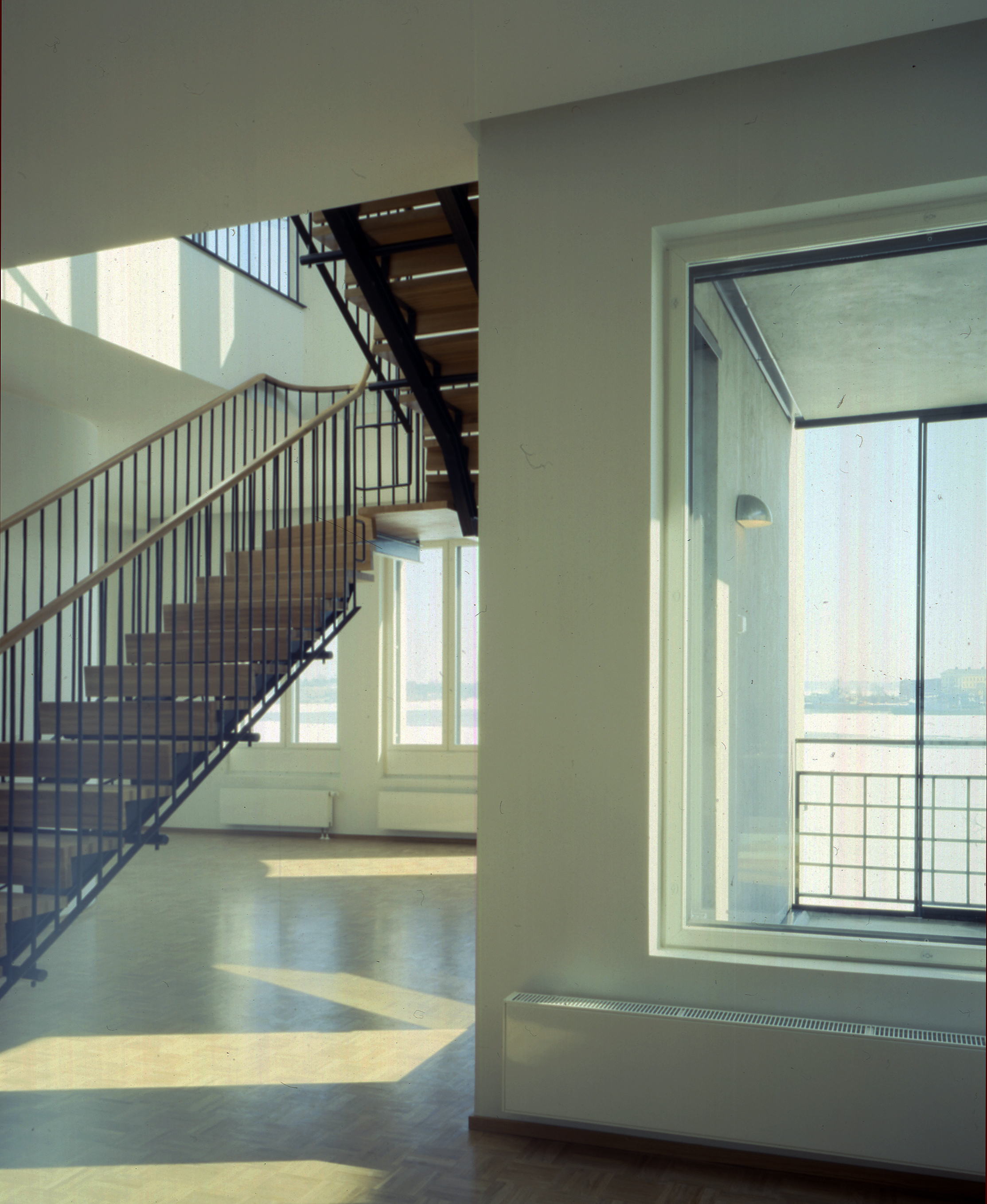 One of the buildings at Pohjoisranta 2 includes two-story apartments.

With which aspects you are particularly happy?

The windows, their details and the overall appearance. Moreover, we were able to make demanding details structurally viable. For example, we designed the eaves and flashing in high detail. A big fear at the time was that the plastered building will not sustain the elements so close to the seashore. Now, after 20 years, it hasn’t been painted once. I pass by regularly and mostly like what I see. I’ve never felt embarrassed about this project.

The free form of the building inspired the unconventional sheet metal casing in the courtyard.

What did you learn from this project?

My revelations have to do with the plot and are therefore not universal, but we’re invested with some detailing insight. At the time, we carefully examined the plastering because I want the buildings that I design to sustain technically, too. In the courtyard, we used sheet metal casing, which is quite an unconventional method. We’ve been able to utilize these details later on in other projects.