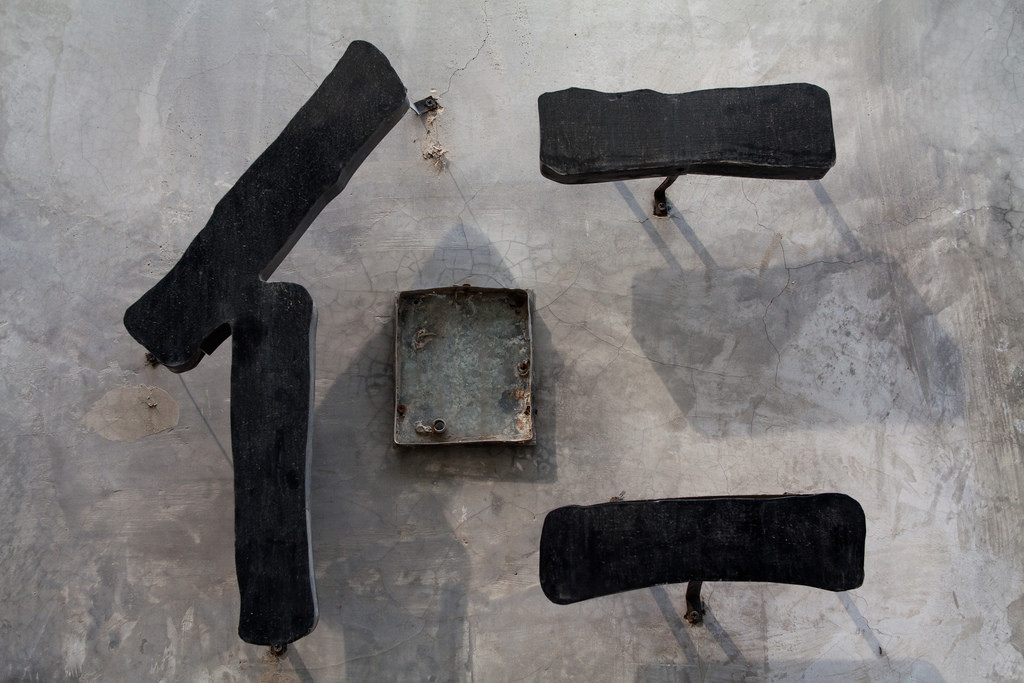 The Beijing design scene is young, but it is growing by leaps and bounds. Annually, about 10,000 persons enter the design world in China, and the Beijing Design Week has one million visitors. It’s not all about grandeur and volume, though. An old industrial area is a fine location for a microbrewery, vegetable garden, and organic food bar.

A window at Beijing’s industrial design centre (BIDC) offers a view far into the horizon. Several layers of motorways crisscross down below. Director of the centre, Chen Dongliang, points at a 30-storey building at about half a kilometre’s distance. The building where we currently stand is just as tall.

Chen points at City of Design Plaza, a centre for promoting design with 20,000 square metres of office space and additional premises for exhibitions, meetings and lectures. City of Design Plaza rose quickly, symbolising how swiftly the design field is developing in Beijing.

Design has been taught at famous Tsinghua University of Beijing only since the end of 1980s. The curriculum was established by designers who studied abroad and returned to China. The Chinese State became interested in design in the beginning of the 1990s and founded BIDC in 1995 to promote design in the country.

Much has happened in twenty years. Now the city hosts 119 design institutes that produce nearly 10,000 design graduates every year. All in all, the design sector employs a quarter of a million people in Beijing. The city has understood the importance of design in creating more competitive ability.

The design industry was fortified further by, for example, the Summer Olympics in 2008, for which China built several impressive architectural works, including the Bird’s Nest stadium.

Beijing Design Week has been organised every September since 2011. Its organisation consists of BIDC, the Chinese Ministry of Culture, and the City of Beijing.

The Week consists of more than 300 events around the city, also on the Hutongs. Chen says the Design Week is participated by 6.5 million people, counting in the website visitors. Last year, the number of event participants reached one million, and upcoming September event is expected to beat this record.

Known for its numerous sights, Beijing – a city for more than 3,000 years – is not using the Design Week to attract masses of tourists. The purpose of the Design Week is to create networks and business opportunities for companies and design professionals, while also educating the general public and promoting the importance and possibilities of design.

Over the years the Beijing Design Week has become more and more international. Every year the festival invites one foreign city to present its know-how and design. For example Amsterdam and Dubai have presented in previous years’ events, and this year the stage is given to South Korea.

Another interesting design festival is to be arranged at the same time with the Design Week. Its home is a huge old industrial area in the North East region of Beijing. During the past 15 years this region has been built into a significant centre for art and design.

Industrial properties built after the war now house an array of galleries, stores, and restaurants. The festival consists of events, exhibitions, panel discussions, and product launches.

Design and fashion are concentrated on an area called 751 D Park that is smaller than the art area but just as vibrant.

One of the local start-ups is called Love Keeps Growing. Its showroom is a combination of a design company, vegetable garden, microbrewery, and a restaurant. Flowers and plants are everywhere. They grow on shelves attached to the ceiling as well as under the glass tops of design tables.

One of the founders, Yong Lyu, used to work in a technology company.

“We started off as a design company, but now we are heavily involved in the event business. We design flower arrangements for various events, such as weddings and launch events in shopping centres, for example.”

The restaurant business is still small-scale. They serve organic food, but Yong says that in the future, they aim to offer food made of biodynamically produced ingredients.

“Love Keeps Growing is a statement on behalf of cleaner nature,” concludes Yong.

Beijing was listed as a Unesco Design City and entered their network of creative cities in 2012, two years before Helsinki applied for the same nomination.

Becoming a Design City is a point of honour, yet also an obligation, for Beijing. BIDC aims to increase its cooperation with design operators in various countries and pay attention to sustainable development as well as to improving the position of women and young people.

“We want to promote equality through design,” says Chen.