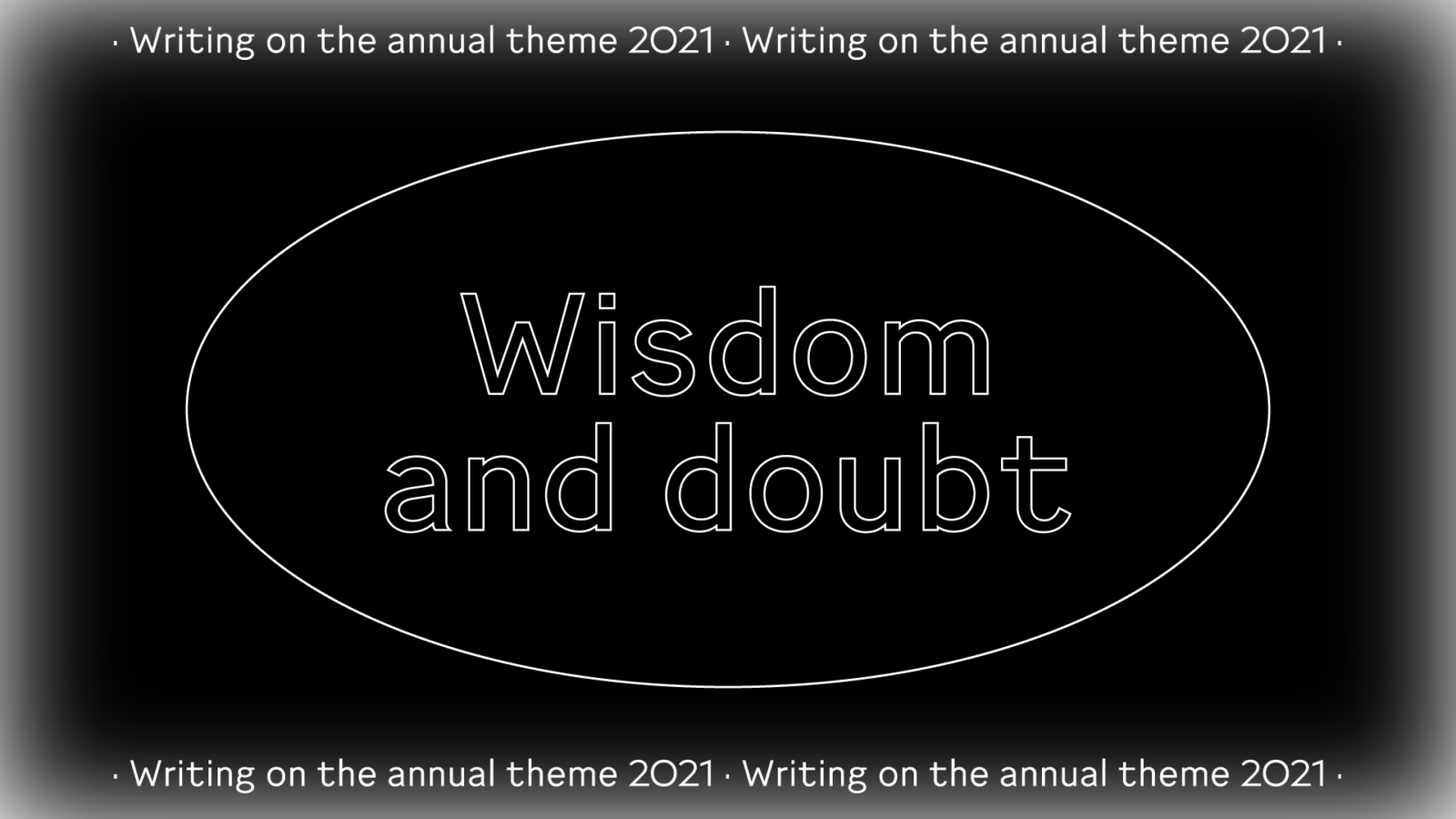 Helsinki Design Week’s theme for 2021 is Wisdom. It seems wise to broaden one’s perspective and listen to those wiser than us. This is a Weekly series on wisdom and its many definitions and manifestations.

Wisdom is not identical with intelligence or knowledge. It is a hidden mode of creative vision, arising from certain outsideness and distance, combined with an empathic identification with the situation. While knowledge aims at certainty, wisdom is grounded on the acceptance of doubt, uncertainty and the possibility of failure. Wisdom is not necessarily a result of specific education; a fisherman, hunter, farmer or a traditional craftsman can possess remarkable wisdom in his/her work. Knowledge and skills are facts, whereas wisdom calls for relatedness and a distinct humanistic and life supporting perspective. In the post-industrial cultures, broken into countless specializations, we are especially in need of the unifying visions of wisdom. Yet, in our current quasi-rational culture of persuation, insistance and manipulation, wisdom is a disappearing quality.

A wise person keeps him/herself outside of the center of action, as wisdom arises from internalizing and grasping simultaneously large entities and the merging of peripheral and focused attentions. The technologized societies are split into countless domains of expertise, individuals who are assumed to know and master a specific area of knowledge or activity. However, expertise is a focused capacity, whereas wisdom arises from an unfocused and comprehensive understanding. Expertise is valid only within its limited and constrained area, whereas wisdom is the capacity of grasping complex entities, often consisting of conflicting aspects, requirements or dimensions. Most of the seminal societal tasks, such as political decision making, planning and  architecture characteristically consist of conflicting realities, intentions and interests. Situations in real cultural and societal activities merge numerous dimensions of reality and, consequently, they cannot be resolved with intellect, reason and logic. In his inaugural lecture as Member of the Academy of Finland in 1955, Alvar Aalto pointed out the irreconcilable inner structure of design tasks: ”In every case one must achieve the simultaneous solution of opposites. Nearly every design task involves tens, often hundreds, sometimes thousands of different contradictory elements, which are forced into a functional harmony only by man’s will. This harmony cannot be achieved by any other means than those of art”.1 Aalto´s statement could well terminate in the word , ”… wisdom”.

In the modern world, architecture is usually seen as problem solving; architectural projects are even commonly called ”solutions”. The use of this notion reveals a fundamental misunderstanding of architecture; it does not solve problems, as it mediates our relationship (movements, physical and sensory conditions and mental experiences) with the world, both natural and man-made. It is an irreplaceable mental mediation between us and the world, not a problem to be solved by intelligence and expertise. Indeed, philosopher Maurice Merleau-Ponty argues: ”We come to see not the work of art, but the world according to the work”2. This argument reveals the mediating and dialogical essence of artistic works, including architecture.

Joseph Brodsky is critical of our culture of expertise : ”In the business of writing what one accumulates is not expertise but uncertainties”3. In the poet’s view, even master craftsmen are engaged in uncertainties rather than expertise. Wisdom acknowledges evolution, processes and change, and contains a temporal judgement that fuses the time perspective in its judgement.

Knowledge and skills can be taught, studied and learned, but wisdom grows and matures by itself through lived experience. Wisdom is contextual; the wise individual sees the phenomenon in its total context and dynamics. In traditional societies wisdom relied on mythical and symbolic knowledge and magic, while in our self-claimed age of reason, it is an exceptional human gift. It is not a conceptualized and structured mental construction; it is a natural ability to sense the essences and interactions of things.

Wisdom is usually related with age, as only rich experiences of authentic life and culture can prepare a person or group for the required diffuse attention and judgement. The common view suggests that responsible decisions in demanding situations call for intelligence, but emotive and empathic capacities are more essential. Choices of wisdom are usually based on emotive, not rational certainties. Mark Johnson, another philosopher, claims: ”Emotions are not second-rate cognitions; rather they are affective patterns of our encounter with our world, by which we take the meaning of things at a primordial level [… ] Emotions are a fundamental part of human meaning”. 4  Wisdom fuses knowledge and emotion, intelligence and memory, reason and vision, certainty and doubt. It also calls for imagination, and, in fact,  it is fundamentally an imaginative skill. But wisdom has also an ethical component, as there is no wisdom without ethical judgement and responsibility. Wisdom is an existential gift, and it is undoubtedly the highest of human qualities. 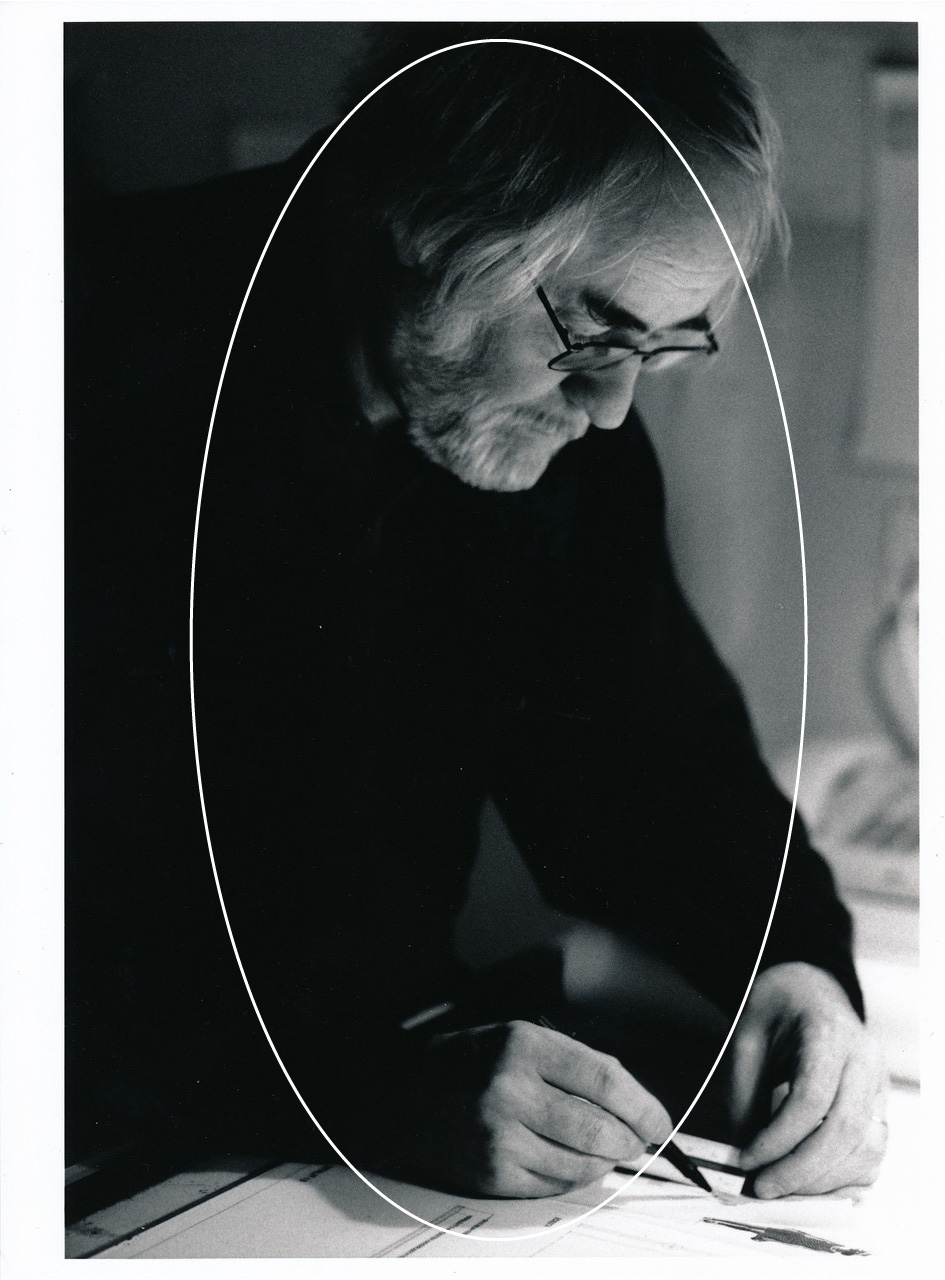 2    Maurice Merleau-Ponty, The Phenomenology of Perception,

4    Mark Johnson, The Meaning of the Body, Aesthetics of Human Understanding, The University of Chicago Press, Chicago and London, 2007, 18, 66.

Juhani Pallasmaa is an architect, a professor emeritus and a writer. Architectural practice 1962-2012;  Director of the Museum of Finnish Architecture, Professor and Dean of the Faculty of Architecture, Helsinki University of Technology; several visiting professorships in the USA since 1994, workshops and lectures around the world; member of the Pritzker Architecture Prize Jury 2008-14. Pallasmaa has published 60 books and 400 essays, and his writings have been translated into 35 languages. Honorary member of SAFA, AIA and RIBA and receiver of several national and international awards as well as five Honorary Doctorates.