Helsinki Design Week’s main venue, Olympic Stadium and tower count among the city’s best-known landmarks. This year’s winning project comprised the refurbishment of the historic stadium structure and the addition of a multi-purpose extension and new roofing.

The winner was chosen by musician and actor Paula Vesala. Commenting on her choice of winner, Vesala said she wanted to thank the professionals involved in the Olympic Stadium refurbishment project for their stylish and historically astute approach to conservation.

“This national monument is not a statue that people turn up merely to look at. Within its walls, people experience some of the most extraordinary moments of their lives; incredible highs, long days of training, sweat, disappointment, euphoria, victories and defeats. Every effort has been made to meet the needs of the vast and diverse group of people that visit this building, whilst also respecting its remarkable heritage,” Paula Vesala says.

“As you explore the newly renovated spaces, you find yourself pausing to admire the attention paid to even the smallest detail, the materials carefully chosen for the newly created underground training facilities and the stunning historic structures like the original stands, the preservation and refurbishment of which alone represent an architectural feat of truly heroic proportions.  The new structures complement the Olympic Stadium but do so subtly and unobtrusively, elegantly highlighting its original and more recently added features.”

The winner was chosen by musician and actor Paula Vesala.

“The stadium’s logistics and general user-friendliness have taken a significant leap forward, but what is particularly impressive is the preservation and restoration of this magnificent structure, carried out with great care and the utmost respect for its original aesthetic and spirit. The team responsible for the project have succeeded in not just retaining but enhancing the magic of Helsinki’s Olympic Stadium.”

A 1933 design competition to create what was to become a shrine to Finnish sport was won by Yrjö Lindegren and Toivo Jäntti. The building has been used for a variety of purposes over the years and experienced many rounds of renovation prior to this latest project.

“The newly renovated Olympic Stadium – a national monument in the heart of Helsinki – represents the finest in Finnish Olympic architecture. This is a building that has been built to last. The challenge for us was to produce an end result that would be both engaging and user-friendly, where the old and new spaces, always designed to align with their intended uses, complement one another seamlessly, right down to the smallest detail,” commented project lead designers Kimmo Lintula (K2S) and Kari Raimoranta (Arkkitehdit NRT Oy).

“Our international partners, Wessel de Jong from the Netherlands and White Architects from Sweden along with the Finnish specialists we worked with, brought a new depth to the solutions you see here today,” they added. 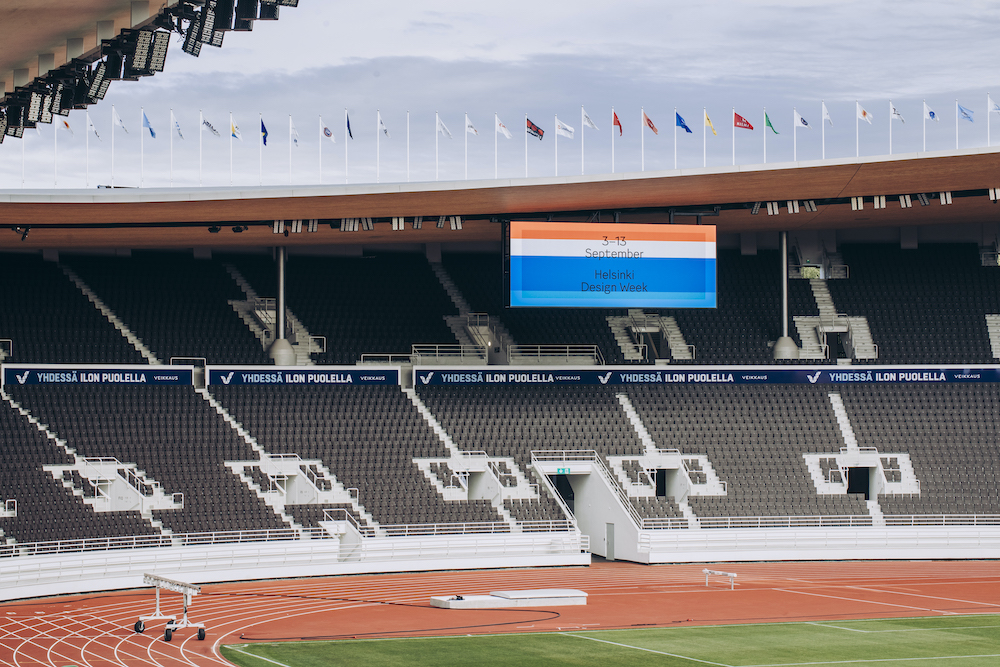 “We like to think that, with this project, we were entrusted with a relay baton. It is now our turn to pass it on, with the hope that it is never dropped along the way.”
Architectural design was carried out by Kimmo Lintula, Niko Sirola and Mikko Summanen at K2S and by Kari Raimoranta, Teemu Tuomi, Tom Lindholm, Juuso Hatakka, Emmi Jääskeläinen, Jouni Karttunen, Tuula Olli and Kristiina Suoniemi at NRT. The project architects were Juha Sundqvist (K2S) and Tom Lindholm (NRT).
The other shortlisted nominees for this year’s Finlandia Prize for Architecture were Aalto University’s new campus complex in Otaniemi, Espoo; K-Kampus in Kalasatama, Helsinki, and the Toritalo residential building in Kotka.

The Finlandia Prize for Architecture is awarded for the design or renovation design of an outstanding new building or building complex that has been completed within the past three years.  The prize is awarded annually by the Association of Finnish Architects (SAFA).

More About Finlandia Prize for Architecture