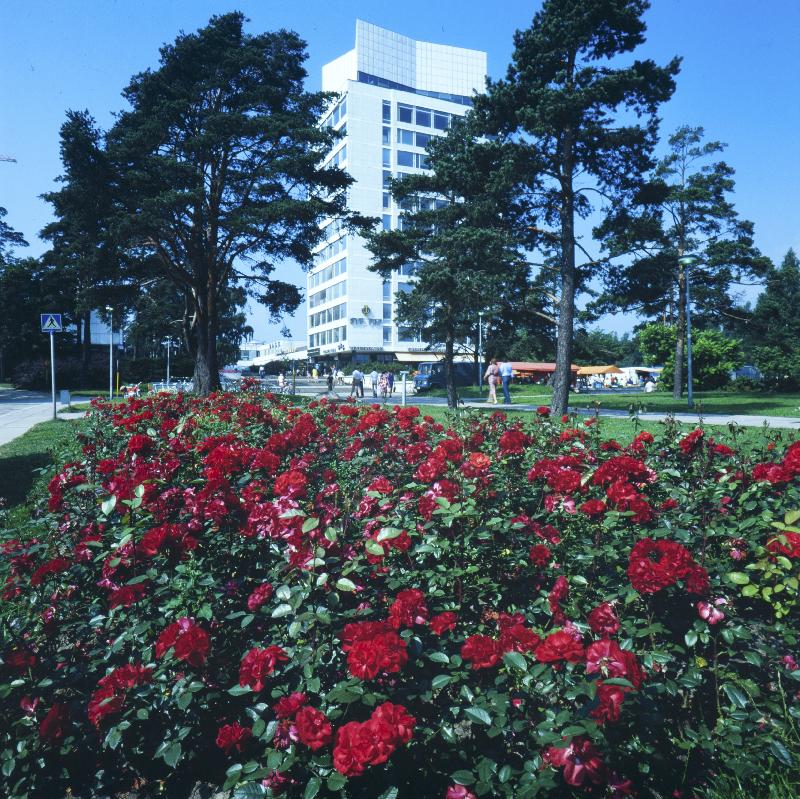 Länsimetro, the new western arm of the Helsinki subway system runs through Tapiola, a district also known as the Garden City. An area in the eye of development moving from its origin as a place of no housing to plenty of it. Can the area expand without losing its identity as a living environment built on a holistic state – the wellness of its residents?

First established in the 1950s, the district of Tapiola stands tall and proud in the Espoo municipality of Greater Helsinki. The area represents a beautiful union of town and country – great architecture and design, paired with the beauty of all things green. Garden green.

“The characteristics of our time is that we no longer build gardens into cities,” Otto-Iivari Meurman explained in 1947, “but rather, cities into gardens. Making our buildings part of the surrounding nature.”

With this the architect described the process of merging courtyards and lots with the adjacent undeveloped areas into large garden cities. Places where nature and humans could reunite, find each other again so that life with all its joys could return to cities. Cities that had been developed into metropolises, becoming devout of such emotions. What he described is the Tapiola district, also known as the Garden City. 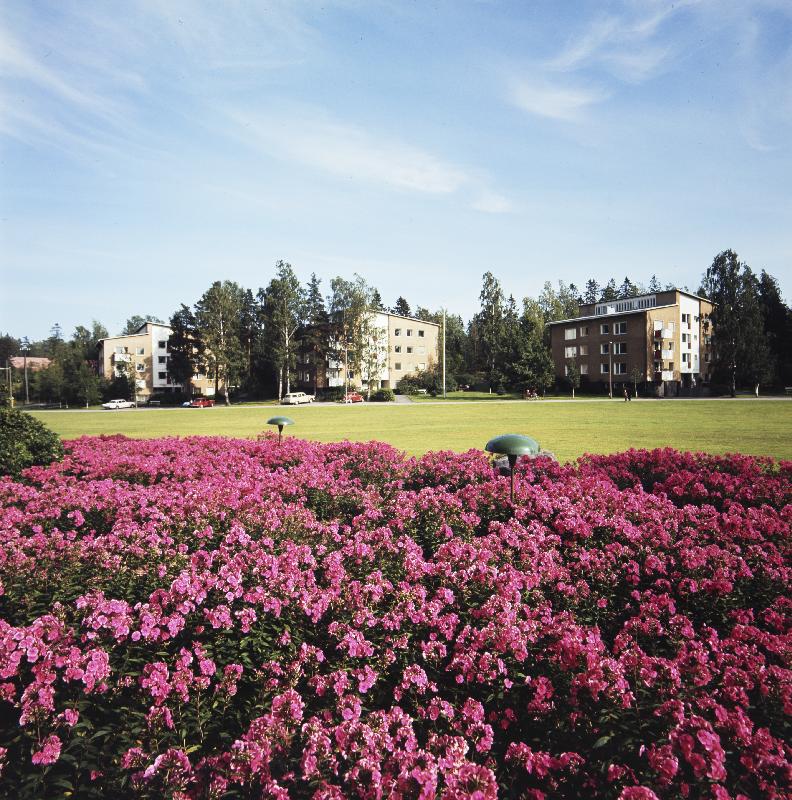 Designed by Jussi Jännes, Silkkiniitty is one of the important open green spaces in Tapiola. The park was completed in 1964 and cover 12 hectares.

The area was the design project of Heikki von Hertzen who in 1946 included thoughts on the development in a politically controversial pamphlet called Koti vaiko kasarmi lapsillemme, freely translated as Home for our children or plainly barracks. The publication strongly opposed the prevalent architectural style of Helsinki at the time, describing the newly built quarters as “enclosed” while freely appraising the garden cities of England.

The proposed area was to represent Finnish society in miniature. All types of buildings from detached houses to terraced houses and blocks of flats would be present. All social classes would live there.

Garden city is one of the national landscapes

The unprejudiced development of the Tapiola garden city led to the area becoming considered unique and of high architectural value already in the 1960s. In 1994 the area was chosen as one of the 27 national landscapes of Finland, which represent the special environmental and cultural features of the country. All the while in 2000-2020 being faced with colossal changes along with the introduction of the western metro line reaching eight stations from Ruoholahti to Matinkylä. A huge investment into local infrastructure after which Tapiola gained its own metro station with the same name. 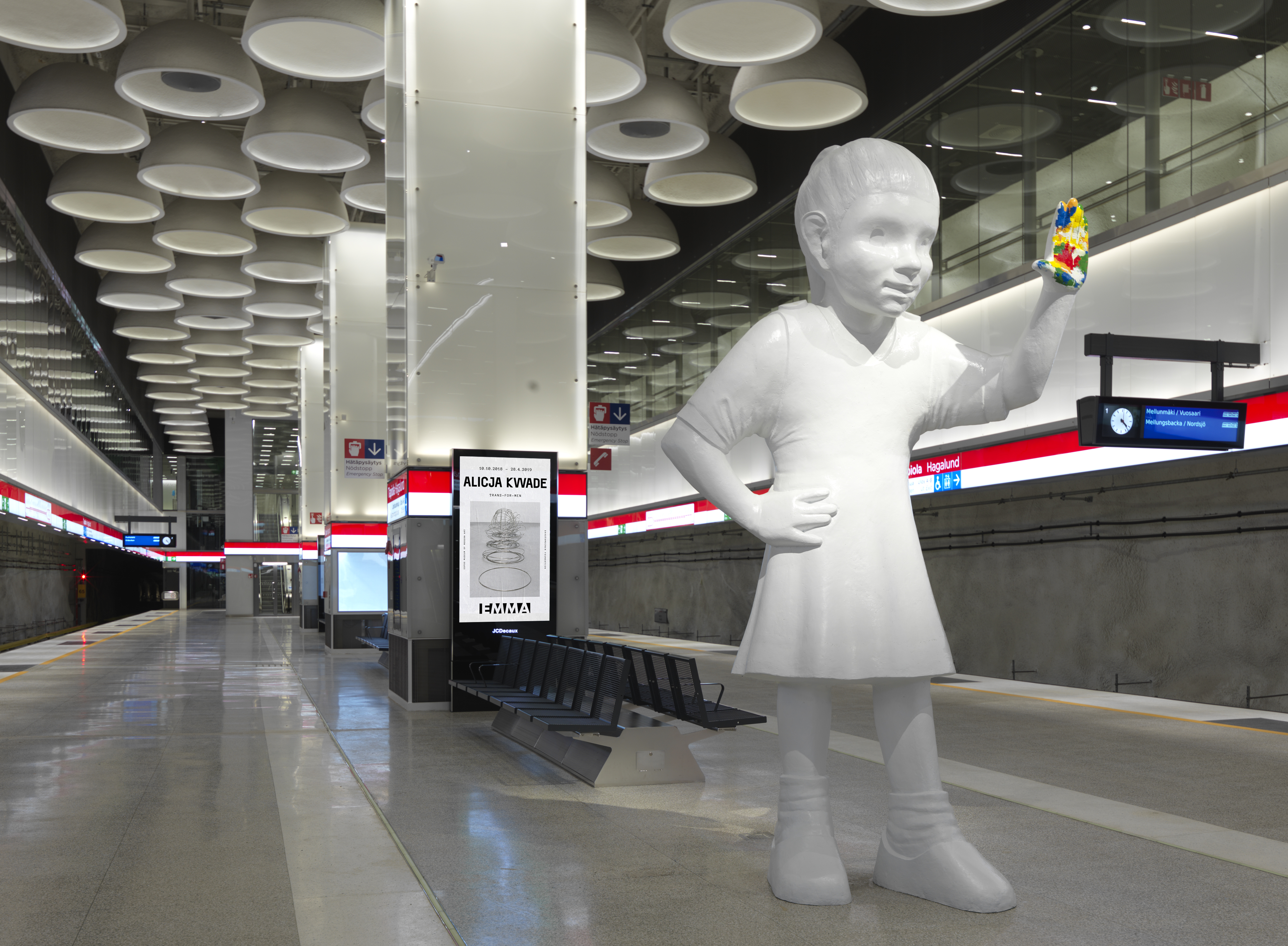 But what is it like to live in Garden City? Who better to ask than Stuba Nikula, the ever so affectionate ex-Tapiolanite who spent nearly 20 years in the area.

“As a child I did not appreciate the architecture and city planning of Tapiola enough,” ponders Nikula, “but in hindsight, the greatness of the city is nested in the way the developed and undeveloped areas are interwoven in a way that splendidly supports the growth of a child.”

Riitta Nikula, Art History Professor and mother of Stuba agrees. “When we first moved into Tapiola, I was hesitant to inform my friends. Tapiola was really a no-go zone.”

For six months the young family looked for a safe haven to settle down in, finally finding one in Tapiola. “We found so many good things in the area! Plenty of buses, shops and kiosks. The children could get to school without crossing any roads and the schoolyards flowed right into the nearby cliffs, offering plenty of space to roam. It was a dream really.”

Built as an area where pedestrians needed not worry about traffic, Tapiola needs to merely rely on its past in order to move forward into the future. After nearly 70 years it still is a place of dreams, reminds Nikula. 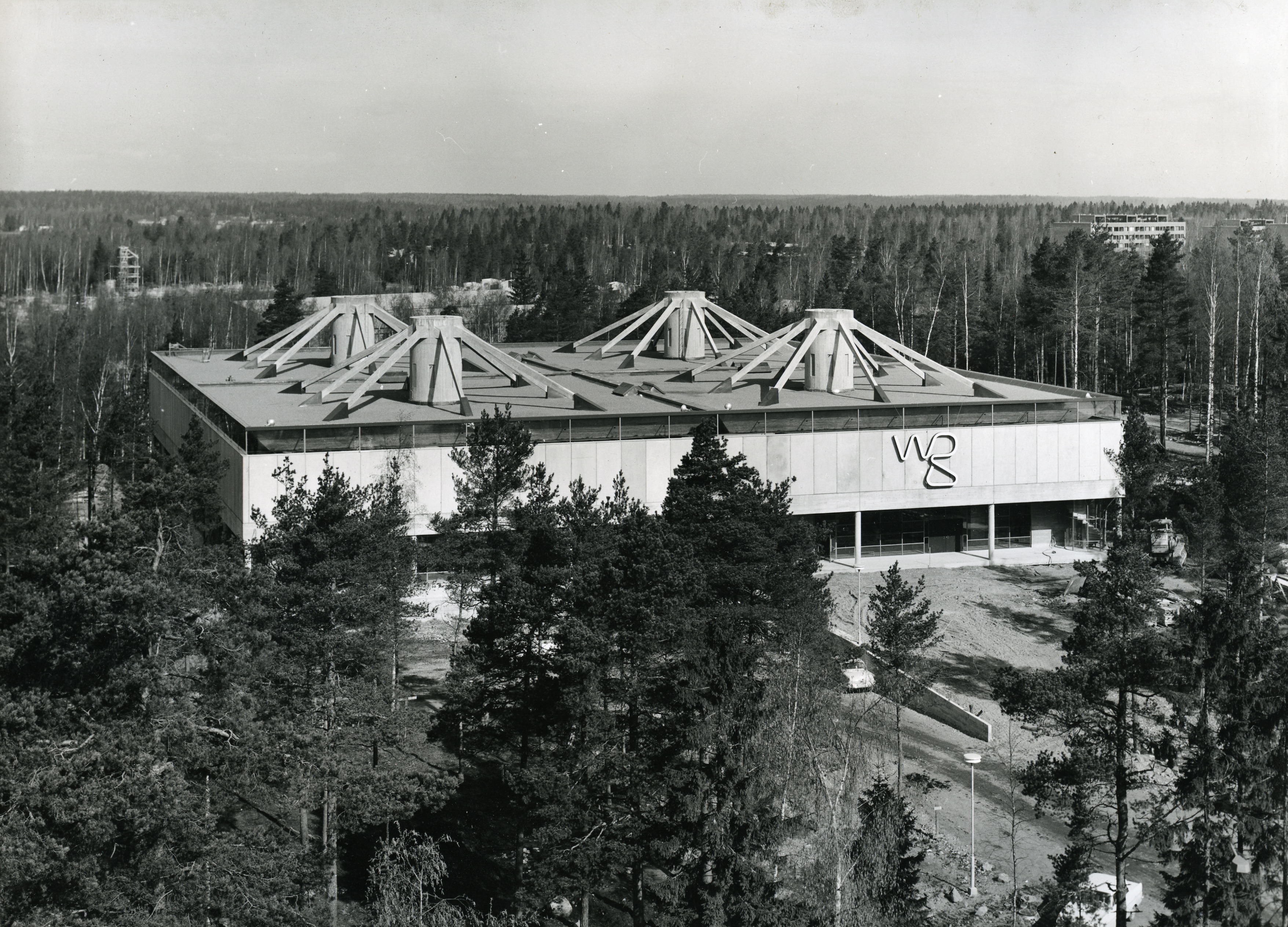 The WeeGee Exhibition Centre is one of the architectural highlights of Tapiola Garden City. Designed by Aarno Ruusuvuori in 1964, the building was originally used as a printing press before it was bought by the City of Espoo in 2001. Photo: Valokuvaamo Pietiläinen / EKM

WeeGee
Located in the former offices of a printing house designed by legendary Finnish architect Professor Aarno Ruusuvuori, the building has previously been used for all things print – cigarette cartons, books, you name it. Which is why the museum’s architecture inside lacks walls while at the same time compensation with huge windows and a suspended ceiling. In fact, WeeGee is home to four museums: EMMA – Espoo Museum of Modern Art, KAMU – Espoo City Museum, the Finnish Toy Museum Hevosenkenkä and the Finnish Museum of Horology. It also features the Futuro house, designed by architect Matti Suuronen, further making WeeGee a true architectural must-see.

Hakalehto
Among the most significant individual entities in Tapiola are the Hakalehto atrium houses designed by Pentti Ahola in 1963. The houses are based on models from the 1958 Interbau exhibition held in Berlin, where each low-rise dwelling encircled its own private courtyard. According to the initial plan, 60 houses were to be built. Only 17 rose in the end.

Leimuniitty park
Leimuniitty park was designed by Jussi Jännes. The park functioned as an entrance zone to the Garden City, with major traffic routes passing through it. Massive collections of flowers were planted in the park for the benefit of the carpoolers. It was intended for the plants to be seen from passing cars – not at the speed of the pedestrians.

Nallenpolku Studio House
The semi-detached wooden building designed by Professor Aulis Blomstedt was built in 1955. Comprising of ten residential studios with one reserved for international exchange programmes, the residency has housed an impressive number of artists during its time. Creators such as Pekka Jylhä, Pekka Kauhanen, Anitra Lucander, Ernst Mether-Borgström, Laila Pullinen and Päivi Sirén have passed its studios, leaving a historical air of creativity swirling within the walls.

Suvikumpu
Designed in the 1960s by Raili and Reima Pietilä, Suvikumpu apartment blocks are composed of different shades of green interspersed with white. It is the lesser known gem along the architecture couple’s renowned list of designs such as the Dipoli building and Mäntyniemi, the official residency of the President of Finland.

This post was done in collaboration with Emma Museum but all thoughts and editorial content are our own. Like everything at Helsinki Design Weekly, our partner content is carefully curated to make sure it’s relevant to our readers.

Breathing room for the architect

Now Reading Tapiola, a Garden City built on a holistic state
Read Next Weekly Studio: Julia Lohmann from the Department of Seaweed