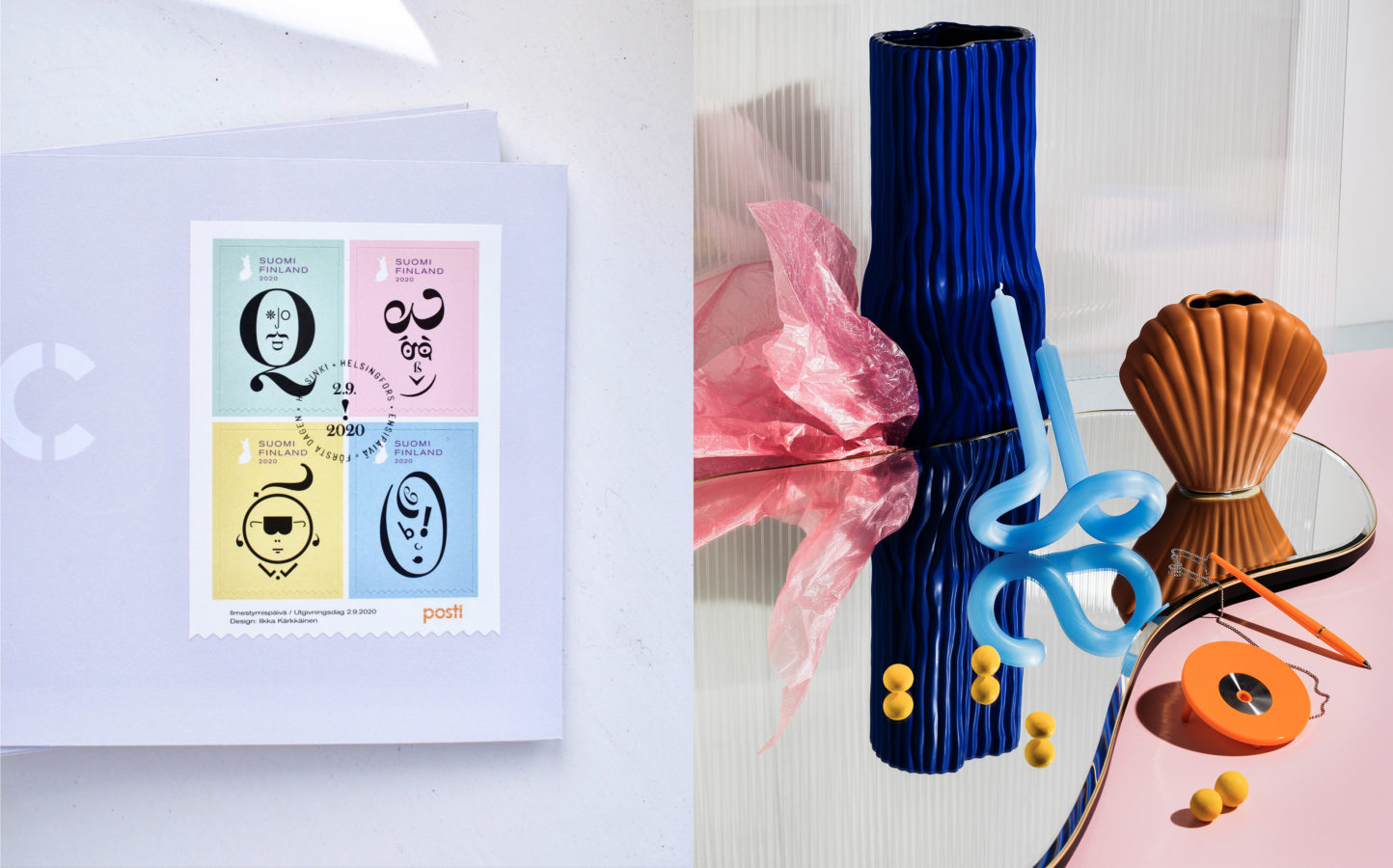 One thing is certain: things change. It is also certain that as time passes, our knowledge and skills develop, grow and are passed on to new generations. We are all part of a never-ending canon of development and change, in which each one of us is a master to someone and an apprentice in relation to something else. In this series of stories, people in different stages of their careers reveal their relation to work, expertise and life. 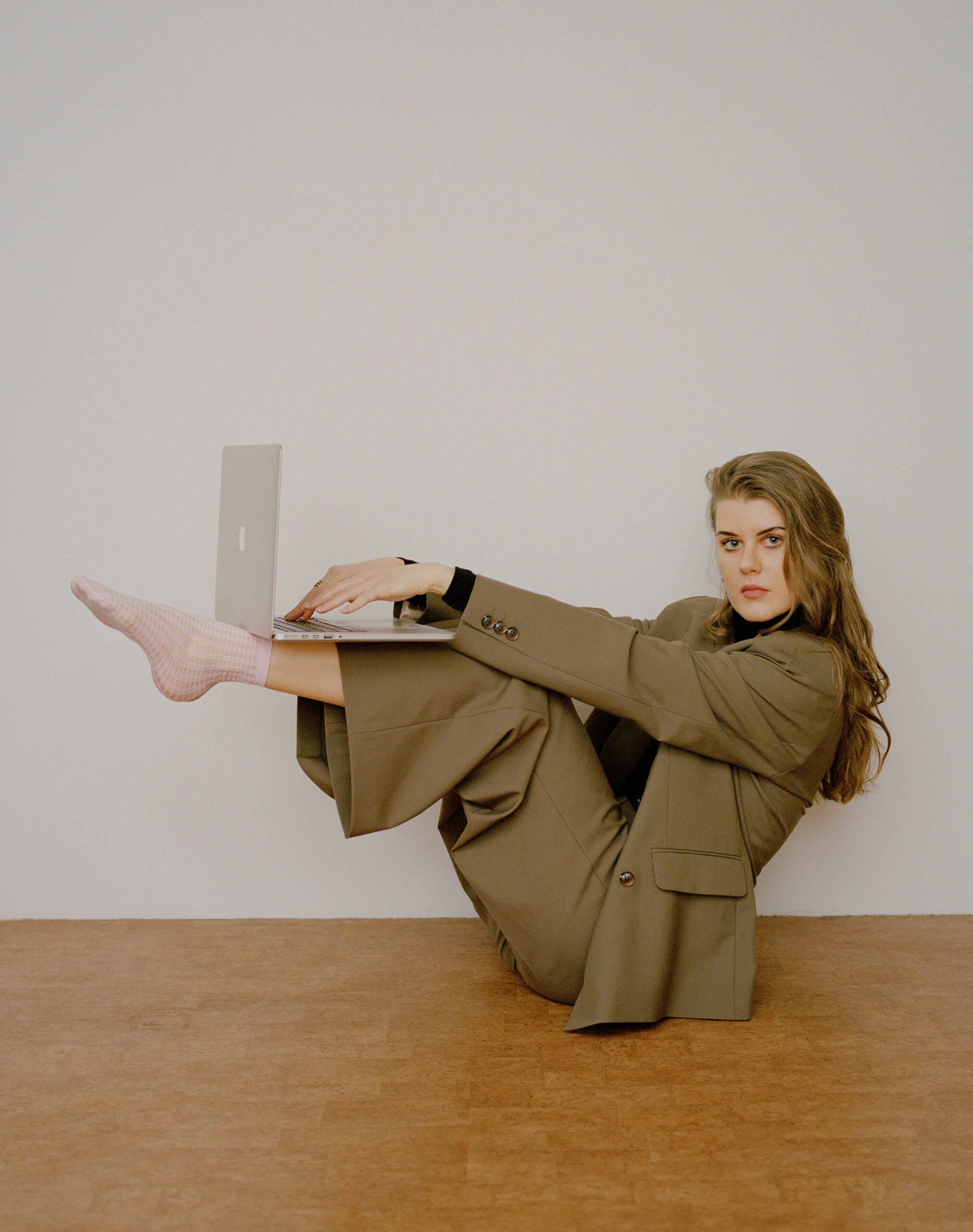 Marina Veziko and Ilkka Kärkkäinen both qualify as graphic designers while covering extensive areas of expertise and mastering large visual and strategic entities in their respective fields. Marina started her career a good ten years ago, and Ilkka explored his field of expertise for more than thirty years. Marina was just named the Graphic Designer of the Year 2021 in Finland, and Ilkka was given the same honour in 2003. Although unknown to each other from before, these two specialists quickly find many common denominators. For example, taking the very first steps in their careers, neither of them knew what graphic design was. 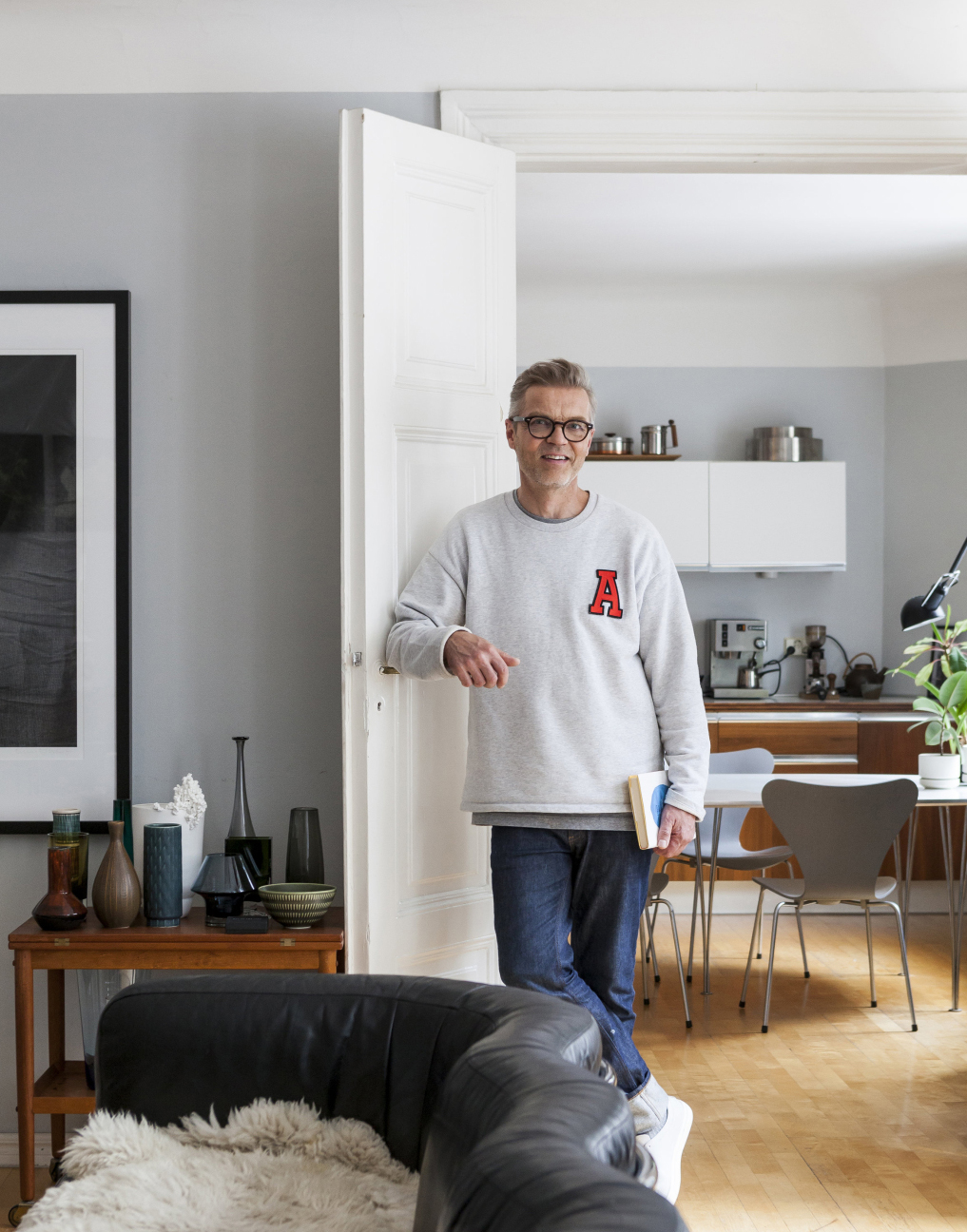 Marina says she ended up at the Lahti Institute of Design because during a leap year after high school her teacher at a local community college saw potential in her and encouraged her to apply. “During my studies, instead of superficial arts and crafts, I craved for concreteness and meaning, which I found when I started to work at the brand agency Werklig,” Marina says. “There I found the joy of creating and realized what work at best can be: not mere fine-tuning of logotypes but visualization, strategy and experiences.” Finding some meaning in graphic design made Marina stay on her chosen path. Now she works through her own creative company, juggling between the roles of a graphic designer and an art director.

Ilkka’s creative career took off at Pukeva, a legendary Finnish clothing store in operation in Helsinki from the 1970s to 1990s. He got an entry-level job in their advertising and window dressing department after his military service. “I worked as an assistant and learned the reprographic camera, silkscreen printing to produce advertising templates, and hand lettering. In a short time I got “promoted” to use the poster printer with which we added text on silkscreen posters – short lines such as “dresses for 10 marks,” Ilkka recalls. “Sounds very old school, and perhaps it really is.” Ilkka moved on to work as a book designer at the publishing company WSOY and had many freelance jobs on his way to become Art Director at Image magazine. Eventually he gave birth to advertising agency Dynamo in 1991. Now for about a year Ilkka has worked as an independent again. “The company got tucked away because of the pandemic. I was sad, sure, but on the other hand, I had been working on my emotional transition for a long time, not daring to let go of the agency I had been committed to for thirty years,” he says. “That’s a really long time!” Marina notes. “My generation in particular seems to have severe commitment issues regarding work. Five years in one place can feel like eternity.” 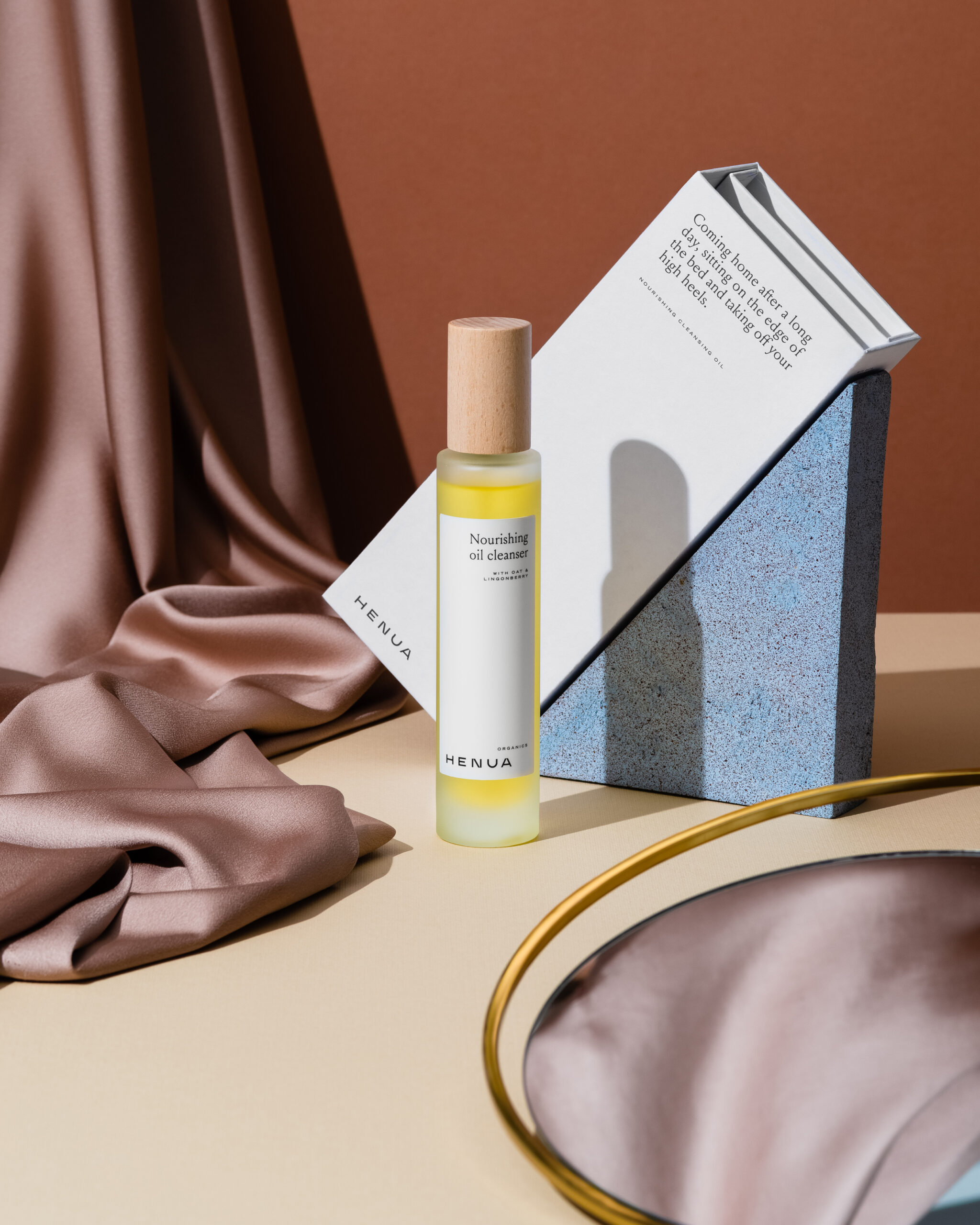 Working in an agency has given both Ilkka and Marina the tools they need now working as entrepreneurs. “I love the freedom involved in having my own business, but sometimes I wonder if I should join an agency again to learn more. I put great value on the knowledge and skills that I’ve gained from working in an agency,” Marina says. “If I had worked as a freelancing designer my whole career, I don’t think I would understand all of this the same way. In the advertising agency, we sometimes had very large teams including planners and strategists. There was something to learn from each one of them, and each one had their own strong skill sets. This gave me plenty of fuel in terms of conceptual thinking,” Ilkka says. 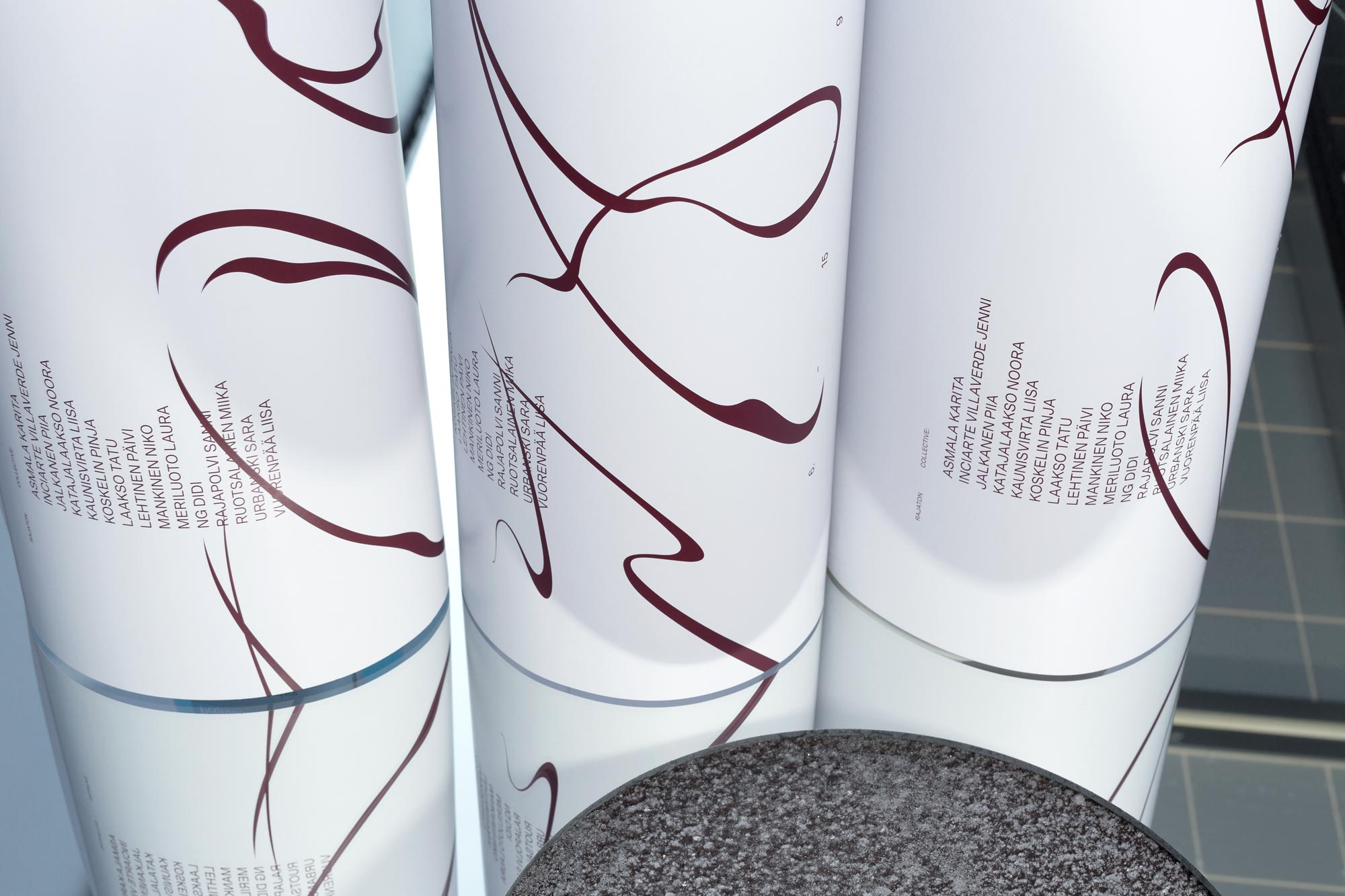 A good ten years ago Marina started to design using a computer and Abobe software. She still uses Adobe and also Sketch and other UI tools. “Those in their twenties and starting their careers seem to master a notably larger selection of software tools while being natives in animation, 3D and coding. This makes me enthralled and aghast all at once! They push us to learn new things,” Marina says. Hardware and software tools and requirements in particular evolve and change at an increasing rate. Yet there is something, perhaps what was mentioned above, that lures us to slow down and move away from computer screens. “I often ponder how to do my work with less computing,” Marina says. “That’s why I plan photo shoots, for example.” Ilkka has slowed down while using his chosen tool. The role of IT has decreased and there is now more time to use a new old device. “After all these years I’ve returned to an extremely analogue way of working: creating graphic art with an old letterpress,” Ilkka says. “It’s a very slow, primitive and simple process, and in a way it’s testing my thinking, but I feel it’s a medium that leads to something else. Thanks to working with the letterpress, I’ve learned to know new people and ended up in new kinds of situations.” 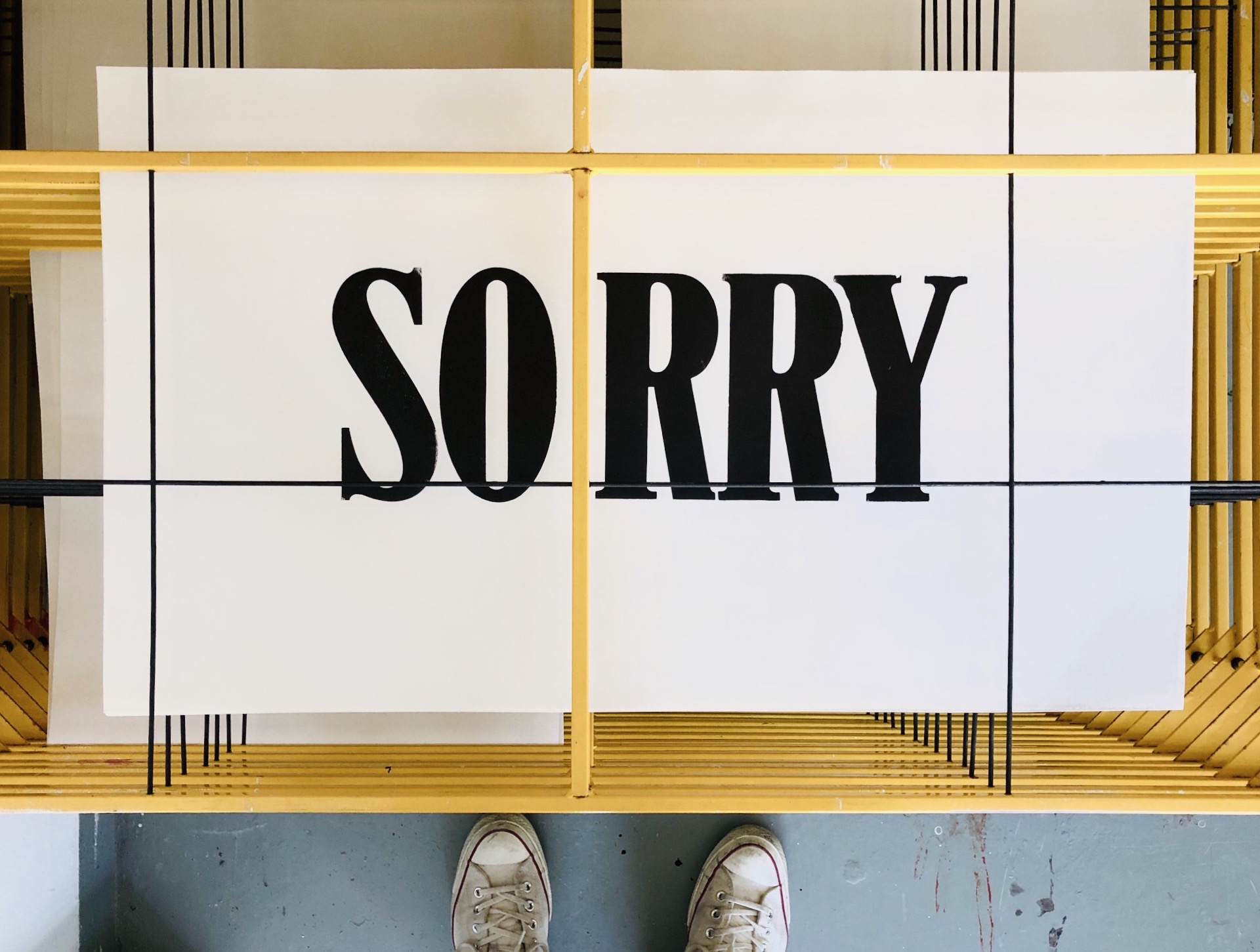 So rry print. Together with artist and designer Veera Kulju, Ilkka combines SO Helsinki, a duo specialized in creative thinking and doing.

The shortlist for Vuoden Huiput, Finland’s best known creative design competition, was published one day before this interview, including work by both Marina and Ilkka. A good thirty years ago on the stage of the said competition’s gala, Ilkka ran into his colleague and some months later entered into a partnership that eventually became advertising agency Dynamo. This year Dynamo is no more. But an end opens ways to something new: Ilkka is developing a new work collective, the premises of which will be inaugurated this month. Regarding other projects, he wants to keep the field open to leave something to chance. “I don’t really want to plan now but to trust my emotion – I’ve been very pragmatic for a very long time,” Ilkka says. Marina is on the same page. “Looking back at my life ten, five years ago, I wasn’t able to imagine my opportunities today. I can only hope that in five years I’ll be doing something I cannot imagine today. If I planned my life in advance in great detail, I’d proceed blind-folded on a very narrow path,” Marina says. However, the plans for next September are clear. That is when the Graphic Designer of the Year 2021 exhibition is to open at Design Museum Helsinki. 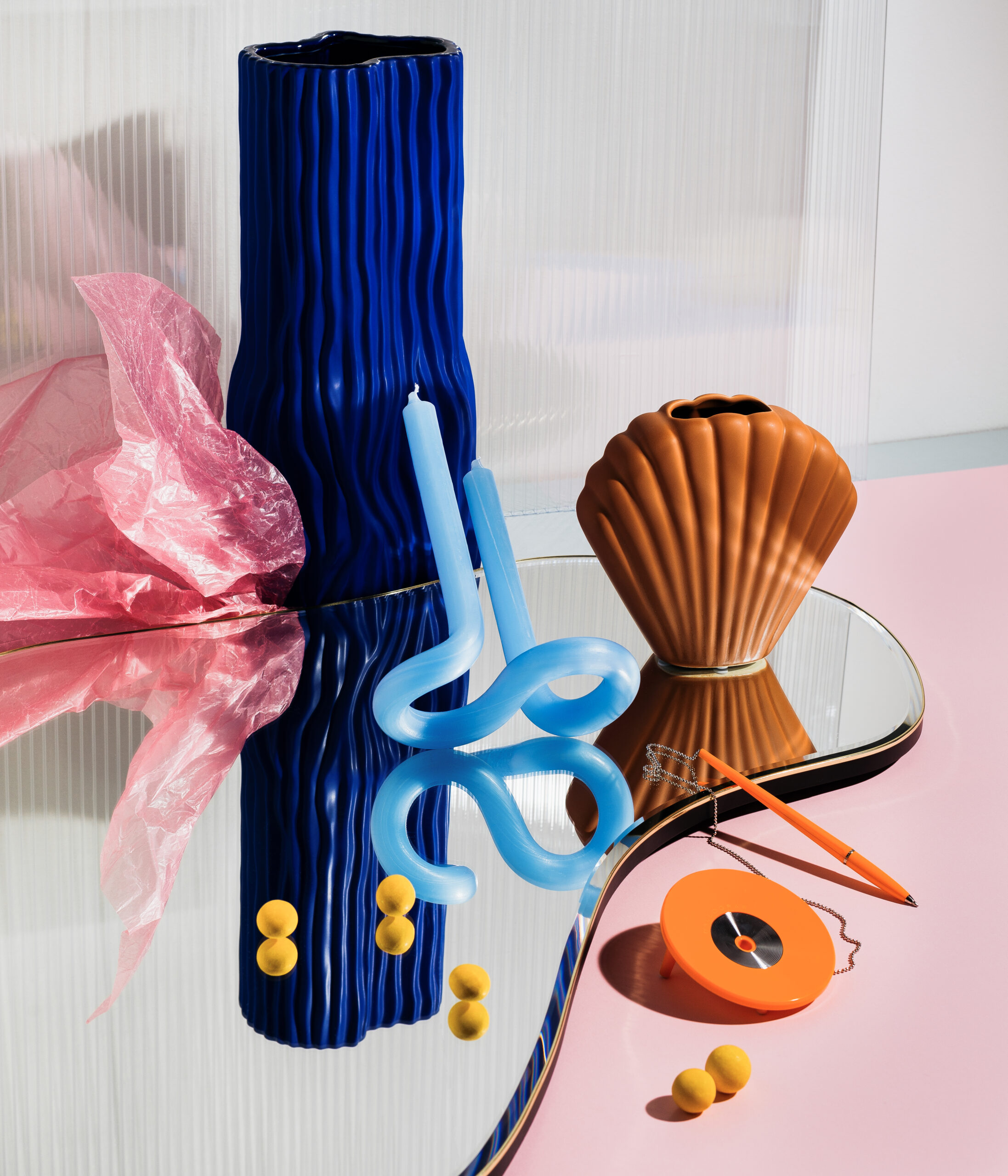 My o My Home. Launch campaign for the new store, designed by Marina in 2021. Photo: Tiina Eronen.

Hanna-Katariina Mononen is a freelance writer based in Helsinki. She does have a degree in design but has since realized that she is more interested in writing stories about it.

Dear reader, what would you like us to do better?