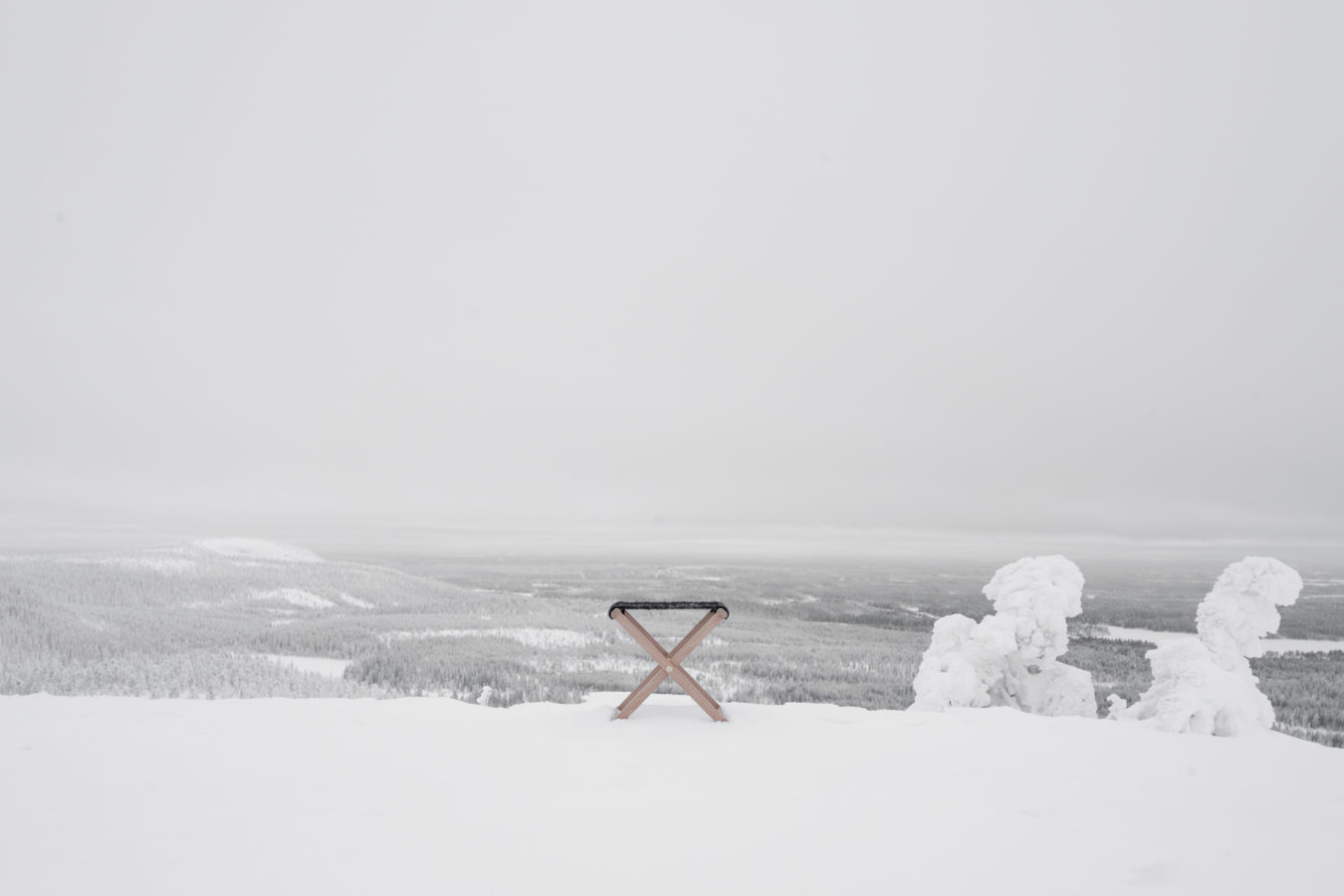 The Weekly series Made in Finland presents Finnish design companies that invest in manufacturing in Finland. What does this mean, and what is enabled by this investment? This series not only highlights the design process but the manufacturing process as well.

Designer Teppo Lakaniemi believes in the power of Finnish furniture manufacture. His products are being made all around Finland. “I have two hands, ten fingers and 14 manufacturers in Finland.”Designer Teppo Lakaniemi does more than talking, he lectures. He is 40 years old, and in a good 10 years, he has turned the Tebian trademark into a significant brand. The recent online store renovation showcases Lakaniemi’s diversity but was carried out for the benefit of consumers, and with it the brand has become a bit more approachable.

Lakaniemi is self-taught, a meticulous designer in terms of details, and he places great value on products made in Finland. He used to make plenty of items himself, but now his objective is to place production piece by piece in his network of manufacturers. Lakaniemi is one of the designers who have great impact in Finnish furniture manufacture. The 14 chosen manufacturers are the result of centralization, he says. Geographically, there is production in half of Finland.“The farthest manufacturer is in Ostrobothnia, the nearest in Töölö,” says Lakaniemi at his studio in Vallila.

This skilled designer’s furniture can be found in the Michelin-star restaurant Grön, for example. Lakaniemi designed the tables for the restaurant. His pieces will also be found in the new Bärö Hotel to be opened next summer; he designed a clothes rack for the hotel. A new approachable favourite is the Levels shelf, but thanks to social media, his best known item may well be the daybed Amélie. It is a great example for this series about “The New Age of Made in Finland”.

An elegant classic, the daybed’s upholstery involves several partners. Luxury sheep’s wool is the only exception to the rule; exactly the right kind of material was found in Sweden. “Amélie is literally a great bed for cooperation,” Lakaniemi says, amused. Its mattrass and pillow were designed specifically by Porin Villa & Peite, a family company founded in 1929. Lakaniemi describes his cooperation with the manufacturers with obvious enthusiasm.

“My visits to the manufacturers and sparring my ideas with them really drives me forward as a designer. Let’s put it this way: I can obsess about details, but my passion in the ideas and dialogue is always targeted at creating a better product.” Lakaniemi is very interested in the various areas of the making and the materials.

“By the way, it is a rather wonderful feeling to see one’s own piece of furniture in the hands of others after all the thinking and design work,” he says. Making furniture in Finland is a larger personal goal for Lakaniemi. “It’s great to be a part of the future of the Finnish furniture industry, and I believe in its strong growth. It’s also a great feeling to participate in making it happen.” 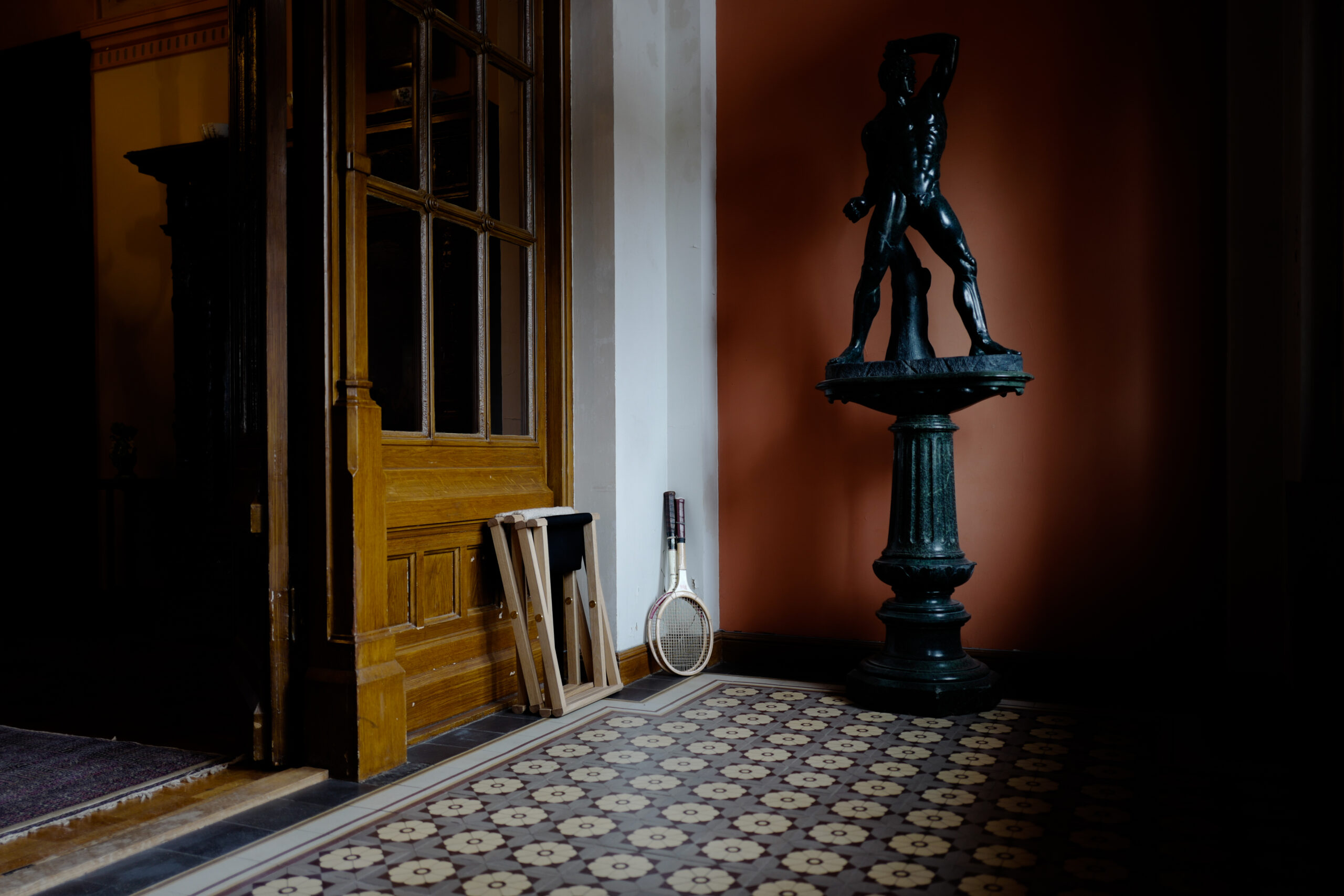 Teppo Lakaniemi says that his design always starts in a need. “The need may be mine or somebody else’s. However, I mainly design to meet my own needs.” An example of the former case is one his newest items, a side table to be placed in pairs in the new Runo Hotel to open in Porvoo. In this case the need was simple: a hotel in Porvoo needed night tables and a designer from Porvoo was a natural choice. Lakaniemi took up the challenge. The table has no name yet but its design is ready. Lakaniemi says he came up with the idea when browsing a photography book, his typical bedside read. The table is a ready-to-use item and already in production. Although the idea for the table was clear, it was difficult to decide on its idiom.

“I approached the night table from a new angle. I mean, its purpose is fairly simple. It needs to support a glass of water and a book or two. Possibly a lamp and the mobile phone.” Most of all Lakaniemi was concerned with the drawer that hotels’ bed tables often include. Why is that? At home, too, the drawer “tends to attract all kinds of junk.” To this end, too, he wanted to design a table without a drawer, one that is light to move when need be. 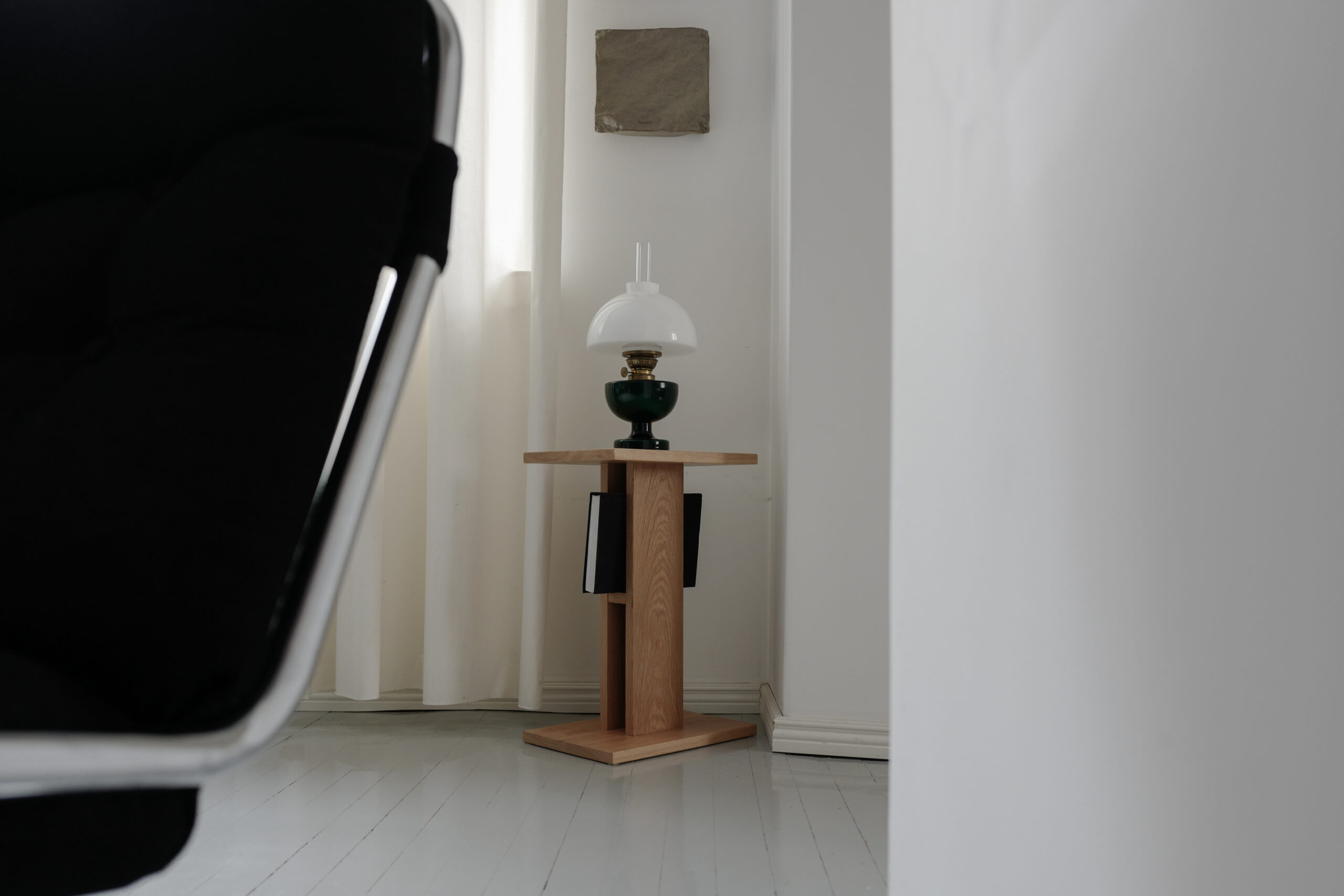 The photo book included some background stories. An old photo of the Wright brothers’ airplane became an inspiration. A side view of the wing of a biplane got something ticking in Lakaniemi’s imagination. “There are two main wings stacked one above the other and some space in between. That really inspired me. The breakthrough regarding the form was near, and the design proceeded to its terminal phase,” Lakaniemi says.

So, there are no drawers in the night tables for the Runo Hotel but two slots that snuggly fit a book – or two. “It’s always nice to start a project based on a need.”

Lakaniemi addresses his design philosophically, yet perceptually. Each item matches with a few attributes: it is simple, extremely practical, and looking at it more closely, includes at least one detail that has required heavy thinking. 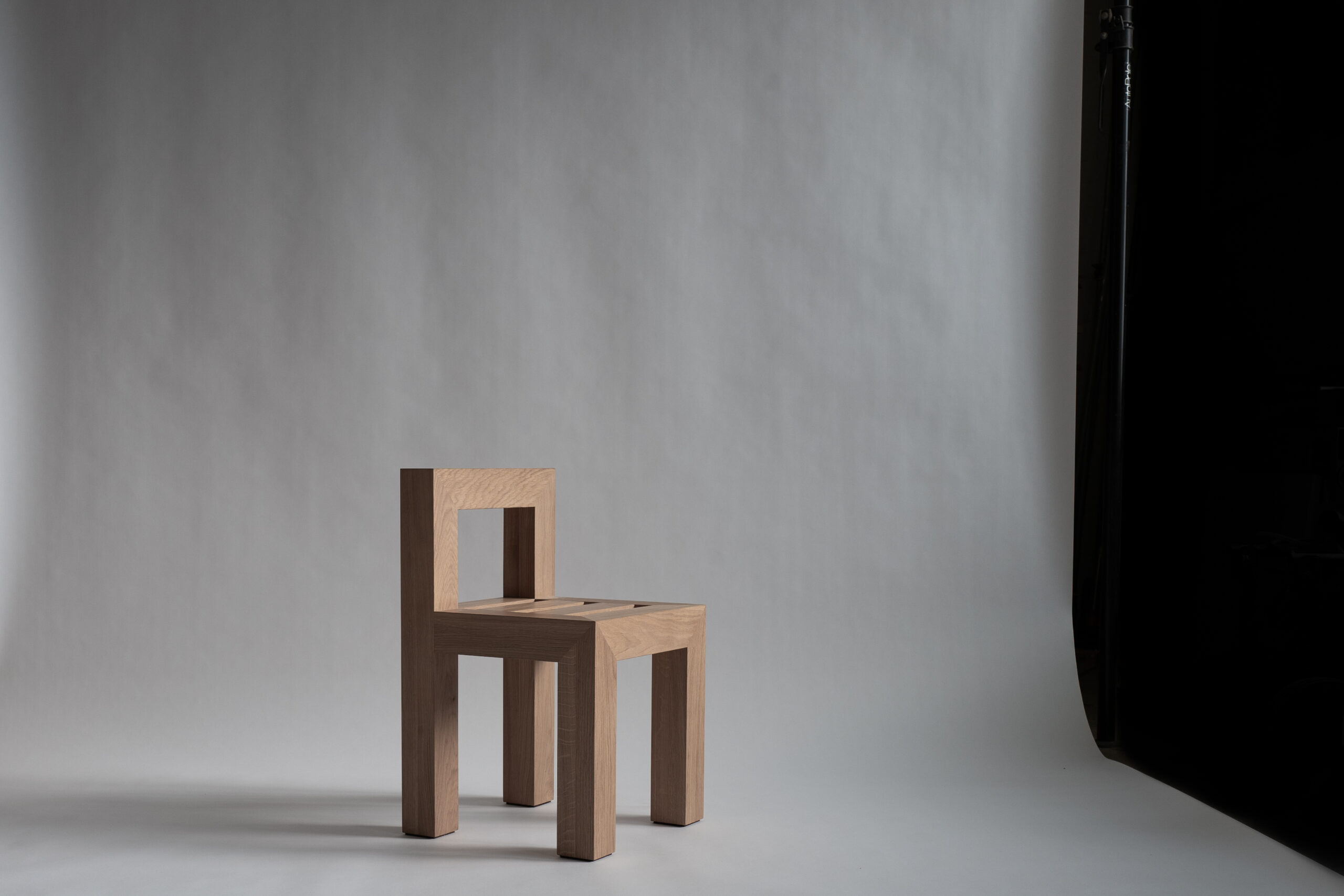 “I really do have time to think,” Lakaniemi says. “I’m alone at the workshop, I design, I saw wood and I think.”As a result he has been able to channel his energy to projects of passion in addition to more commercial items. Lakaniemi is perhaps the most excited when presenting his newest project, a massive oak chair called Buddy. This chunk of a chair is something between art and utility, Lakaniemi says. “Having done this for 11 years, I’ve had the chance to make all types of items. Because of renewing my online store and collection, I’ve put a lot of thought in the commercial aspects.” After something like that, the need for some personal furniture design may arise the designer’s end. “To be honest, I felt the need to do something completely different. With Buddy, I have found the joy of creativity anew.”

Writer Jani Niipola is an author and journalist specialized in the creative economics.

More About made in Finland

Now Reading From an idea to an object – need-based furniture design by Tebian
Read Next Form, motion and colour!