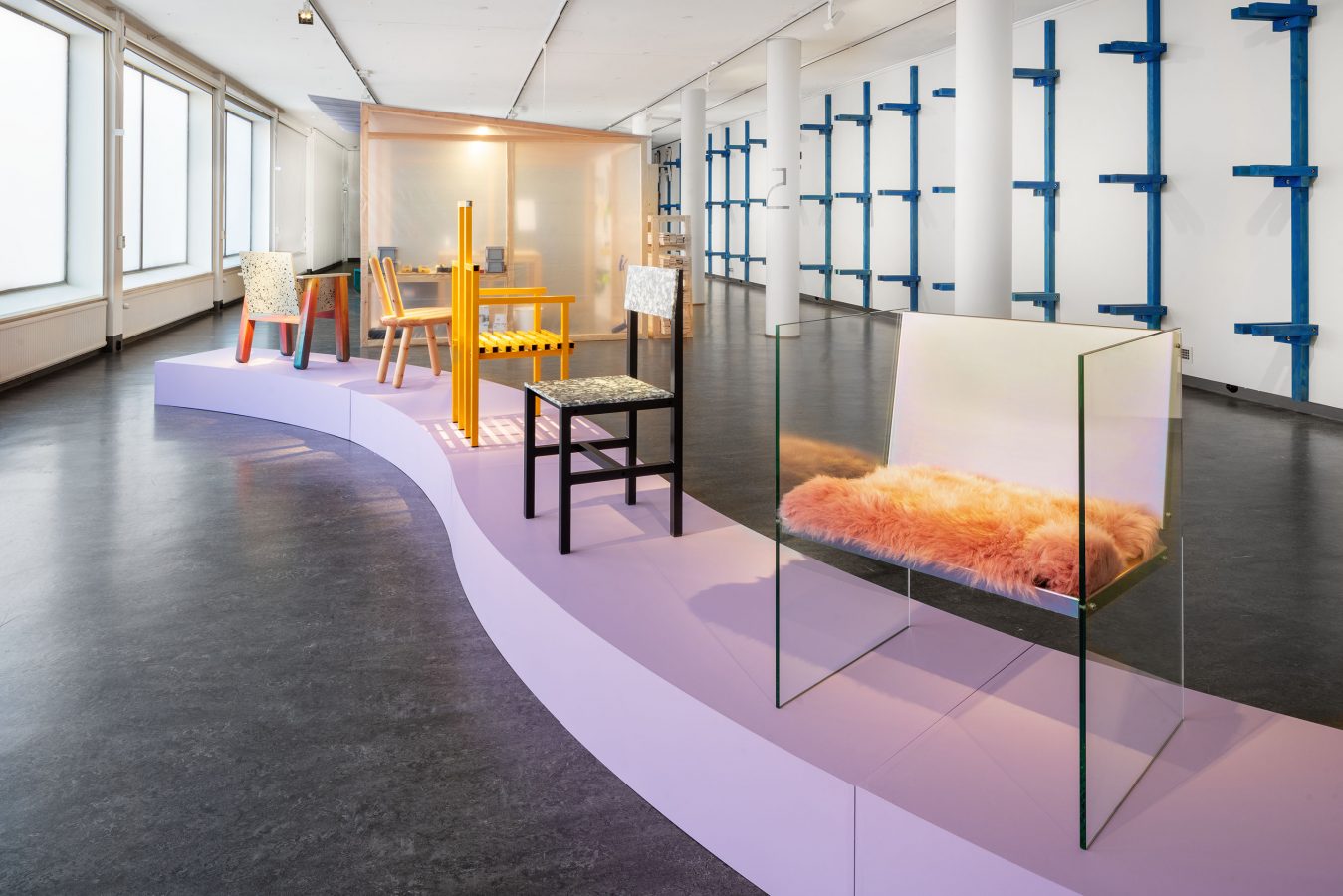 Röhsska Museum of Design and Craft in Gothenburg opened its doors after a time-out of nearly two years. Its opening exhibitions explore democratic design, challenge the roles of the museum and visitors and strive to give new direction to the museum’s future as a meeting place for design.

For nearly two years the red-brick museum building stood silent in one of the busiest crossings in Gothenburg. During recent years, the only museum in Sweden specialized in design and industrial arts has faced some difficulties. The museum was closed in 2017 because of severe tension in the workplace. The idea was to reorganize the work community during the break. It was then decided to renovate the entrance and the lobby area of the more-than-hundred-years-old museum to meet the needs of modern times. The renovation took longer than planned, but now the museum is ready to start a new chapter in its lifecycle. With its first exhibitions, Röhsska wants to provide different ways to look, experience and engage in design and enforce an open dialogue with its visitors.

For quite a while now, design has meant much more than objects; it has become a tool to plan and perceive daily life as well as the world around us. “Design is everywhere” is the message of the opening campaign, emphasizing the impact that design constantly makes on us. For the new beginning, the museum renewed its visual identity, implemented by design agency Aoki.

New exhibitions include a collection of East Asian design’s history and impact on Scandinavian design as well as three temporary exhibitions which explain the design process and design’s role in society.

The Nytt i samlingen exhibition takes place in the architecture hall of the museum, which houses parts of old public buildings, including the balcony of the old City Hall of Norrköping.

“It has been very important that we set the tone for the museum as a place where you can actually get to the depth of what design is and what it can be. We want to show that visitors can take an active role,” says Nina Due, the new museum director who started her position during the closure of the museum.
On the first floor, at the Nytt i samlingen exhibition, one’s eyes get fixed on a LED-lit swing designed by Alexander Lervik for Finnish Saas Instruments. Among other things, this exhibition displays fashion, furniture and ceramics acquired during the past five years. Some of the objects are seen here for the first time. Instead of the museum personnel, the objects have been selected by a jury of experts consisting of school kids and senior citizens. The cooperation with Design Lab S lasted for nearly one year. The design agency is known for its collective work with children and elderly people. Instead of a traditional curation process, the jury created “machines” with which to study the forms, aesthetics, materials and origins of the objects. During the spring, the visitors can bring along their favourite objects to be reviewed by the expert jury.

Nytt i samlingen exhibition’s objects were chosen by an expert jury consisting of school kids and senior citizens using “expert machines” that they designed.

Nina Due says the new participatory processes are also a way to reach new visitors. “The temporary closure of the museum has been an opportunity to reach people outside of the museum and through satellite activities build trust and interest in the museum.”

The Röhsska chair designed by Fredrik Paulsen was listed to become one of the design classics of the future at the Stockholm Furniture Fair in February 2019.

The exhibition called Unmaking Democratic Design: Fredrik Paulsen is all about breaking roles and patterns. Swedish designer Fredrik Paulsen received an assignment from the museum to address democratic design. Paulsen decided to interpret the concept through a chair, and the Röhsska chair produced in cooperation with Swedish furniture manufacturer Blå Station was launched a couple of weeks ago during the Stockholm Furniture Fair. The exhibition and its extensive complementary catalog study design democracy through material choices, usability and production, among other things. An open cost structure helps visitors understand which elements form the price of a Swedish chair made of local materials. As part of the exhibition, the visitors are able to make their own chairs. They have full freedom to design as long as the chair has a backrest and legs and can be sat on.

A designer’s work process is very present in Icelandic Brynjar Sigurðarson’s works, too. He received the Torsten and Wanja Söderberg Award in 2018. His award exhibition emphasizes his relation to Icelandic nature and traditions and his way of addressing design as a means of storytelling. Candles resembling a glacier take a stand on global warming. Sigurðarson has utilized a traditional method of making fishing nets in the details of his furniture series. This exhibition will be seen at the Helsinki Design Museum in the summer.

Brynjar Sigurðarson’s exhibition presents the designer’s production, including glass, porcelain and wooden objects as well as photographs and video installations.

One step at a time

Thanks to the reopening, Röhsska has an opportunity to enforce its role as the local meeting place for design. Last year the Swedish government published a renewed architecture and design policy, by which it strives to strengthen the role of architecture and design in the creation of a more sustainable society. It takes a position to emphasize design and architecture as effective tools which, used in the right way, can bridge the economic, social and geographical gaps in society. Central themes include active cooperation between different operators and developing the public discussion about the role of design and architecture. The government highlighted Röhsska as one of the main operators having an opportunity to promote local and regional cooperation. Last year this led to programme cooperation for the Gothenburg design festival organized by design school Högskolan för Design och Konsthantverk located next to the museum.

After the opening, Due with her team can look to the future: “Feedback from the public will help us know how to move forward. I am looking forward to this opening period as we can then close one chapter and move on to the next stage.”

A dangerous balance reached via trial and error

Now Reading A new beginning for Röhsska – the design museum reopened in Gothenburg
Read Next Exciting exhibitions for every weekend in March!