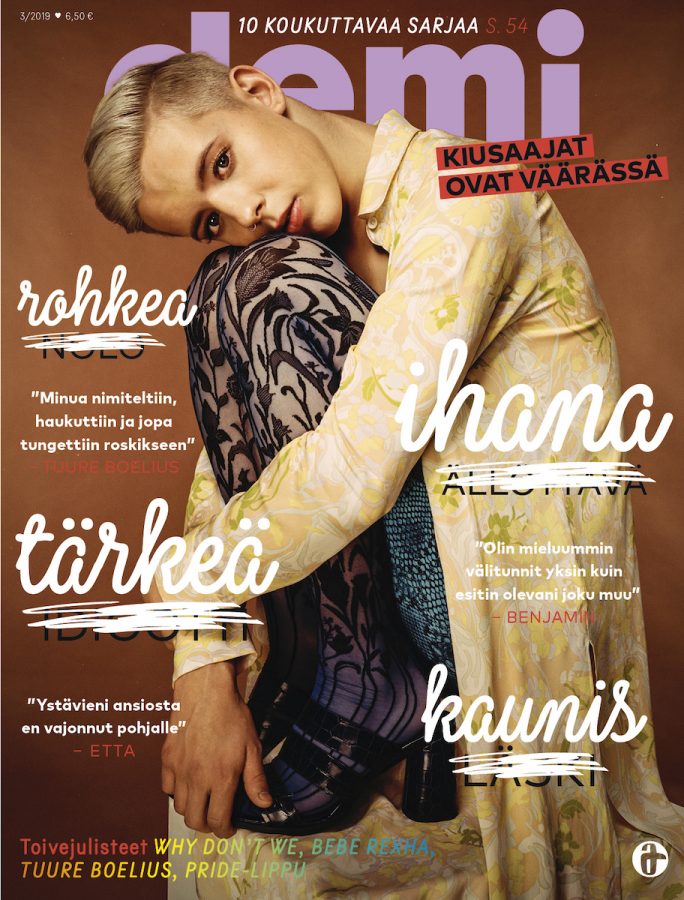 Eeva Värtö is the Art Director of Demi magazine and works hard to reach the generation Z. With an attention span lasting less than eight seconds – how does design change in order to keep the interest up?

You begin by trying to understand.

According to research, members of the generation Z are digital natives that come laced with a value system completely different to their priors. These kids think nothing of the boxes, limitations and boundaries set by their predecessors. According to Värtö, her work as Art Director for Demi, a media brand focussed on reaching 13 to 18 year old young adults, mainly involves being aware. “You must understand that for this generation, race, sexuality and gender are all fluid.”

Concretely this means that all visuals within the magazine for example need to be representative. The people casted, photographed and presented need to be of all possible colours, forms, sizes, backgrounds and yes, genders. “The world for a Z is no longer binary. The change is already built in them and thus Demi, as a publication, can no longer take a stand and say this is what we think is gender, race or sexuality. Instead we adapt,” Värtö confirms.

Sometimes mishaps happen. Such was the case with a YouTube video that involved pressures associated with appearance. Due to unfortunate coincidences, everyone interviewed turned out to be caucasian and highly normative. A small mistake that the staff now actively tries to avoid in the future. “We work extremely hard to try and show the full scale of humankind. Diversity and inclusion is the backbone of our work,” states Värtö.

You then tune your ears and listen.

Having worked with Demi’s print magazine for the past four years, Värtö is now alone in charge of the visual design of Demi. Something which the designer takes plenty of responsibility for. “Visual revolution to me personally means that all image choices in Demi involve a deeper investigation into what is true” explains Värtö. On a deeper level that means becoming sensitive towards what young people really want to see. “We do not make this magazine for our journalist friends or colleagues or the industry awards. The publication is for the readers and their age segment.”

This means listening and reacting to even the smallest signals from the readership. And finally, Värtö reminds, it is a balancing act between hearing what the youth want and offering them something that they might need but have not yet understood to ask for.

A collage from Demi magazine from 2019 showing how the staff work from readers’ ideas, trying to find the most delicious and interesting ways to portray them. The Billie Eilish portrait works as an example of designing through combining press images and illustrations.

You get brave and test the waters.

Eeva Värtö has studied both graphic design and photojournalism which gives her a competitive edge within the branch of all things print. But the designer stays true to the people who she is meant to serve, the readers. “With Demi we often engage the readers into making the issues by themselves, something that we started doing when the magazine turned 20 years.”

This means getting people within the age segment to work as trainees, apprentices and trying to make sure that ideas rise from within the group. Not only from the staff well over their thirties. And when you get an idea, you act.

“By listening to feedback we can concretely test the waters with new ideas. Sometimes we use Instagram to ask about cover photos, sometimes we use our social media-based lab group to tell us their opinion and sometimes we wait for the DM’s to drop in,” explains Värtö.

Being brave and able to test, according to Värtö is the only way of staying relevant within the gen Z. “We do follow the aesthetics of social media a lot. Print media for the youth must be done in a manner that is colourful, easy to read, addictive and most importantly, something that is able to compete with their smartphones.” 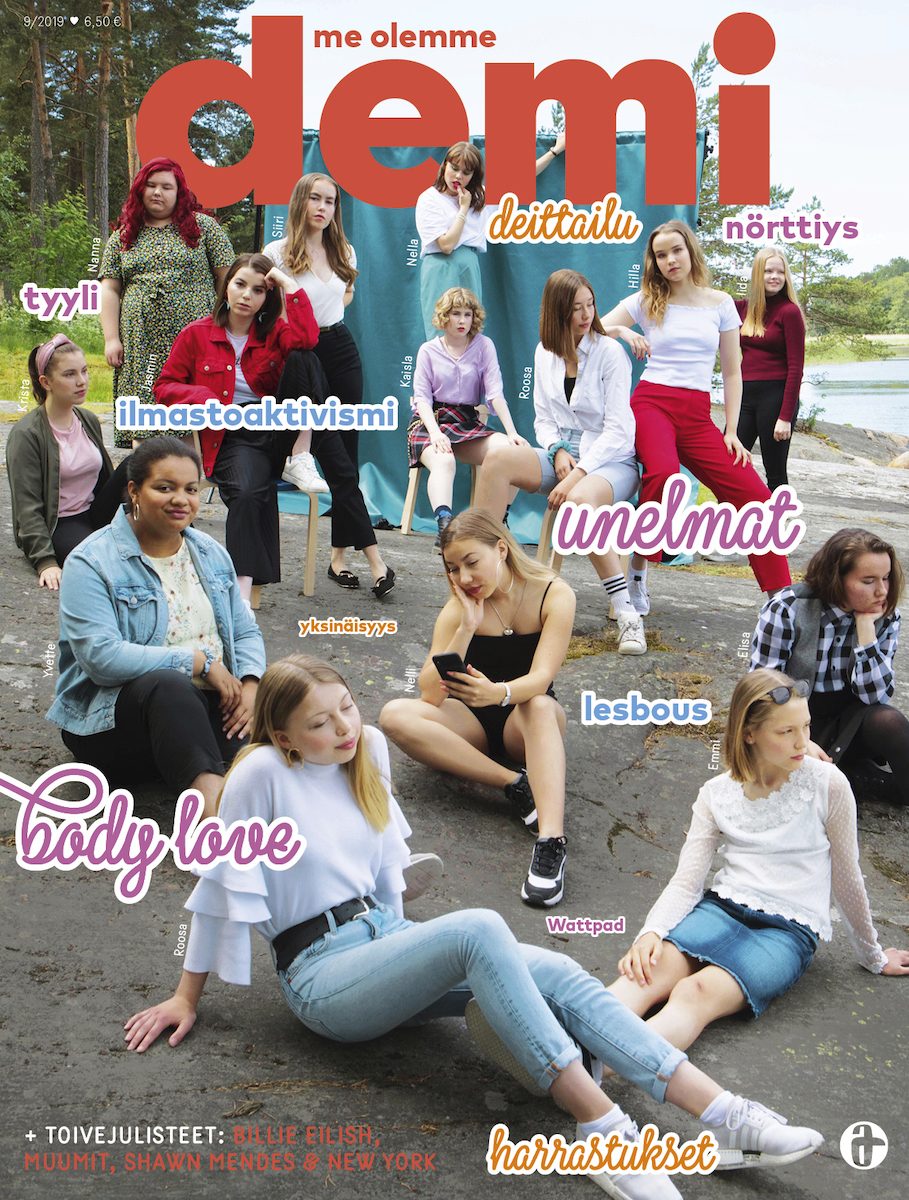 A cover image showing the whole staff comprising of young readers, trainees and contributors. The main message behind the cover is to show how Demi engages with the age segment and how hard it works for diversity and inclusion.

Finally, you respect them. They might be gone in eight seconds.

According to Värtö, it is crucial to remember that these kids have no need to feel loyalty towards a publication. With an attention span of less than eight seconds, the gen Z is quick to move on. What is done for them needs to be cool but not too cool so that the coolness itself will deter them. A magazine needs to be laid out so that it still remains readable but cool enough for the youth to want to pick it up.

But as Värtö also reminds anyone interested in engaging with the gen Z, the age bracket is tricky including huge gaps between the ages of 13 and 18. What should one then do to stay fresh and in tune with this mob? Use a lot of Instagram and be quick on your feet. Gen Z is already leaving the platform now more and more inhabited by their parents generation. “Remember what happened with Facebook? That is already happening so make sure you get in with TikTok and Snapchat in time to stay ahead of the trends” reminds Värtö laughing.

With years of expertise working hard for this generation and on their terms, does Värtö have any final words of advice? “It is always better to ask than do wrong.”